It's that time again. Time for a quick check in. Let's dish the dirt with toy talk and more!

I have been a busy busy girl. With all that busy body work comes a few fun things I want to share with you all. First off, how have you all been doing? I hope that you are all doing well. I have wanted to post more this month but I was busy with quite a great deal, but I thought I would share with you some links that are quite delicious.

Some of you may already know I used to be an official writer for the fun filled site Retro-Daze.org. Vaporman87 offered me the job a couple years ago and it was such an honor to be asked to write for the site. I was going through some rough times in my personal life so to have that opportunity, to have someone give me a chance, it was very special. Eventually though I had to stop my duties as an official writer as I took on two jobs in my day to day life. I just couldn't keep up with creating new and exciting content that quickly.

Everything works out though because the current official writer, Hoju Koolander, has been doing a fantastic job churning out amazing content week after week for awhile now. I don't think I could have ever come up with the varied topics that Hoju writes about. So check the site out, there is a forum and other wonderful writers posting articles on various retro pop culture topics too.

Before you go though, I have written something new for Retro-Daze as well. (I know, it's been a moment) The topic is my top favorite retro toys purchased from 2015, so be sure to check that out right here.

Toys belong in a Children's Palace

I have spoken about Children's Palace before. It was a chain of toy stores that rivaled Toysrus back in the day. Most people in my life have no memory of the store, but I have the receipts! (That's code for proof) I received a message from Dannyd on Retro-Daze awhile back and the message contained the important information that would prove my memories real. ChildWorldRocks is an epic website featuring all kinds of details about Children's World and Children's Palace. If you are a fan of toy stores from yesteryear, this is a must see website. There's all kinds of information including memorabilia and the current locations of where the now defunct stores once stood. It's just a treat.

A few of you know that I appear on two delightful podcasts, Geek Fallout and Eclectic Mayhem. Both experiences are a joy as I adore the people on both shows. I am truly a lucky gal to have like minded people to chat with about all the fun things that make my heart flutter. Those experiences sometimes lead to other kinds of events. Earlier this month Jason Gross from the Recurrent Events podcast from Rediscover the 80's asked me to be a guest for an episode. Actually, Jason had invited me back in December but I had been too busy to say yes, so I was thrilled to be able to record this month.

The episode can be found at the Recurrent Events page and the episode is from January 8th. I loved being a guest, it was so nice to talk with Jason Gross, Wyatt Bloom, and Stacey Rader. (Stacey is everyone's favorite Geeky Vixen and has been a guest on Eclectic Mayhem before.) The topics were David Bowie, the Masters of the Universe fan film Fall From Grayskull, the Batman '66 Lego set, and Run DMC. It was a fun experience so if you enjoy listening to podcasts give it a shot. Just a really great group of people, Mr. Gross does a really fantastic job over there as well as the work he does with Wyatt with the Agents of M.A.S.K. site. Those two guys are big fans of M.A.S.K. and it shows. I can only hope their dream and script for a M.A.S.K. movie captures the attention of Hasbro!

Who doesn't love retro video game styled shirts and other fun products? Well Marty Millar, the brains behind Slippytee has designed a great slew of retro gaming products. I am in awe of his work and while I know he already has a following, I wanted to share his work and find new people to also enjoy what he creates. His Metroid shirts are to die for. I really enjoy looking over the stuff he has for sale. The proceeds from his sales also go to the Irish Heart Foundation, which is a very cool thing. Check his stuff out at Slippytee Clothing.

That's been about it. Those sites have been keeping me busy for the past few weeks and I hope they can keep you busy as well. I also wanted to take the time to thank everyone for commenting, messaging, and emailing me about the latest installment of All My Toys. I am having so much fun bringing my Barbie dolls into the mix so I appreciate those of you who are still along for the ride. I promise it will be fun and is leading to some great things. Up next though I am wanting to dish on Hasbro's take on the Disney Princess toy line. They have done some remarkable things so far and I am just giddy about it. Hope everyone is doing well! 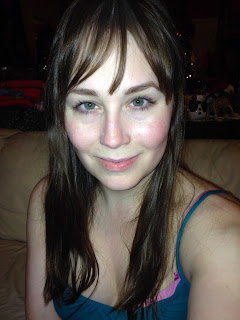