I've talked about my dad on here a few times. He looks like a terrifying mafia guy, but he is a real softy. Although don't get it twisted, he loves being compared to the Godfather and Sopranos. While some Italians would run from the mafia gangster stereotype, my dad fully embraces it. He firmly believes that the Godfather is the best movie ever made.

In fact, it was mostly due to my dad that I grew up loving movies so much. He has always been the master of movie quotes. Some of our requisite movie watching growing up involved Jaws, Revenge of the Nerds, Indiana Jones and the Temple of Doom, Predator, and Mad Max Beyond Thunderdome. I remember when Terminator 2 came out, he took me to see it and I felt so cool because I was way too young to be seeing a R rated movie in the theaters, but he just really wanted to see it. (I wanted to see it too! Terminator 2 was a big deal, and I had such a crush on Edward Furlong.) Other movies I had fun watching with my dad in the theaters were Wayne's World and Ladybugs. He has always been a huge fan of Rodney Dangerfield, so I was schooled on the comedian early on.

I say all these things, because I have so many fond memories of my dad tied to movies and pop culture. But that isn't the only reason I love him. He has also always done whatever he could to care for us. He loves to laugh and he makes up words that are a cross between Italian and baby speak. He also is the one who has given me the most nick names in my life. My dad loves nothing more than shortening words or coming up with other phrases to describe something, it's a source of a lot of humor with my brother and me.

I really don't know what I'd do without my dad. It hasn't always been easy, I remember there was a time when I was going through a rough day, and I snapped at him. I was just not feeling it that day, and I felt so bad because he had this look on his face like, "Oh no, not my little girl. Don't tell me she is turning on me." It's different with my dad than it is my mom. Like my mom and I can go all Dark Phoenix on each other and then laugh it all off because we get that we were just going through something, but my dad totally freaks out about stuff like that.

One of my favorite stories about my dad involves the Crystal Castle, which can be read here. Essentially I had a bone marrow test taken when I was little to help with my genetic disorder I was born with, and I was in such pain and out of it, that my dad wanted to do something, anything, to make me forget about my pain. This being the 80's, a trip to the toy store was the logical option. He swooped me up in his arms and carried me through Toysrus looking for the Crystal Castle as a way of putting a smile on my face. Now, the part of getting a toy was not the part I love about this story. My love for this story is that my dad has always been the kind of man that has done whatever he could to help his family. He is a source of strength, laughter, and calmness that I don't know what I'd do without. He is my dad, and I love him so much.

He is not one for taking photos, he takes after his mom, they both hate taking photos, but I thought I would share some on here that were on my laptop through the past years. I hope that you all had a nice Father's Day! 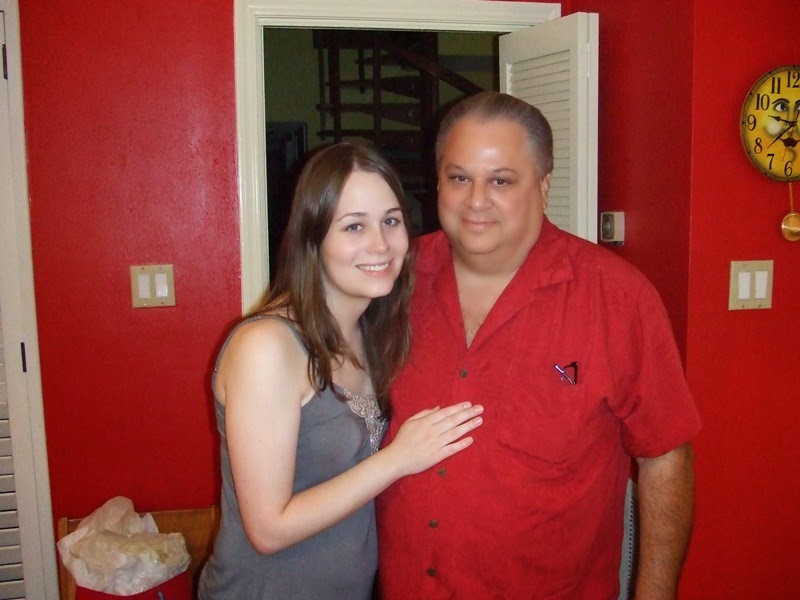 My dad and me probably like 7 or 8 years ago. 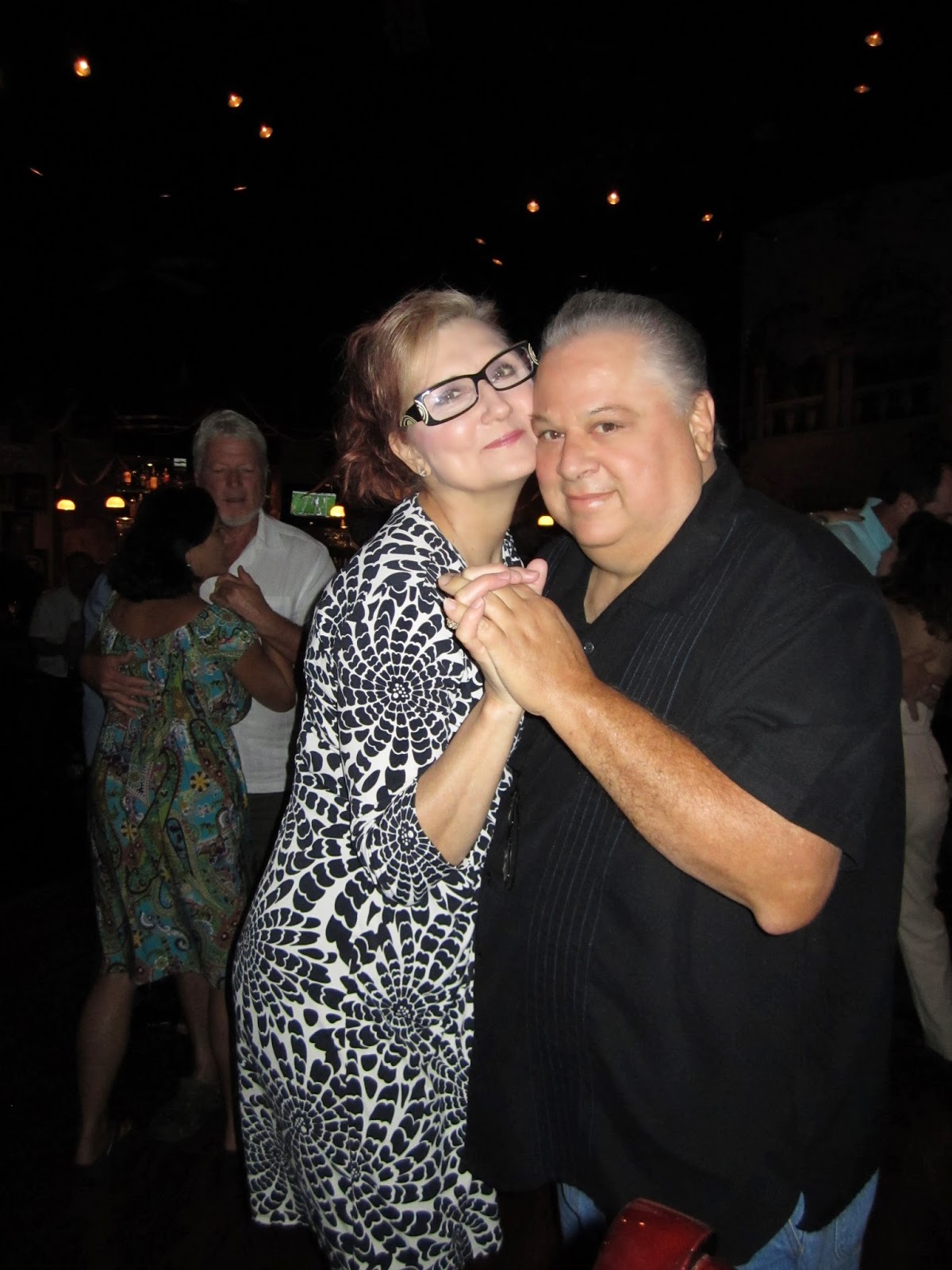 My mom and dad. They love to dance. 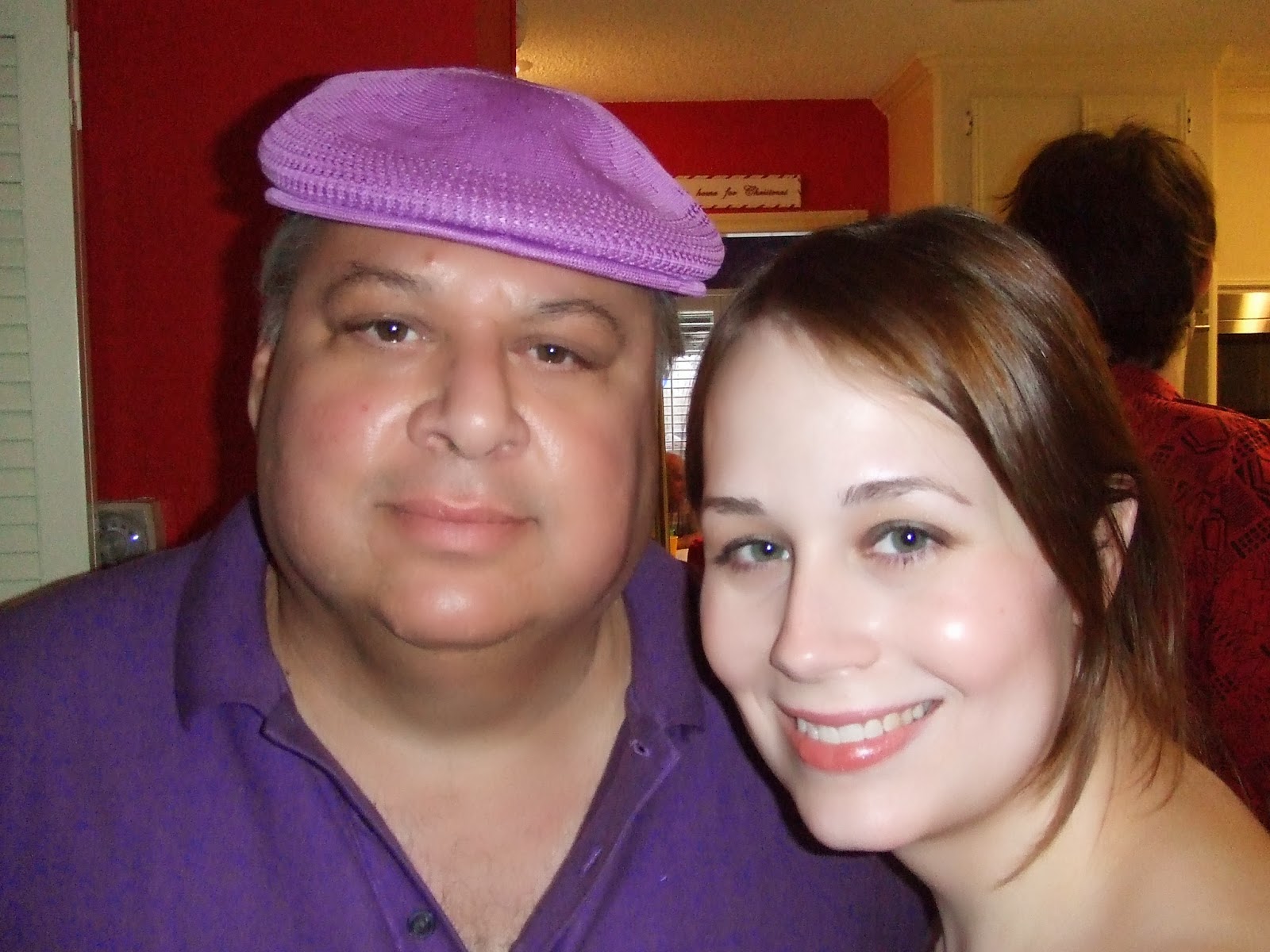 Another picture of us. My dad loves wearing fun clothes. Black is his go to color, but he loves the flash and pizzazz of some color too. 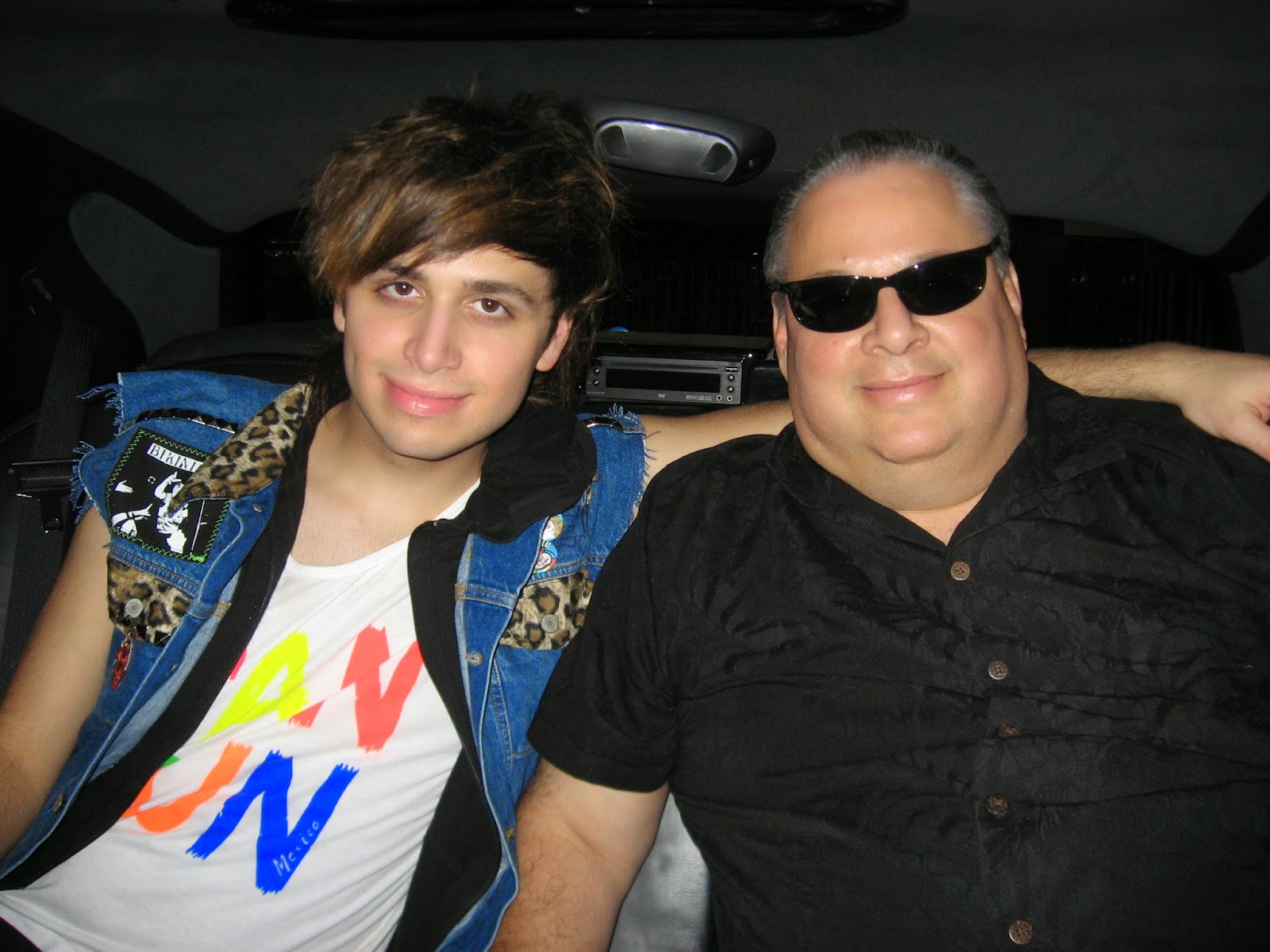 My brother and my dad from a family vacation like at least 6 or 7 years ago. 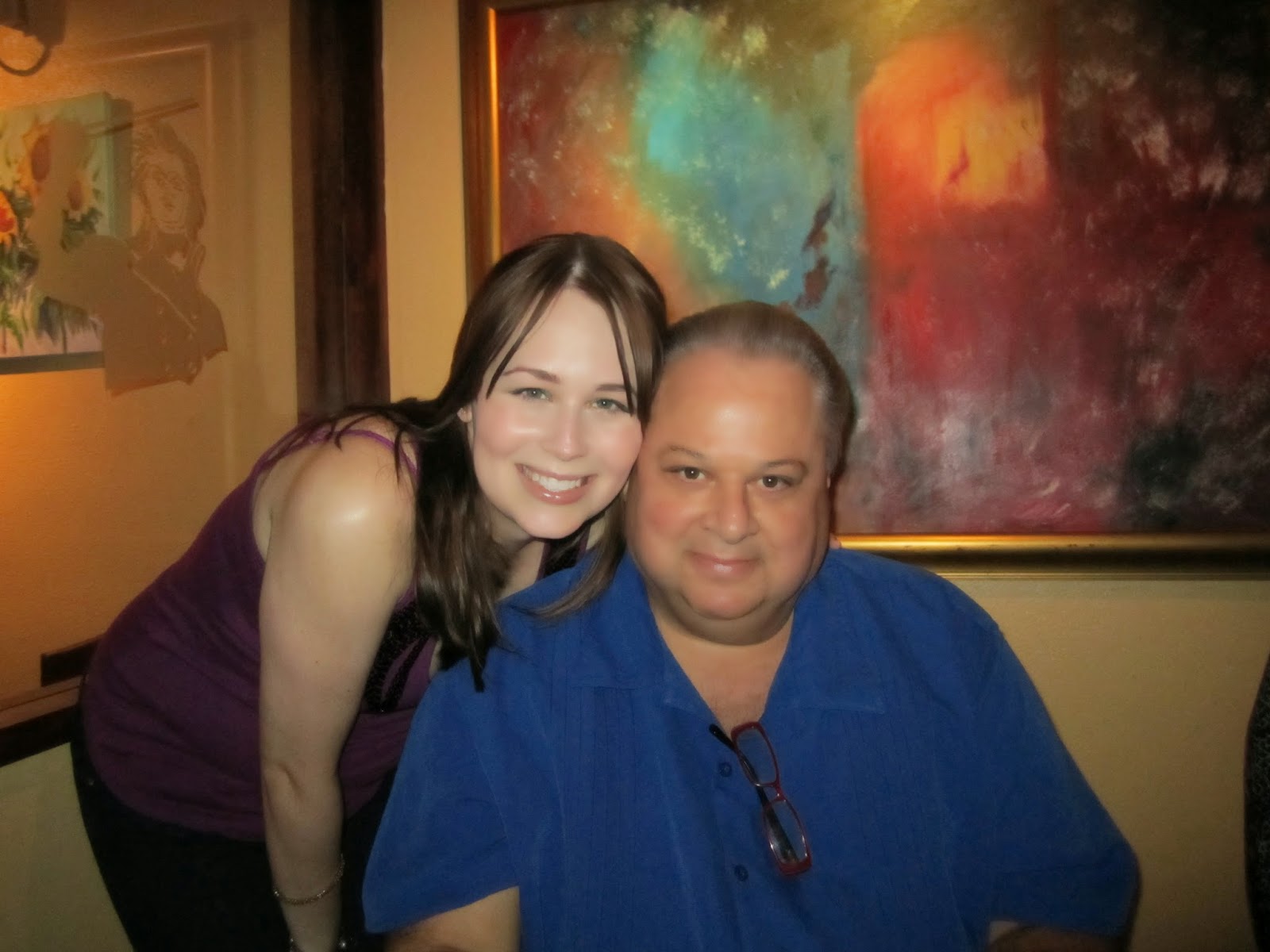 I tend to do this pose with my dad in pictures. You'll see it again. 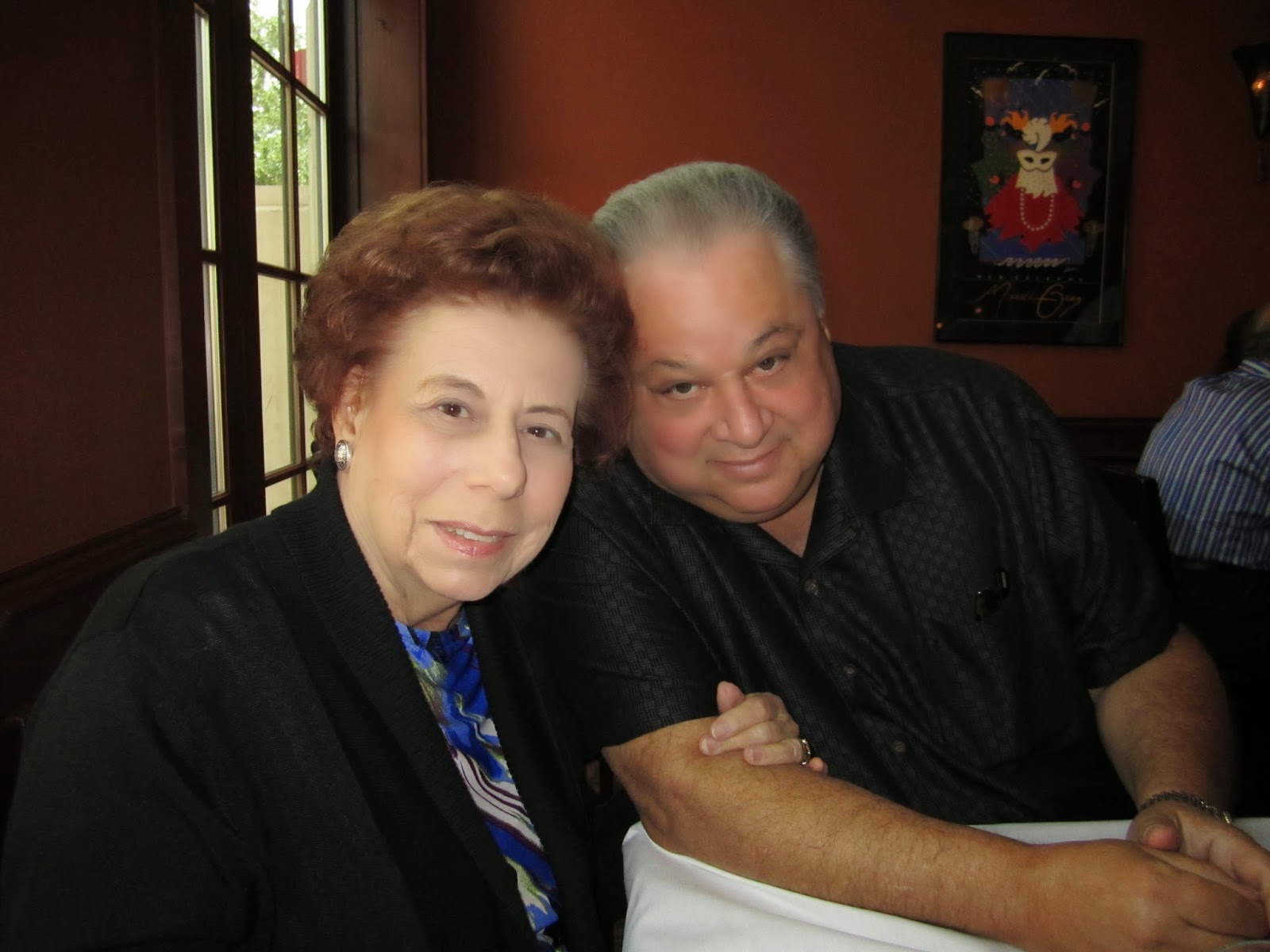 My dad and grandmother. They hate taking pictures, but I think they take wonderful ones! 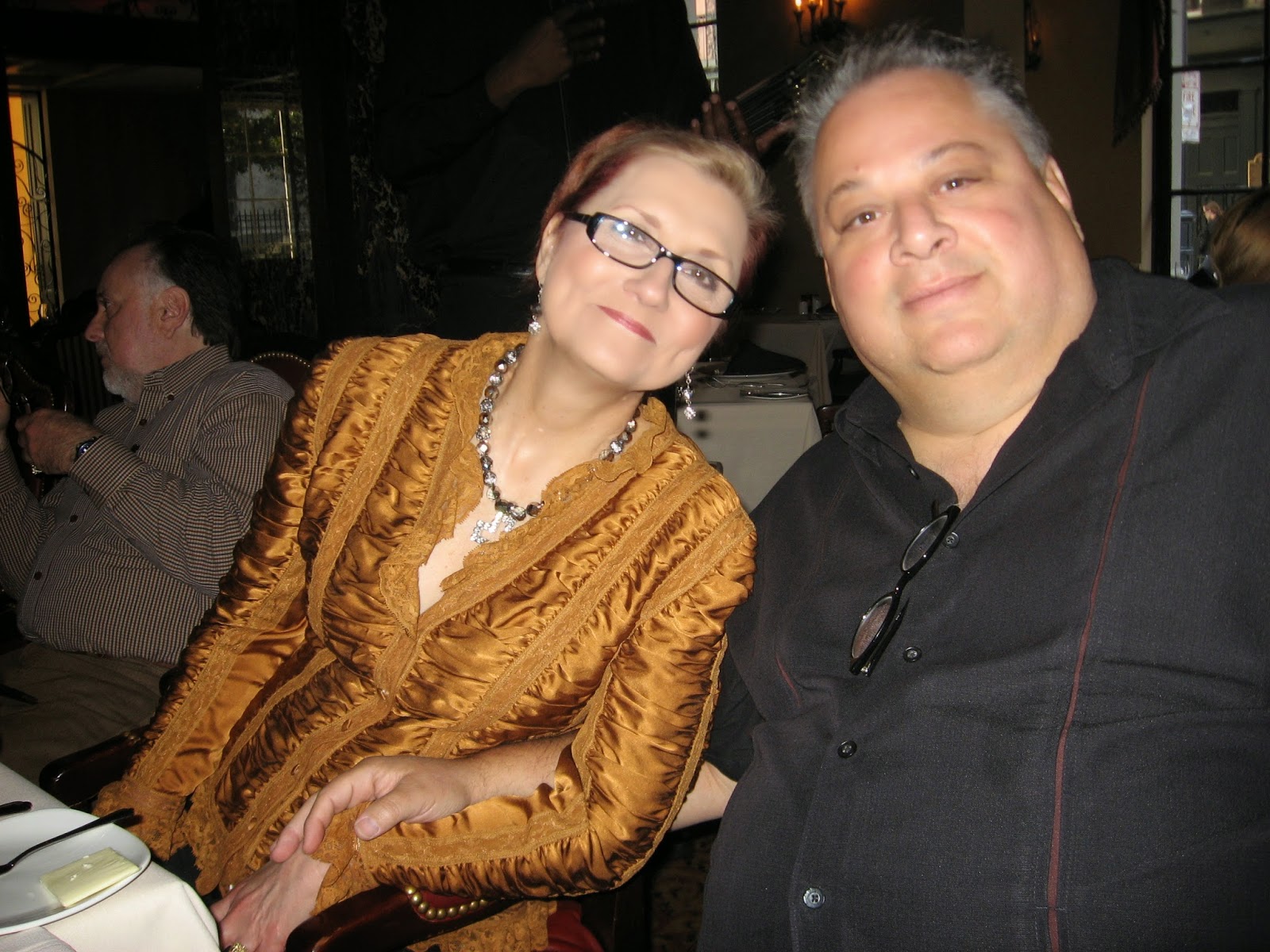 Another one of my dad and mom. 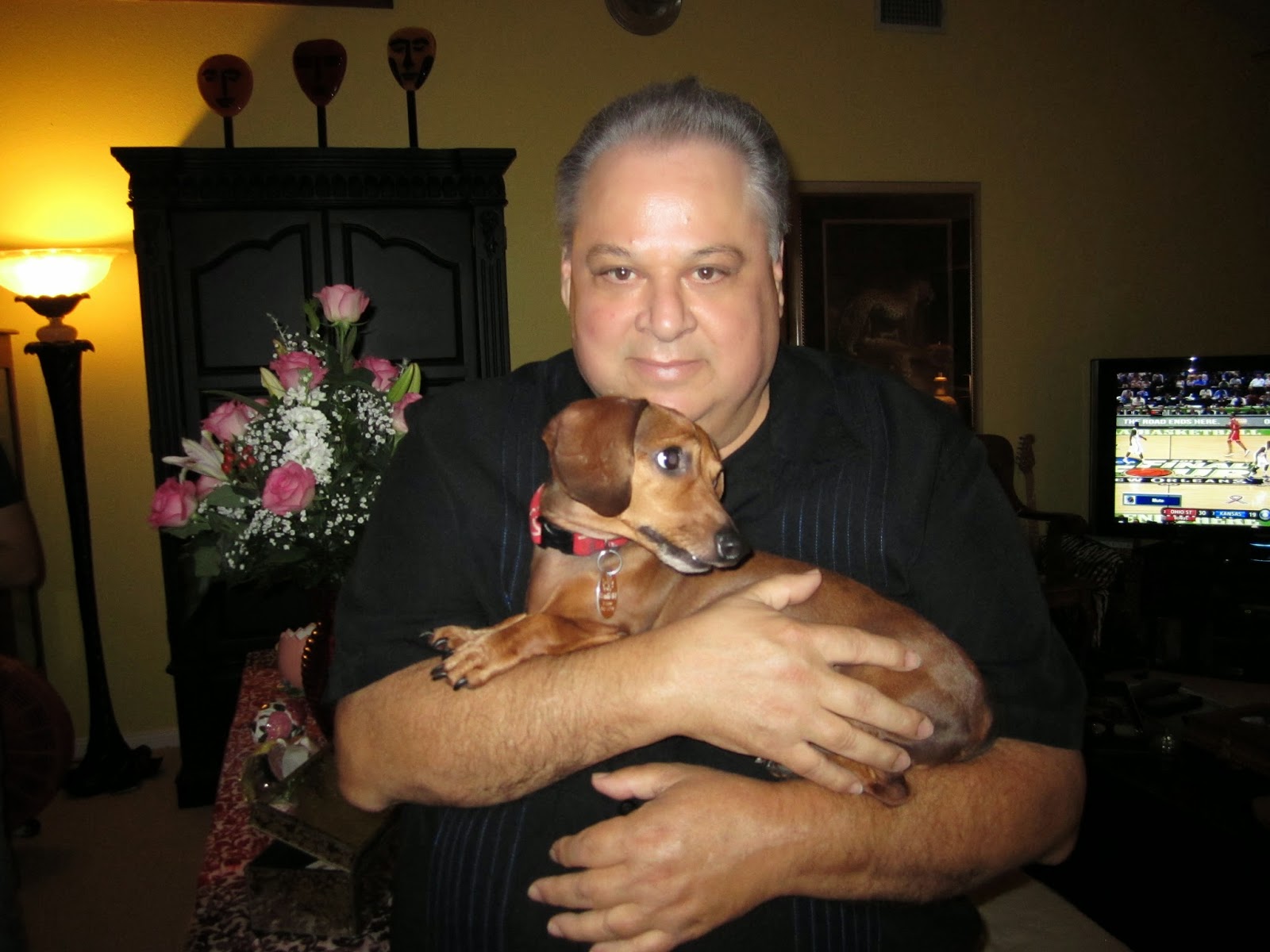 My dad and his granddog. Yes, my have a granddog. (Although they also recently rescued a poodle back in March that is the cutest thing.) 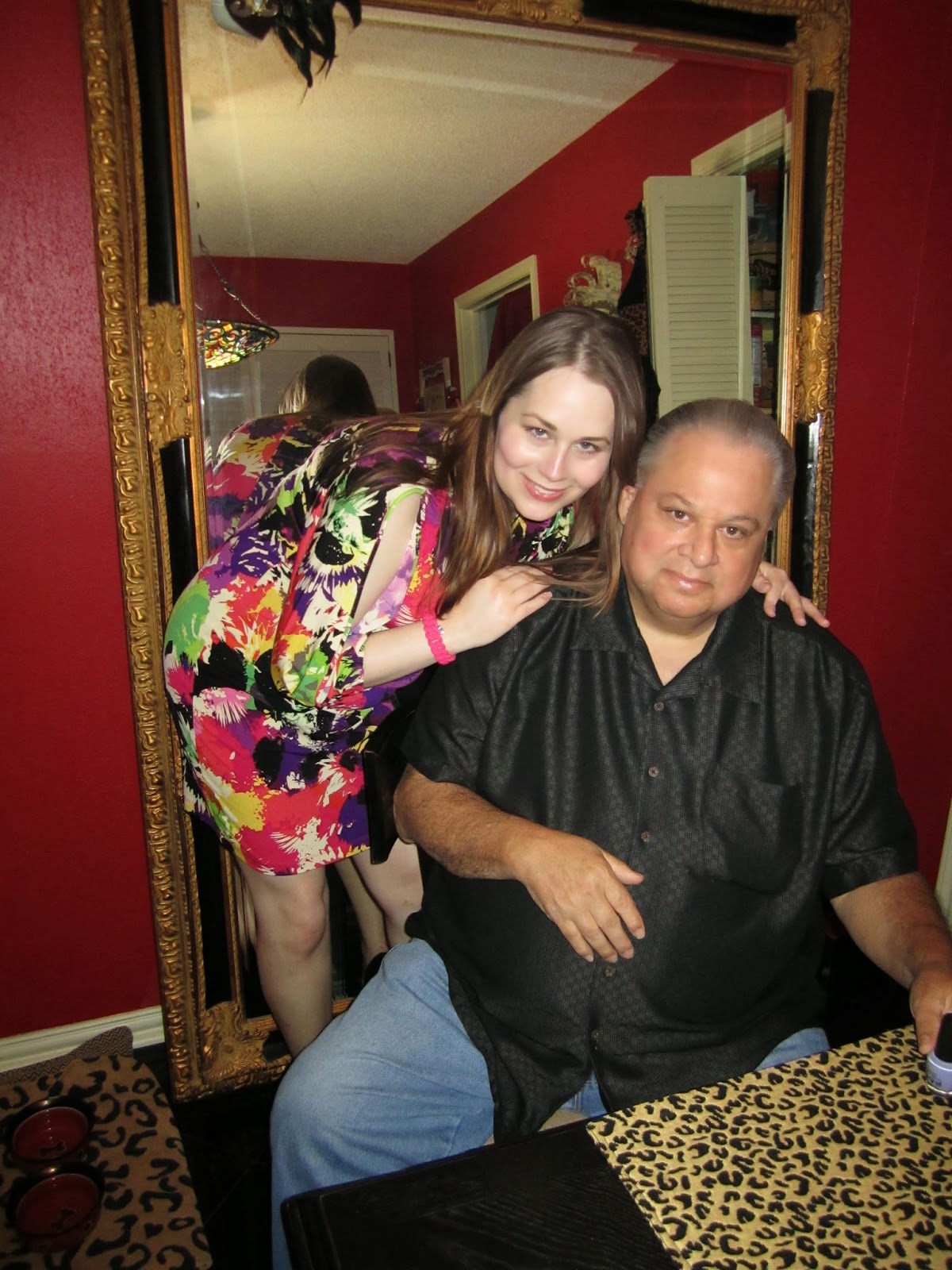 This was on my birthday from 2013 I believe. See, I tend to do the same poses with people. Also, my dad and brother are so lucky to have such nice olive skin. 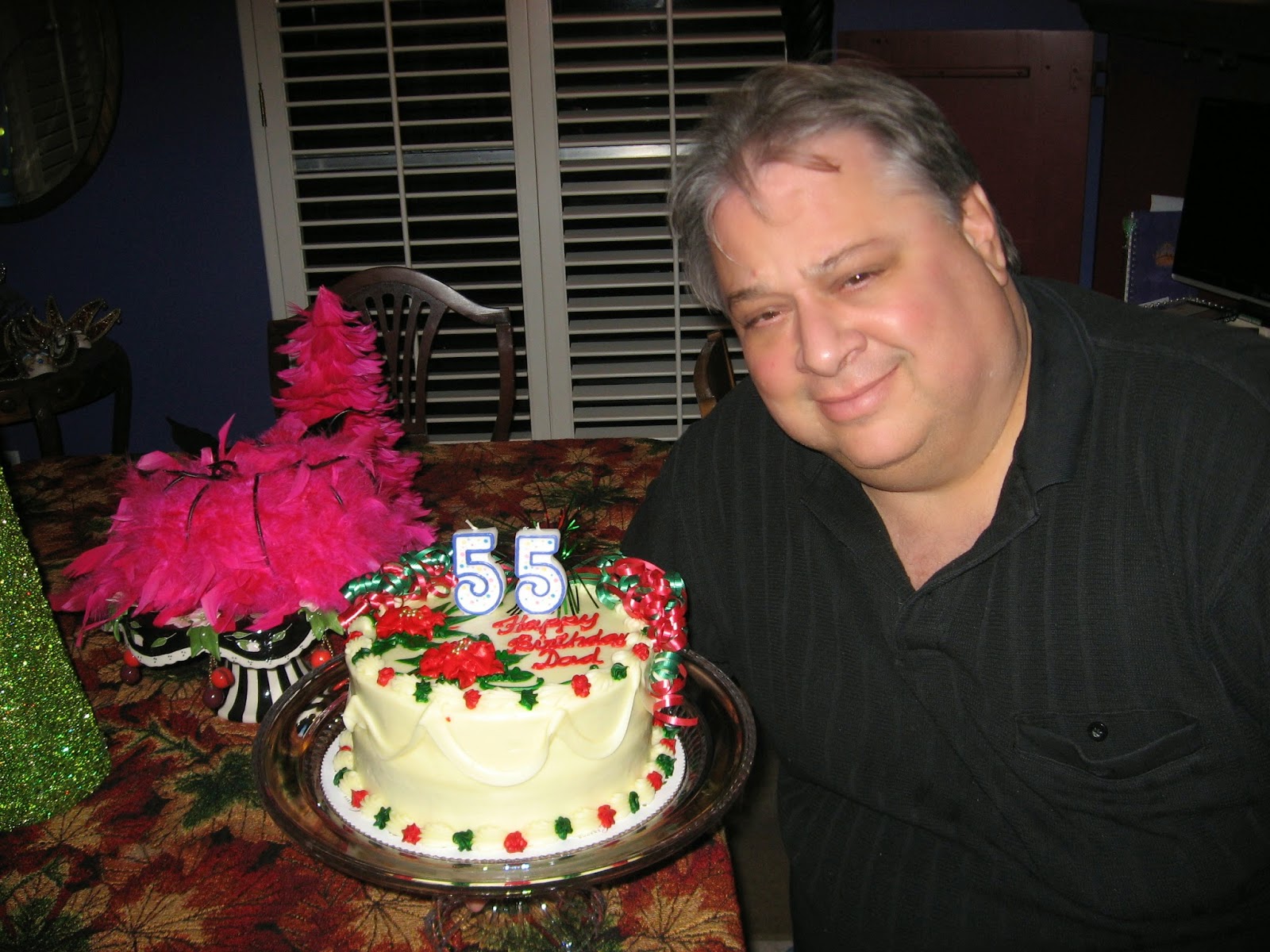 Ok, so these next few pictures are some of my favorite. These were from my dad's birthday five years ago. 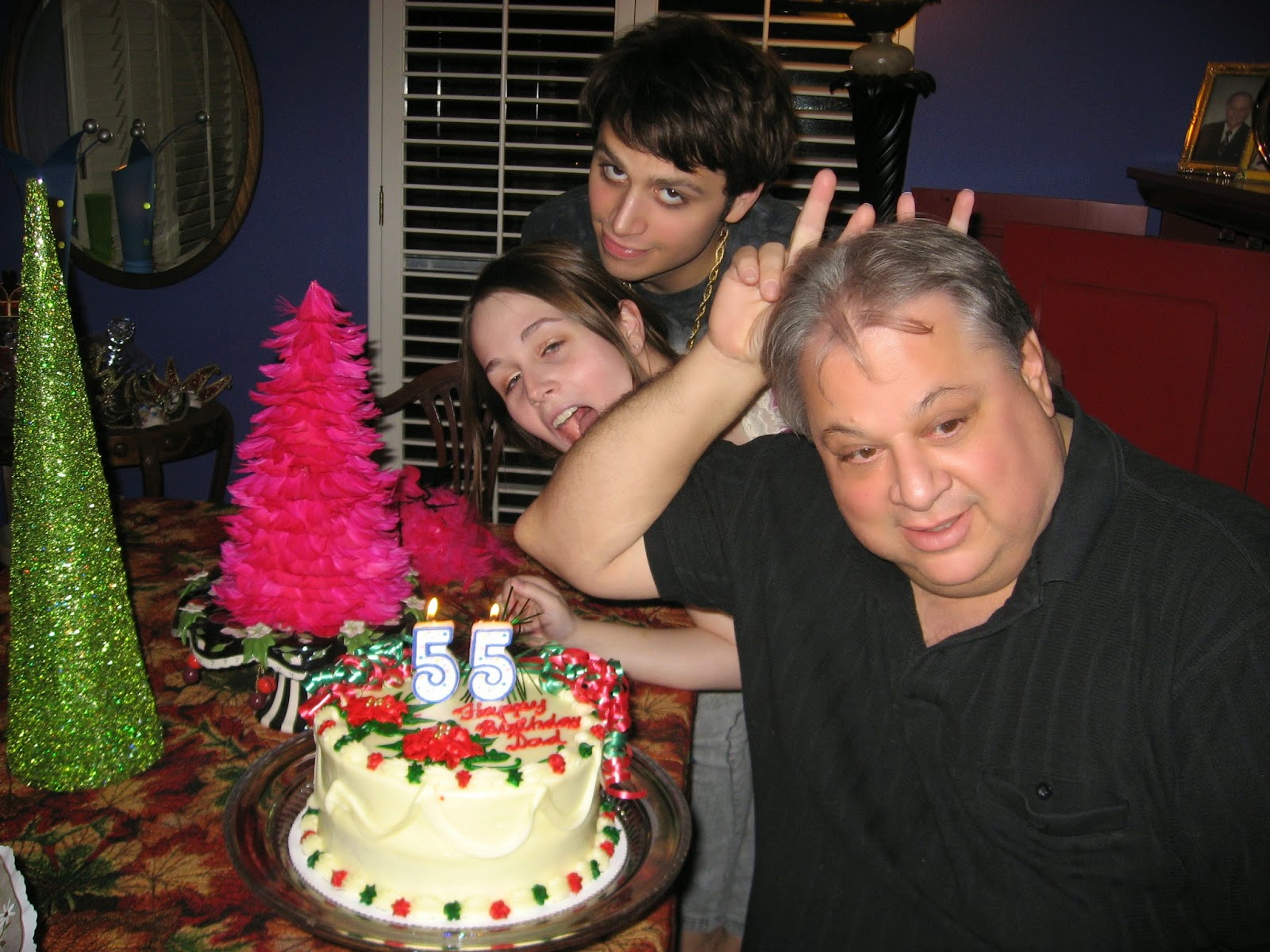 He loves to have fun no matter what. Even when the candles are lit on his cake! 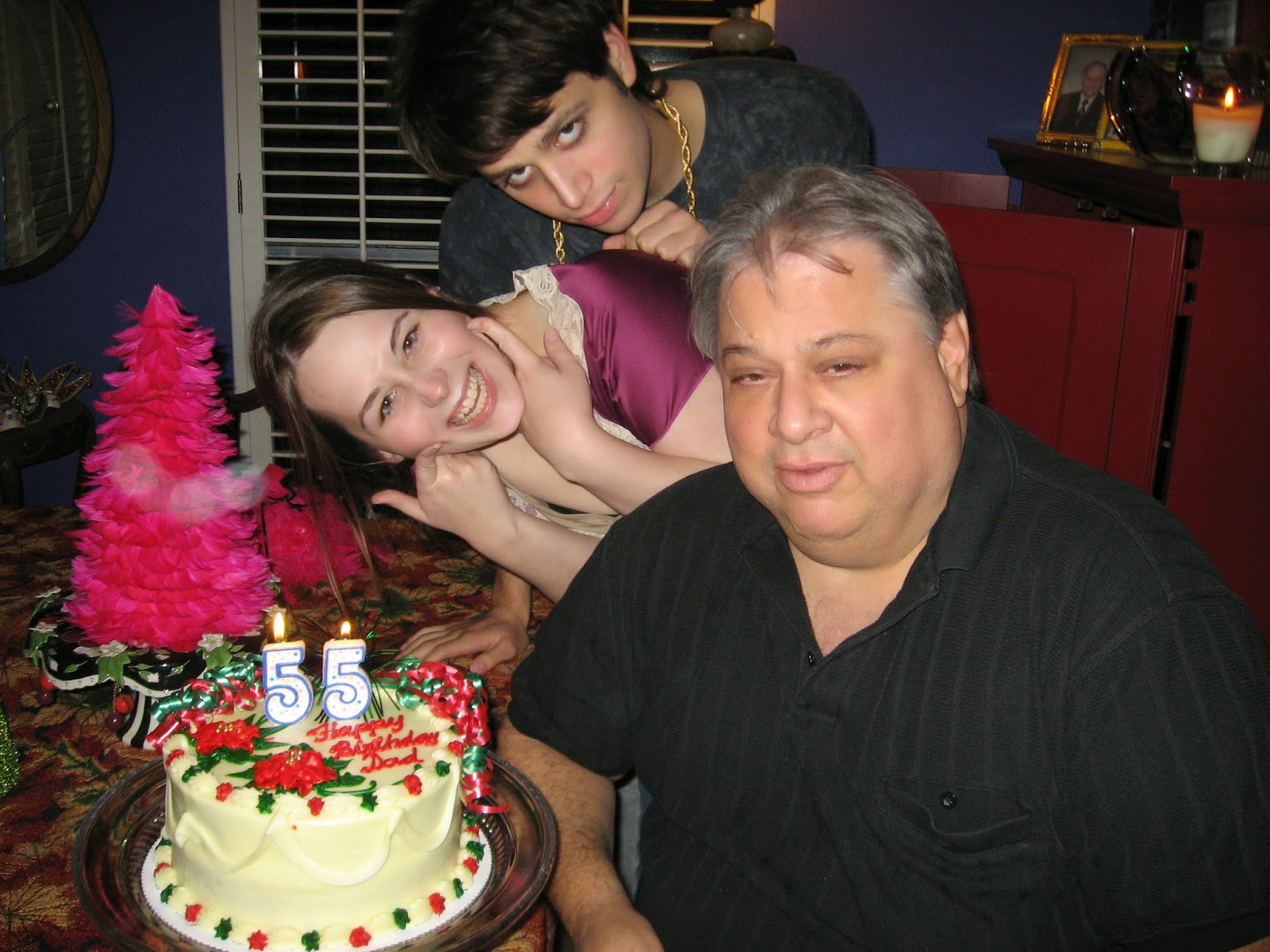 Just goofy. My poor dad was like, "I just want to blow these candles out and eat some cake and cream." 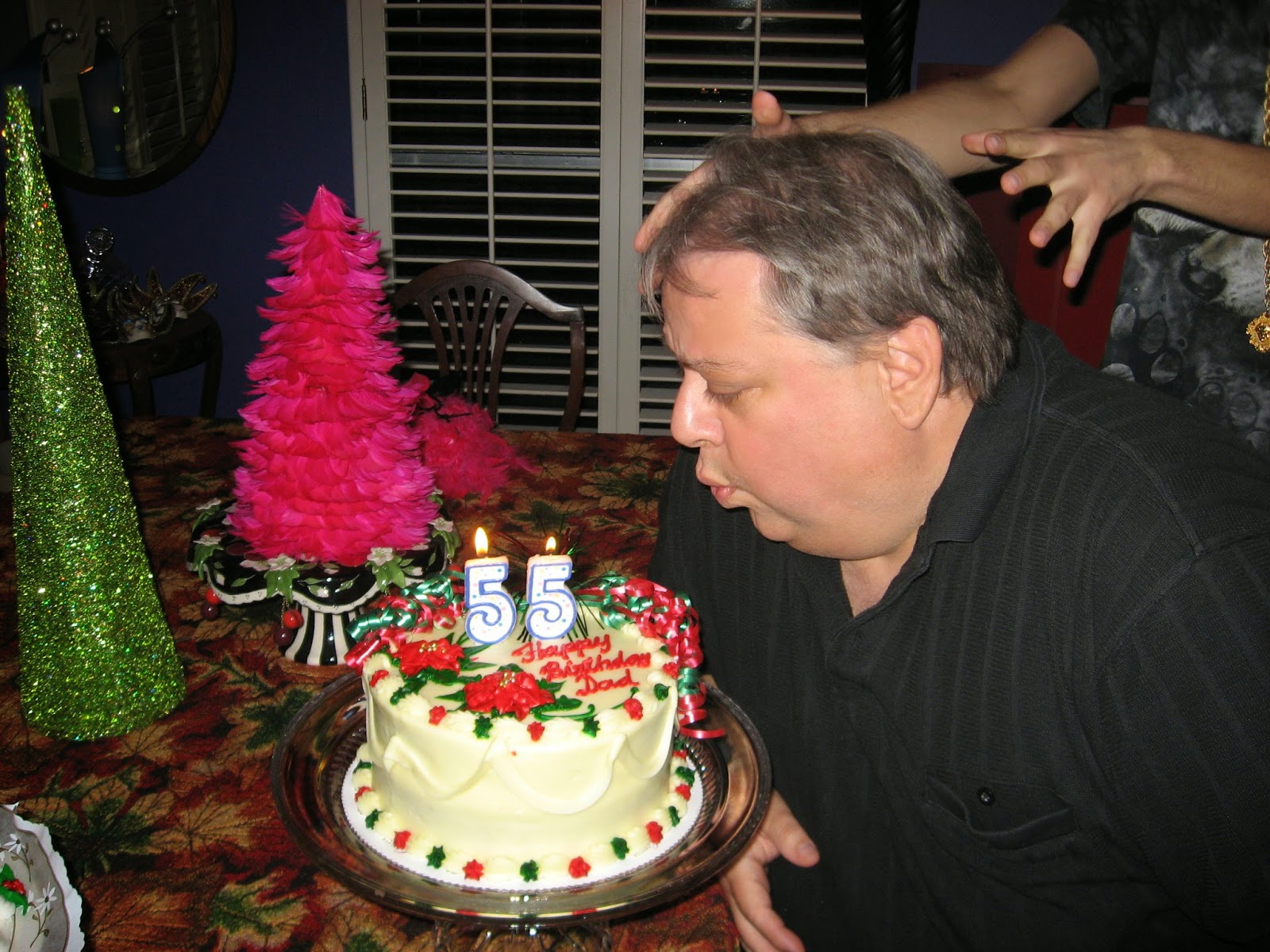 I don't know what my brother was trying to do here, but that cake was good. 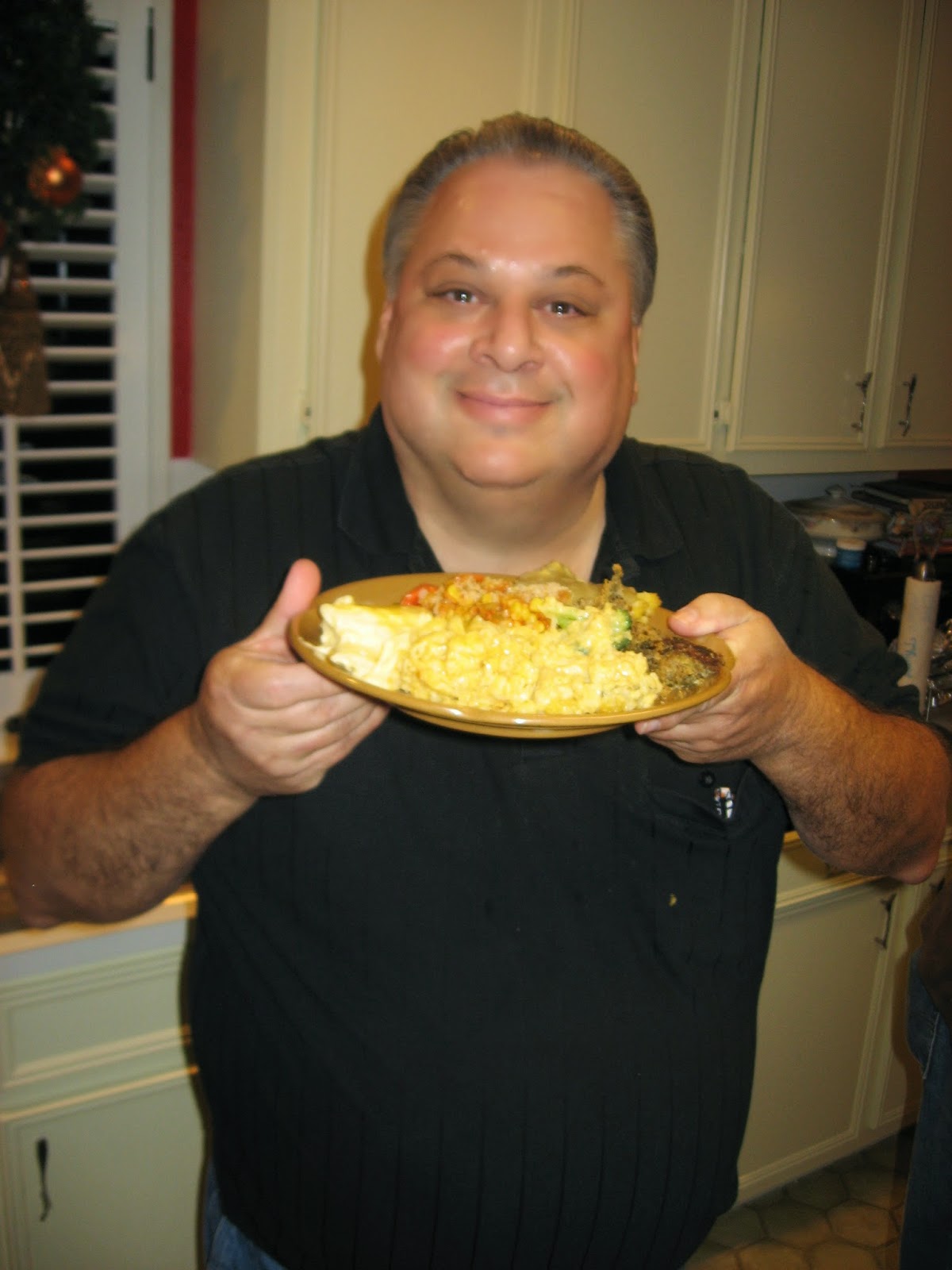 One of my favorite pictures of my dad from Thanksgiving like 4 years ago. My brother took this picture and he said, "Dad, how do you feel right now?" And this is what he did.

Hope you guys are doing well. Happy Father's Day again! See you all soon with more fun stuff as always.