Oh have I got some news you can totally use. Big things are happening and I am just thrilled to see what develops!

From Sea to Shining Sea

One of the things about growing older is that you can't keep your well manicured fingers on the pulse of everything that is happening in the toy world. I try really hard to make sure I know the score, but sadly I lose my grip. Take a new release I came across at Toysrus last week. I was busy looking around, trying to make sure I hadn't missed anything, when I came across something very interesting. Picture time! 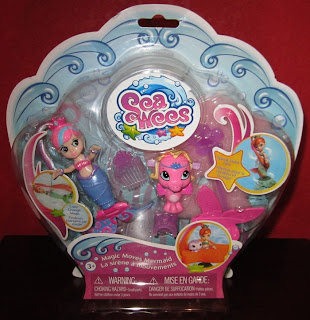 Isn't that interesting? The Sea Wees are back! For those trying to understand what is going on, let me set a context. I have talked about an old toy line called Shimmers twice on this site. They were a lovely line of dolls brought out by Kenner. Well Shimmers was actually a sequel (if you will) from an even older line called Sea Wees.

It would appear that Sea Wees are making a fashionable appearance in the 21st century. After doing some research, I have found out that these new Sea Wees are made by Toysrus. (I had no idea that TRU had its own toy making capabilities.) And these new Sea Wees don't look exactly like the Wees of old, but they do retain that cute charm. A mermaid doll comes with a sponge and animal friend. These toys are made to go in the bath, but I couldn't help but pick one up if only for the connection to the past. I would be somewhat interested in TRU bringing back the Shimmers line too. I wonder what that line would look like. Of course I am not sure the new Sea Wees or a new Shimmers line could ever compare to the originals. But! It is nice to see the words Sea Wees back on shelves.

A Rush of Sugar to the Head

Is anyone else looking forward to the movie Wreck-It Ralph by Disney? It comes out next month and there is already a cool release of merchandise. The premise sounds really cute, Ralph is a video game bad guy who realizes he is tired of doing the same gig over and over, so he leaves in the hopes of finding a purpose in a new video game. I really think this will be a cute movie. Even better are the toys. One of the video games in the movie is like a cross between Candy Land and Mario Kart, super fun. Even better: They have made figures to the drivers of the candy vehicular confections! Let's look. 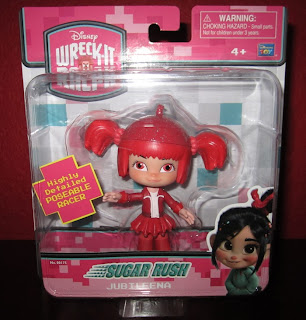 Now I don't know too much about these characters, but they look super cute and seem to be a perfect fit for the style of game (in the movie) that involves sweet treats and fast cars. I also think these items might be rare, so if you think you will be a fan of this movie, be sure to pick them up if you see 'em!

So the other day I was at my local Wal-Mart doing a bit of grocery shopping and toy hunting. Just a regular day. Well I also stumbled upon something that completely caught me off guard. I was in the book section and I noticed they had some Sailor Moon manga. Like multiple volumes. I was stunned. For a second I thought these were old, because Sailor Moon has been so off my radar I just had no idea there would be any new material... in Wal-Mart of all places. I mean I kinda assumed that she'd be in a big bookstore or online, but Wal-Mart?

Here's the thing. Wal-Mart typically carries the current stuff. You don't go to the book section hoping  to find a library of older releases. Except for that one time 4 years ago when they had old school Fear Street books for a dollar. I thought I was dreaming and half expected to be carted away at any second for being delusional. It was real. Just like the Sailor Moon manga. 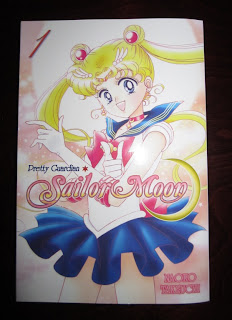 Anyways, when I saw these Sailor Moon volumes I realized something shocking. They were re-released stories with some new pieces of material, which meant Sailor Moon must be fetching a comeback. So I did some research and sure enough, Sailor Moon is indeed coming back in a big way. (Some would say she never went away.) From what I have read, Sailor Moon has a new series in production due out in the summer of 2013! How did I miss this? Am I getting that old? (Don't answer that.)

I am really hoping this is all true and that there will be some dolls and figures too. I never collected much when Sailor Moon was last at her height of popularity in America, and I could just kick myself for that. (I have my reasons, and maybe one day I'll share them.) Of course how could anyone not get into Sailor Moon? It was like She-Ra and Jem hooked up and had a baby. I'm really looking forward to this.

So these are some Bits and Pieces that I've been checking out. If any of you have any updates or news about these topics feel free to post a comment! I hope everyone is doing wonderfully well and get ready! An all new Adora's Search for Honor will be out this weekend and it will be great! Evil-Lyn makes an appearance. Frosta works hard for the affections of He-Man. And a certain bombshell bee lady throws a big honey wrench in quite a few people's path. Until next time!