I haven't done one of these in awhile, but there has been some pretty exciting toy news this week. So ring the alarm, it is time for an all new Bits and Pieces! Toy news you can totally use and that has totally been reported all over the place, but do any of those other news sources contain my wit and charm? Didn't think so!

For that Glitter 'n Gold Look

Oh Hasbro really did it this time. Every year when the temperature rises, folks from around the globe converge at the San Diego Comic Con. Companies also have special items for sale to commemorate such an auspicious event. I will unfortunately be unable to attend SDCC this year as I will be busy with reporting duties at the Conference of Evil. But my heart will be at SDCC in spirit, especially due to the unique exclusive con items. Back to Hasbro, I got a lovely little email from Integrity Toys revealing all kinds of splashy images from the Hasbro 2013 SDCC Exclusive Glitter 'n Gold Jem doll! Let's look on and dream! 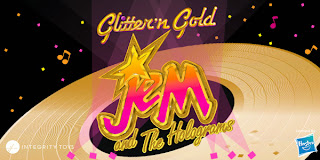 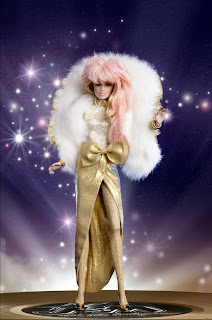 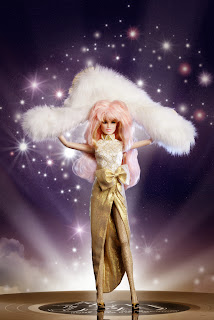 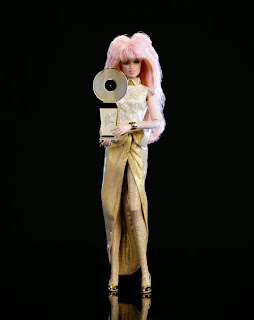 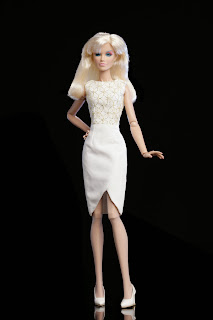 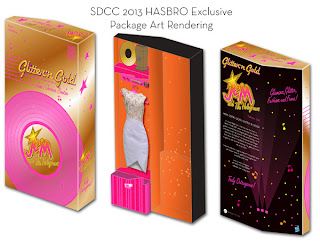 Where do I even begin? First off this doll is totally reminding me why I was a stupid child for passing up the chance to own the original Glitter 'n Gold Jem doll. That hair! That dress! That mink stole! It is everything I love about the 80's: shiny loud metallic excess. Just when I thought it was the coolest thing owning a new Pizzazz doll, they had to go and show off this new Jem doll. They even have an extra Glitter 'n Gold outfit for Jerrica to wear too. She is only going to be at SDCC, but if there are any quantities left over, Hasbro will be selling them on their website during their SDCC online sale. However, something tells me this lovely lady is going to sell out like hot cakes. Golden dreamy hotcakes.
But! For those of us who will be busy elsewhere and unable to attend SDCC this year, Hasbro and Integrity Toys are going to share the Jem love by releasing a special Glitter 'n Gold Rio doll on the Integrity Toy store website to the general public on Wednesday July 17th, 2013 at noon EDT. Members of the W Club (Integrity Toy's exclusive doll club) will have the chance for a sort of early access to Rio on Tuesday July 16th, 2013 at noon EDT. Enough of the rambling, let's look at dreamy Rio! 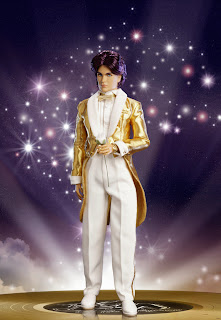 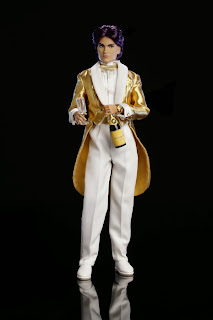 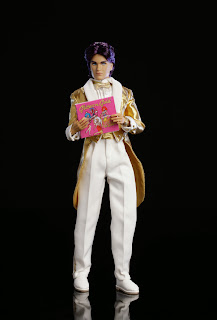 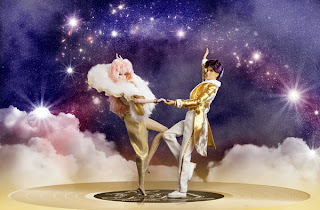 I really love this last picture. I so want that background scene. I can't tell if that is a real diorama or if it was computer generated, but it looks stunning. I just love these dolls. The detail and overall look is superb. I can't wait for people to pick these up and do some reviews on them, I know there will be some great reviews. And for those who don't know what all the fuss is about with the Glitter 'n Gold look, YouTube the Glitter 'n Gold Jem episode. The song was very catchy and also helped usher in the second line of Jem dolls. Just a really great episode.
She-Ra goes POP!
My next order of business is to discuss and announce my love affair with Funko. The POP! Vinyl figures that Funko has been releasing for awhile now have captured my cold little black heart with all their charm and cuteness. I totally swoon for cute smaller versions of things I love. Can you just imagine how awesome it would be to have some Jem Vinyl figures? Oh it'd be so cool. Anyways, I'm not here to talk about Jem, she just got her time.
I was at my local comic store today and I was in line getting ready to purchase my comics. Do you ever stand in line at the comic store and get all nosey with what other people are buying? I do that all the time. I am always curious to see what other dorky folk are collecting. Well anyways, as I was in line, I noticed this guy had three Masters of the Universe POP! Vinyl figures in his hands: He-Man, She-Ra, and Hordak or Skeletor. I can't quite remember. Once I saw the She-Ra in his hands I lost all sense of vision. I don't know what it was, but I just had this overwhelming urge to shake and scream with happiness.
Anyways, I left the line and went over to the nice shelving full of POP! Vinyl figures. I really have no idea how I had missed it! But there she was! She-Ra! I was freaking out. And luckily, I got to take one home. For some reason I was expecting these to come out later on during the summer, but I realized it is kinda already summer. At least where I live. So I got a new She-Ra POP! Vinyl figure! She looks really cool: 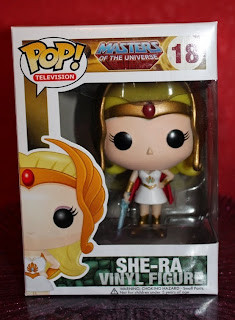 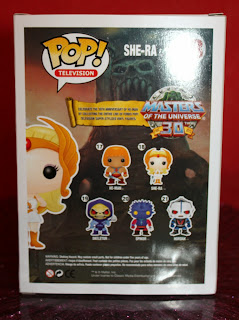 I'm still debating if I want to open her or not, but I will probably open her. I mean this is She-Ra. You gotta love Funko for this, because this is probably my favorite series from the POP! Vinyl lines. And this is coming from someone who loves Ariel and Ursula from The Little Mermaid. So be on the look out, these pieces of awesomeness are out and ready to join your collection! I think that Spikor is wanting to live with me too.
Loose as a Goose
This next bit is not really news related, but more of some good old fashioned toy talk. I've lately been noticing a change of attitude in terms of how I collect certain things. I have typically tended to be the type of person that could only purchase items in mint condition. I've just always been that way. I think for me it has had to deal with the nervousness of never really knowing the history of a loose item. Like how do I know that the loose Jem doll on eBay wasn't some child's chew toy back in the Winter of '88. Know what I mean?  I just have always been leery of buying used items.
But then I thought about it, and I think I am slowly changing my ways. I mean my baby maker is for crap, so if I ever do have a child, she or he will gladly be coming from an adoption. And if I can adopt a child that came from someone else's body, why couldn't I also own a loose toy that was owned by someone else? I know that is like the strangest comparison and I know there is obviously a huge difference between adopting someone and caring for them versus bidding on a previously owned toy, but I just sort of came upon this realization.
So I have been looking up loose items on eBay. I almost purchased a loose SeaWee doll from the early 80's and she was in really great condition. I didn't end up getting her because a bidding war started and I wasn't going to fight for it. (Some loose stuff can get pricey as I'm sure most of you know.) But I dunno, I was kinda wanting to win that item. I was looking forward to getting her in the mail and taking her to the toy spa (my bathroom sink) and getting her hair all fixed up back to its original look. So yeah, I am going through this change in attitude about loose items. Either I'm getting older and my biological clock is doing strange things to my mind, or I just refuse to pay top dollar for mint items; I think I'm going to dabble with loose collecting. So what say you toy collectors? Does anyone have any topics for me regarding loose collecting? Let me know your thoughts.
Speaking of thoughts, I need some help on an unrelated issue. I am obviously terrible with customizing figures. My custom Catra figure from awhile back has some issues. Not even issues, she has subscriptions. A whole damn volume. Her skirt is still sticky feeling from the paint, so what could I do to fix that? Do I need a gloss finish paint or sealer to fix the sticky feeling? I know I could look this up on google, but I figure I'd ask you all. I like to think that the folks that stop by here are the smartest people in the world.
Anyways, I hope everyone is doing well! Stick around, because this weekend Adora's Search for Honor reaches Chapter 65, and with just three more chapters to go, I am hoping this epic long fanfic will be highly entertaining. Take care everyone!
Posted by Michael Lynn P. at 4:54 PM