Interviewing the various forces of evil for this blog every month can be a real challenge. Sometimes reaching a bodacious baddie is no big deal at all. Other times I really have to travel far. So when my mentor April O'Neil contacted me about this month's Bodacious Baddie, I was slightly hesitant. "Miss M, I need you to travel to a far away place. Can you do it?"

What was I supposed to say? No? You don't say 'no' to April O'Neil. In fact it is usually a smart idea to never make April O'Neil cross. (Don't even ask her about the whole Megan Fox thing.) Anyways, so when I was handed my assignment I realized I had no idea how to reach this month's baddie. No idea at all. It was becoming a nightmare to figure out how I was going to make this interview work. Just problems every which way I turned. So after thinking about it for awhile, it suddenly all made sense. Sometimes you just have to drive right into a problem, and that is just what I did. I simply drove my car into a tornado and landed in Oz... to meet the Wicked Witch of the West! (By the by, please, no one drive into a tornado. It hurt. A lot.) 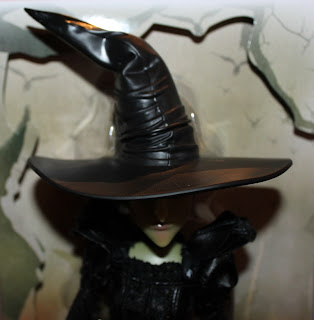 Diary of a Dorkette: Ya know, the details of your death were greatly exaggerated. It is nice to see you looking so fresh.
Wicked Witch of the West: Oh goodness, it was a movie Miss M. From ages ago. I didn't die in real life. Believe me, I still make mischief for all of Oz.
Diary: Well you may be alive, but I do offer my condolences to your sister. I mean that must have been terrible. One minute you're harassing some Munchkins and the next minute a giant house just falls on you. It sounds almost laughable.
WW: I can assure you dorkette, there is nothing funny about losing a sister to fallen house debris. 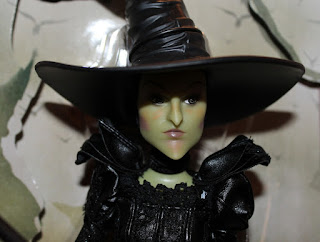 WW: (With a menacing glare) Where did you say you traveled from again? The United States of something-or-another? You aren't from Kansas are you?
Diary: Oh heavens no. I actually wish I could say I was from Etheria, but I tend to get strange looks from folks when I say that.
WW: Well whatever. As long as you aren't from Kansas. I have issues with Kansas.
Diary: Ok... On a good note though, Lady Gaga would totally kill for your chin. She has a thing with pointy body parts.
WW: Who is Lady Gaga? Is she a member of royalty?
Diary: No, not really. Though I guess some people would disagree. She has like her own House or something. Like House of Randor, but they just call it House of Gaga. So in some ways I guess she kinda is royalty. Maybe. I don't really know. 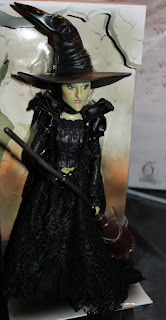 WW: I'm growing bored with this conversation.
Diary: Oh! We can totally change that. What would you like to talk about?
WW: I don't know. You are the one interviewing me!
Diary: Ok. Think M, think. How about the new movie? Congratulations on being part of a blockbuster!
WW: Ugh. Why must you associate me with that movie?
Diary: Why not? It was really good!
WW: I loathe any propaganda that makes me look... wicked.
Diary: Honey, have you taken a look at your name lately?
WW: Oh shut up! 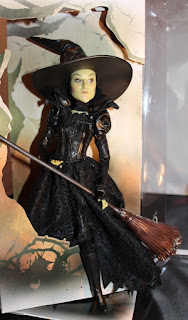 Diary: Not for nothing, but I do think the Wicked novel does you justice. And honestly, you are always the best part of any story. I have always really looked up to you for some strange reason.
WW: If I was a kind hearted person I'd say thank you. But I am not.
Diary: That's ok. We do share a cackle laugh though! I have always had that cackle sound. Drove the cafeteria nuts in middle school. 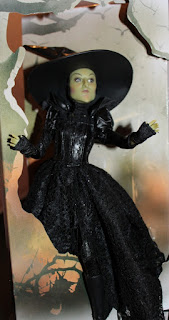 WW: I'm still growing bored.
Diary: What is a regular day like for you?
WW: Hm let's see. I wake up and make sure my pet flying monkeys are fed. I look into my magic crystal ball to shop on Zappos. When I'm not shopping for the perfect pair of shoes, I am spying on all those who irk me on Oz. Namely that pathetic Wizard and the always annoying Glinda the Good. I really loathe her.
Diary: Why do you think only bad witches are ugly? What does that even mean? It sounds so cruel.
WW: Ha! It means that old goody Glinda has no clue how to throw any proper shade. I think I look fabulous. What do you think? 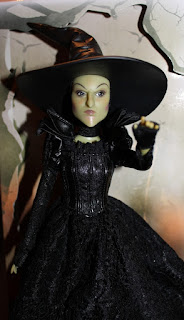 Diary: There's that menacing look again. I mean, yeah, I think you look awesome. You could say I'm just green with envy at your wicked cool looks.
WW: You are, as the Munchkins say, lame.
Diary: Anyways. What else are you up to?
WW: I am currently helping to map out this year's annual Convention of Evil.
Diary: Oh, that sounds like harmless fun! Tell me a little more!

WW: The Convention of Evil is a yearly event where the most evil beings in the universe converge to discuss the important topics of the time, like Defeating Your Enemies Once and For All or Marketing the Perfect Villain Figure.
Diary: Wow. I had no idea!
WW: And you hopefully won't remember any of this either. We can't have the annoying do-gooders of the world ruin our convention!
Diary: No need to use any poppy products on me. I'll keep your secret safe. Is there anyone you are looking forward to seeing at the convention?
WW: Oh yes. There is this one master of evil I enjoy spending time with. He's a real Lord of Destruction. I just have a thing for guys with blue skin.

Diary: So let's talk some personal stuff. I've always wondered something, what do you do if it starts raining?
WW: Huh?
Diary: Like, what if you are flying around on your broom, and it just starts raining? I mean, what do you do?
WW: I have a wide brimmed hat that can act as an umbrella.
Diary: What about when you need to drink something? Do you ever get thirsty?
WW: Due to my slight issues with liquids, I hardly require thirst. And when I do, it is only in painful baby sips.
Diary: But what if you need to pee? I mean, not to be grody, but does it burn when you pee? I had a friend once who had an issue with it burning when she had to number one. She wasn't a green witch though.
WW: What was the matter with her?
Diary: Well, turns out it was just a UTI she got while hooking up with a guy in a jacuzzi during Spring Break.
WW: That is disgusting.
Diary: I know right!? Jacuzzi hook ups are never a good idea. I warned her. Nobody listens to the pale dorky girl though. That's why I've never participated in an MTV Spring Break. Or really any Spring Break for that matter. I typically would just watch my soaps and read books during Spring Break.
WW: You are strange, and you ramble too much.

Diary: I get that every now and then. Can I ask you another question? It is one I have always wondered about...
WW: That depends. Does it deal with bodily functions?
Diary: No. I promise.
WW: Alright. Well out with it.
Diary: Does it ever get lonely?
WW: What do you mean?
Diary: Like, being the Wicked Witch of the West, all alone in a tower with nothing but Flying Monkeys and Winkie Guards. I can't imagine that they'd be great company. And you no longer have your sister, who I'd imagine had been a nice confidant. Do you ever wish that things had turned out different with your life?
WW: (Taking time to answer) Maybe on certain occasions I think about what my life would have been like had I made other choices. But it is of no use. I am who I am. I refuse to change the fiber of my very being. I am the Wicked Witch of the West! Everyone should fear me!
Diary: (Looking sad) I suppose so. I mean, you are the Bodacious Baddie for March. I've also always sort of looked up to you, though I could never really tell you why. But I feel like you understand though, where I'm coming from. It really sucks to be hated. Or to have a house just fall out of no where messing everything up; your plans... your hopes...
WW: (With a glassy look in her eyes) Bah! I don't need anyone to look up to me! I've never needed that. Be gone Dorkette! I am done with you!
Diary: That's it? Don't you have anything else to say? I'm featuring you as the March Bodacious Baddie! I've got villains pissed that they are still on the waiting list for the next three months! Surely you have something to say about that, about any of it...
During this moment in the interview the Wicked Witch of the West howls out her trademark cackle before hastily riding off on her broom. In an instant she is gone. But while flying off into the air, the Wicked Witch uses an inky black smoke to spell across the sky:
Thank you
Two simple words that begin to fade away into the clear sky. Miss M looks for any other traces of the Wicked Witch, but she is truly gone. With that, Miss M ends the interview and walks back towards her damaged car from the tornado deposit, asking herself, "How am I going to get back home now?" 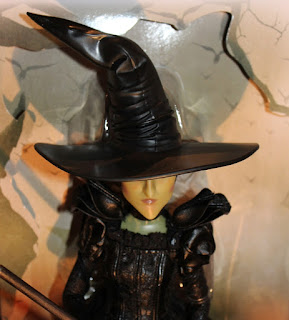 March 2013 Bodacious Baddie: The Wicked Witch of the West
Whew! What an interview! Enjoy the new Bodacious Baddie for March everyone! And in just a few days it will be time for an all new She-Ra Saturday! (Do a little happy dance!) The newest chapter will have a very defining moment for Mermista! Don't miss it. Take care everyone!
﻿
Posted by Michael Lynn P. at 11:29 PM