Toy Chest Tuesday will be back next week! For now, click below as I interview this month's Woman of Wonderosity!

Well I survived the dreaded Conference of Evil. I had hoped to actually take some time to relax and catch my breath after the numerous attempts at my life, but it is always busy at Diary of a Dorkette. April O'Neil is getting better. Ya know how I know? She kept yelling, "Get a lock on the interview with the July Woman of Wonderosity! Don't be a lazy bee with an itch!" So that is what I am doing. I'm beyond thrilled to be interviewing this month's W.o.W. We're going to be talking about the highs, lows, and all the gossip in between from this year's San Diego Comic Con! Now this is a conversation I can get with. 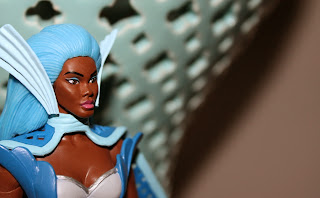 Diary of a Dorkette: It is so nice to see you again Netossa!
Netossa: I know, always a pleasure. When was the last time we saw each other?
Diary: I believe it was at the big party She-Ra was throwing at the Crystal Castle.
Netossa: Oh yes! Everyone was there. 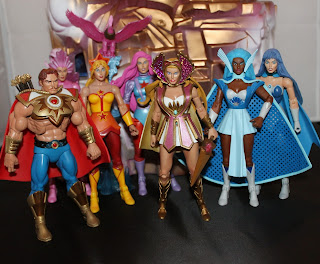 Diary: Well we were missing a few people...
Netossa: Yes. It's a shame that everyone just gets so busy these days. Maybe the next party will see a bigger turn out.
Diary: As long as there are no party crashers, I'll be good. 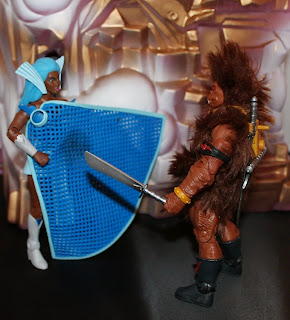 Netossa: Oh that infernal Grizzlor! He really thought he could pose a threat.
Diary: They always think that. 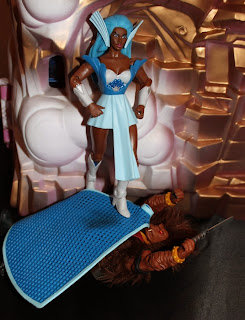 Netossa: I must have had fur in my net cape for weeks! Just a mess.
Diary: Eww. I don't want to even think about his fur on me. Anyways, enough with that stuff, I heard you were lucky enough to attend this year's San Diego Comic Con!
Netossa: Yes, I was there. I thought you were going to be there too?
Diary: Oh no. I had other engagements. (mumbles slightly) I was at the Conference of Evil instead.
Netossa: Really? What was that like?
Diary: I can't even talk about it. Let's talk about SDCC. Got any good gossip? 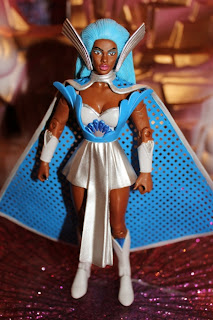 Netossa: Oh plenty of gossip! Miss M, you missed out! Apparently He-Man is getting a new home. He somehow came into some money or something and he completely gutted and renovated Castle Grayskull. HGTV is planning on doing a special. I even heard him whispering about getting someone to fix his backyard or something.
Diary: Oh wow. Tell me more gossip!
Netossa: Word on the floor was that Wonder Woman was going to propose to her boyfriend. Did you know she was dating an alien? 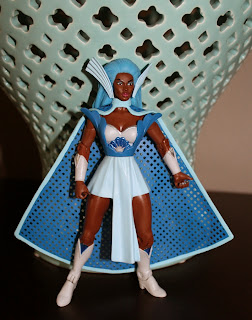 Diary: Oh yes, his name is Superman.
Netossa: Right! I had no idea he was from space. When I think of space creatures I think of Flogg or ALF. Superman is a hunk! I guess not all space aliens have to be grody.
Diary: So did she propose?
Netossa: No. Things got crazy. Some guy swooped in calling himself General Zod. He kept demanding that Superman leave with him, it was all so weird and strange. It was all very soap opera-ish. The one problem though was that every super hero imaginable was there. This Zod guy got his behind beat badly from the Justice League all the way to the Avengers. 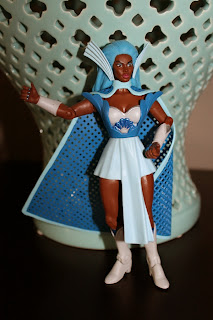 Diary: Wow. Those folks from Kypton pack a punch. So enough gossip, what were some of your favorite reveals?
Netossa: I must say, I am really excited for Glimmer. Once she is released in February I am predicting she will be a success and will probably have a clothing line, fragrance, and record deal to boot. She will be lighting the way for 2014 to be one of the best years ever.
Diary: I can only imagine how Glimmer must be feeling. Since you know a thing or two about being unveiled at SDCC (Netossa was unveiled at last year's SDCC) what was that experience like for you a year ago?
Netossa: It was surreal. After the 80's I never expected for a return into the limelight. It wasn't all sunshine and flying unicorns though. I did have my detractors upon my release, as I am sure Glimmer will experience too. I think with so much time gone by, many people weren't clear as to who I was. I seem to recall a group thinking I was a part of the circus! However my advice for Glimmer would be to hold onto the kind words given by the legions of fans that are going to be so thrilled for her release.
Diary: Were there any let downs? 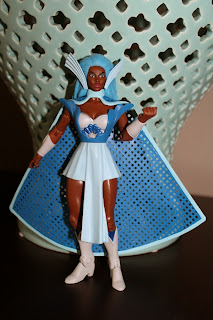 Netossa: I would have liked to have seen some other friends from the Great Rebellion. I can't even tell you the last time I saw Spinnerella. She rarely makes appearances.
Diary: I heard she has become a bit of a recluse?
Netossa: Do you blame her M? She was the last from the original line and some naysayers were trying to paint her as the one that broke POP up, which couldn't be further from the truth.
Diary: Ok, one last thought on SDCC?
Netossa: Restraining order! I can't believe Modulok was there! After all the trouble he has caused me, which you documented so well in your lovely story (Adora's Search for Honor), I just can't get over it. One minute he wants me dead and the next he professes this strange love for me. I mean it's like he has a gazillion personalities fighting for control, and who could possibly have the time for something like that?
Diary: Would you ever consider dating him though if he weren't so... evil?
Netossa: Are you seriously asking me that? Miss M! He has two heads. I don't think so.
Diary: Well Netossa, it is always a pleasure to talk to you, and I'm glad we got to talk about SDCC.
Netossa: It is always a dream! I'm thrilled to be the Woman of Wonderosity for July! Please give April my best.
Diary: I will. She is actually starting to get the feeling back in her legs!
Netossa: Wonderful! Just wonderful. Take care my friend.
Diary: You too! 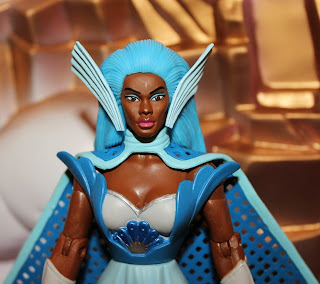