Hello dear readers. It is time for that wonderful trip down my brutal tragic past of toy collecting memories. For those who are just tuning in, check out this previous installment of Toy Regrets to fully understand what kind of madness that's about to go down.

Growing up I was a Barbie girl. There were many other dolls on the shelves, but I only had eyes for Barbie and her awkward unfolding karate chop arms. She had the best clothes. The coolest cars. And a dreamy man made of plastic. That sounds really weird, but his name was Ken if that changes anything.

Well in the late '80s Barbie got a real run for her money by way of Jem. As in Jem and the Holograms. Needless to say I was obsessed over Jem and all her songs. Unlike Barbie, Jem also had a really nasty arch nemesis. Pizzazz and her other trashily fun bandmates made me yearn for the days when I too would get to wear tight animal print dresses and have a wild mane of green teased hair.

There was only one problem with Hasbro's Jem dolls. They were gigantic compared to Barbie. Couple that with my serious neurotic ways as a child, and there was much back and forth with wanting to have my own Jem doll. Everytime I'd watch an episode of Jem I'd say, "Oh I just would love a Jem doll!" I'd go to the toy aisle with good intentions, fully ready to pick out my first Jem doll. There was always some nervousness about who I'd pick first. Every time I'd chicken out and pick something else instead. I just had serious issues with buying another doll that would be larger than Barbie. How would they coexist? What kind of world would have disproportioned Barbie and glamazonian Jem attending the same parties? These were serious issues.

So I did nothing. I simply played with the idea of wanting Jem dolls. The waiting was fine for me. I truly believed that Jem would be around for a long time, so my indecisiveness would be safe. After all, Jem truly gave Barbie some competition. Would we have even seen Barbie and the Rockers had Jem not come along? These are the important philosophical questions of the day people! However Jem soon began to fade away from the toy scene, apparently her longevity wasn't as strong as I had thought.

As the line of Jem dolls slowly started disappearing from the shelves, my heart started to panic. Would I get over my issues and finally nab a Jem doll before it was too late? Finally my point of personal growth had arrived to the conclusion that I would actually pick out my first Jem doll, if the opportunity were to ever present itself.

One weekend, my baby brother and I were going to spend the weekend with our Nana. Since we didn't see our Nana that much, she enjoyed taking us to a store and spoiling us just a little. On the way to Walmart I whispered to my brother, "I'm finally going to do this, I will get a Jem doll!" He looked at me like I was coo-coo-crazy. I was excited, so it didn't really matter. I felt like I was stepping out of my comfort zone, showing off my wild side and announcing to the world that I was not some neurotic mess of a child!

I started to get nervous. I had wasted so much time turning away Jem dolls before, that I wasn't sure what to do. That was when Barbie suddenly appeared, perched up on my shoulder, whispering in my ear, "Oh Miss M, what are you doing? Jem? Just look at how tall she is. And those arms! Does she have cankles? Listen kid, I get that you want to try something new, something different, but stick to what you know. Barbie is the only doll for you." I nodded. Barbie's attack on Jem's character was clear: Jem was a dangerous and new choice. Barbie was the only doll I knew.

Jem cried out in her tomb, "Wait! Barbie has been around forever, don't let her win. Now is your chance, pick me Miss M! I come with a cassette! I'll help you sing, I'll turn you into a star! You won't end up hating yourself twenty years from now!" Oh it had just gotten out of control. All the voices were just too much. I was exhausted. My brain was telling me to listen to Barbie, but my heart was pleading for me to pick Jem.

I picked neither. To end the madness of choosing, I decided to go in the opposite direction with Ariel. Tyco had just come out with a new line of Little Mermaid dolls to accompany the Disney movie. The display for the Little Mermaid dolls was new and shiny. I placed Jem back on her bare shelf and went about my way. Barbie approved of picking Ariel. The Little Mermaid dolls were shorter than Barbie. The blonde bombshell was pleased with my decision. Barbie was still safe, high atop her perch of perfection. No one would be outdoing her.

As for Jem, she sat on that shelf looking on at me as I made a grave mistake. She knew I wouldn't feel it immediately, but Jem knew that there would come a time that I would regret that fateful day. Secretly, I knew she was right.

Years would go by and I would grow older. My love for Barbie would still be there, though our relationship would be different. I realized that Barbie could use her powers for good and evil. She was a bit chaotic with her sense of perfection, and goodness knows I have been far from perfect.

Like most dorky folk, I began to inquire about the toys that got away. A part of me always wanted to correct the wrongs I made as a silly child. I would grow to regret passing on the chance to own a Jem doll. After all, Jem only had her one chance in the spotlight. Unlike Barbie's long storied career on toy shelves, Hasbro had scrapped any future plans of a Jem comeback. And while I patiently waited for Jem's return, I had to settle for stalking ebay with the hopes of finding the dolls. Upon seeing the price for those old Jem dolls, I had this to say, "Hundreds of dollas for Jem dolls!? I ain't got time for that!" I realize I could just buy some loose Jem dolls, but let's be real, I'm still neurotic and won't settle for anything less than mint.

So now I sit by quietly awaiting for the return of Jem. Most things get a second chance, third if their lucky, but I have hope that Hasbro will finally find a way to bring Jem back to the toy aisle. I have some major making up to do.


Or do I? Is it entirely possible that I have somehow managed to own a Jem doll after all this time? I guess there is only one way to find out, and I'm not sayin' a word until then. So until next time dear readers, absolutely no Toy Regrets!

I leave you with this... 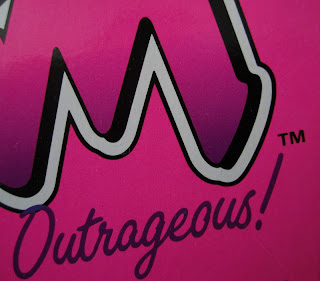