There is a lot of toy scoop going on, so let's get started!

Look What I Found! The Jetsons!
A couple weeks ago I was perusing my local Toysrus to see what was new. Most of the time I know what I am looking for or hoping to see on shelves. With the Internet on our sides, it isn't difficult to find out news on the latest toy lines and when they might be showing up. However I do love when I get a little surprise at something I wasn't even aware of.

Jazwares has worked on a very cool toy line dedicated to some great Hanna-Barbera cartoons from yesteryear! Up on shelves were Dino and Fred Flintstone, and Rosie, the robot maid of that intergalactic family: The Jetsons. I just about flipped. I never thought I'd be excited to own a plastic robot maid figure. (If only she could really clean my house.) Anyways, here are some pictures! 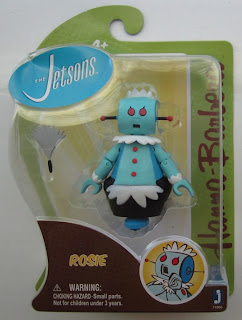 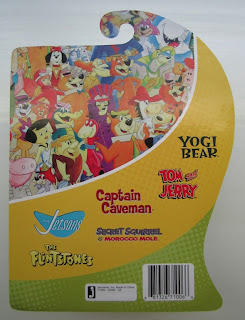 So this is the first time that I have seen a Jetsons figure with such detail and articulation! She even comes with her duster. I think this is just the coolest thing and I hope Jazwares continues to make more Jetsons figures. (I totally want a Judy Jetson figure!) I have done some research and it seems like Jazwares is really putting forth a lot with this Hanna-Barbera line. There are various items coming out ranging from small figures, to the figures like Rosie, all the way to 6 inch figures too!

In addition to Rosie, Dino, and Fred, I have also seen a Tom and Jerry as well as a Yogi Bear. They all have nice details and articulation. There was also a pack of tiny mini figure Jetsons figures of the whole family. So much fun! I can't wait to see more.


My Little (Glow-in-the-Dark) Pony!
My Little Pony has become a huge cultural phenomenon. I am totally fine with that, because I have always been down with anything MLP related. (The original cartoon is always a good time.) Anyways I have been collecting the new Ponies since they were released a couple years ago. There is a hint of flavor from the original line (Spike, we have missed you) but this new line is full of so much personality and winks to pop culture in all its glory. One can't help but love it.

So with all its fandom, it was only a matter of time before the exclusives came trotting out. Toysrus had a San Diego Comic Con 2012 exclusive, the glow-in-the-dark Zecora. She was for sale at the con, and was going to be ready in stores in the fall. Well she is already hitting shelves! So if you are a fan, keep your eyes peeled! I mean a cool looking MLP character that also glows in the dark? How can you resist? 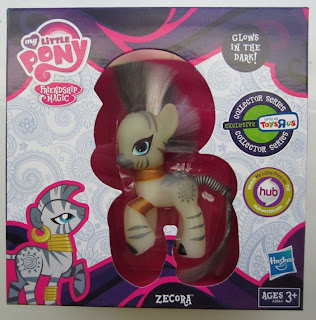 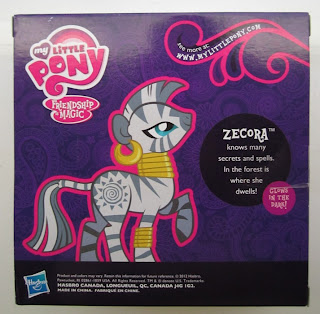 Some Sad News
Remember the Toy Chest Tuesday for Miss Elizabeth? I was so excited for the news of her release into the special WWE Legends line on Mattycollector.com in November. Once she was also revealed at SDCC I was even further thrilled for her release, because it has been ages since the world has seen a new Miss Elizabeth figure. Well according to Mattel, it looks like fans are going to have to wait:

"WWE® Fans,
We’re gearing up to head over to San Diego Comic-Con, and wanted to let you know about a few things that are happening once we get there. First, we’ll be announcing a slight change to our lineup of fan-favorite WWE® Legends figures. Everyone loves Miss Elizabeth, so we’ve decided to move the figure from MattyCollector.com to the mainline Elite Collection in 2013! This will ensure that the Miss Elizabeth™ figure is widely available, and fans can find the figure right in their favorite stores."

This quote came from a WWE thread on Mattycollector, and can be found here.

I'm not sure what to make of this. First off, I only just found this out and can't believe more people aren't talking about it. There are good and bad things about this. On the one hand, it is nice that Mattel is wanting to put Miss Elizabeth in stores again. And with her being in stores means there won't be much of a fight for her on the sale day on Mattycollector.com. This also means that her fans may have to have an epic Royal Rumble with scalpers to actually get her. Miss Elizabeth is probably one of the most fan demanded characters from the WWE  Legends line. A lot of people will be searching for her and I just hope that with her release being moved to retail, that we will actually have a chance to pick her up. (On another good note though, I think her being in retail will be cheaper than buying her from Matty. I think.) Of course, I put my Nancy Drew skills to the test and found out a little bit more about the push for Miss Elizabeth to go retail:

According to Ask the WWE Guys on Mattycollector.com, this was their answer to a question posed by a fan on July 12th,

"We knew this would be an unpopular decision but to be honest we didn't have a choice. It was either put her in Elites or not at all (or charge an outrageous sum for her on Matty, which we weren't willing to do). The Legends on Matty have done so poorly that we literally weren't allowed to continue the program.

You can check the source here.

So basically, the WWE Legends line hasn't sold very well. The ironic thing about all this, is that had she been released sooner on Matty, I'm sure the line would have seen a good increase in sales. As nice as the other figures are in the WWE Legends line, Miss Elizabeth was the only reason I voted for those folks in the first place! And I know I am not the only one! So WWE fans, what are your thoughts on this bit of information? Which, keep in mind, was actually released before SDCC! I can't believe I just found this out! Am I the only one?


Shopping Etsy Style!
Alright, I am always looking for new sites to shop from. eBay is not the only place to find cool finds on wonderful items. Etsy is also a really nice site for collectors to search for their heart's desires! So I wanted to give a moment to share with you about a wonderful seller on Etsy that you should totally check out! TJ (friend to Diary) has just recently opened an Etsy shop. I bought a really cool item from him that you will be seeing soon. He also included a nice postcard with the item I purchased that features his talented art. His Jem art is super fun and gorgeous! 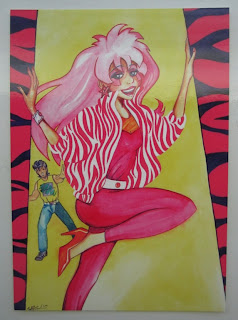 So check out his Etsy store, MilkyMixer he has some fabulous art that celebrates Jem and the Holograms and Rainbow Brite. (I'm sure more cool things will also be added.) His pieces all look fantastic. They pop with so much vividness and color. Go now!


A Special Thanks
Before I go to get things ready for tomorrow's Toy Chest, I wanted to give a thank you to another reader to Diary, Brothermidnight. He has a fun site ranging from toys all the way to classic food commercials (and a whole lot in between.) Green Plastic Squirt Gun is the name and last week he posted a nice shout out to Diary of a Dorkette, and I just really thought that was very sweet of him. I am always thankful for those who find this site fun and entertaining!

I also have a really cool new feature coming up among some other fun stuff. So everyone, enjoy your week! And get ready, Toy Chest Tuesday will be out tomorrow!