Let's talk books. I love to read. Nothing too educational or "smart" just the good fluff stuff. I mean if I could live on Fear Street I would. Luckily I'm too old to be a casualty, but I'm young enough to warn the teens about the perils of killer best friends and the scariness of new girls or new boys; to say nothing of evil cheerleaders or stepsisters. So let's check out some fun books, brought to us by my friend Sarah.


I adore my friend Sarah. She has been mentioned and featured on this blog numerous times. She hails from Canada where all the cool kids live. She is also a librarian. Oh, and we totally have similar tastes in pop culture. Every now and then we will send each other things and the other day I received a package; a trio of books to whet my carnal hunger for words printed on paper. Let's look! 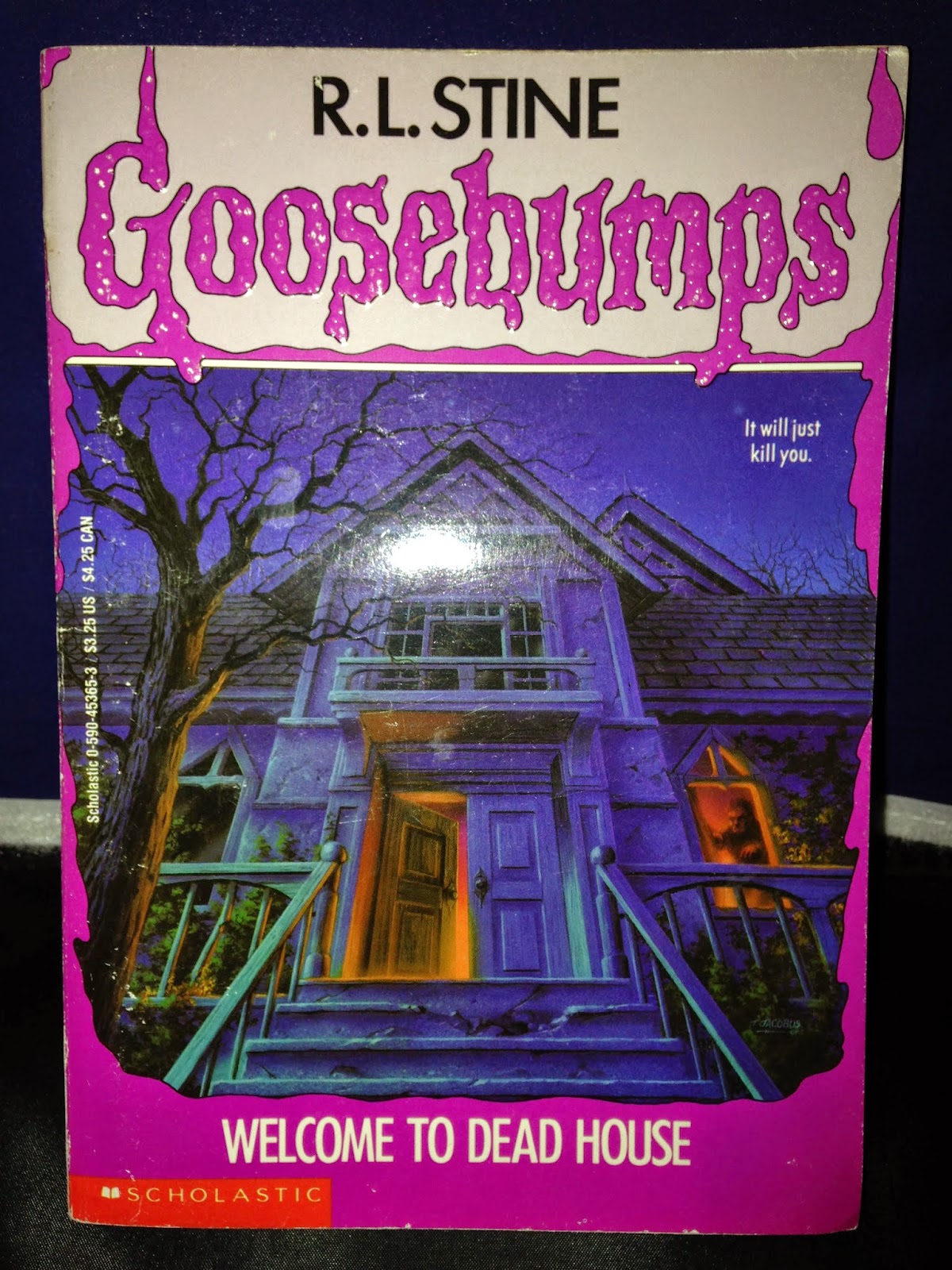 Goosebumps came out right after Fear Street had established itself as the go-to series for young adult thrillers in the 90's. Picked for the younger set, Goosebumps should not have appealed to me (I was soo not the target demo) but I gobbled them up. The bumpy title and creepy cover art were more than enough to call me and say, "We'll be your boyfriend, each and every single issue. Come on, sit a spell." Welcome to Dead House was actually the first Goosebumps book I got, so to see this book again is a real treat. I sold most of my original Goosebumps books when I was in high school. I have been able to track some of them down (most of my original books were still collecting dust at the used book store) but this is one that I did not have the chance to reunite with. Until now. I don't remember much about the story line except that some kids move into a house run by zombies or something. I remember it being creepy, not as scary as Fear Street, but creepy enough for me to collect most of them. Goodness R.L. Stine, is there anything you touch that doesn't turn to gold? 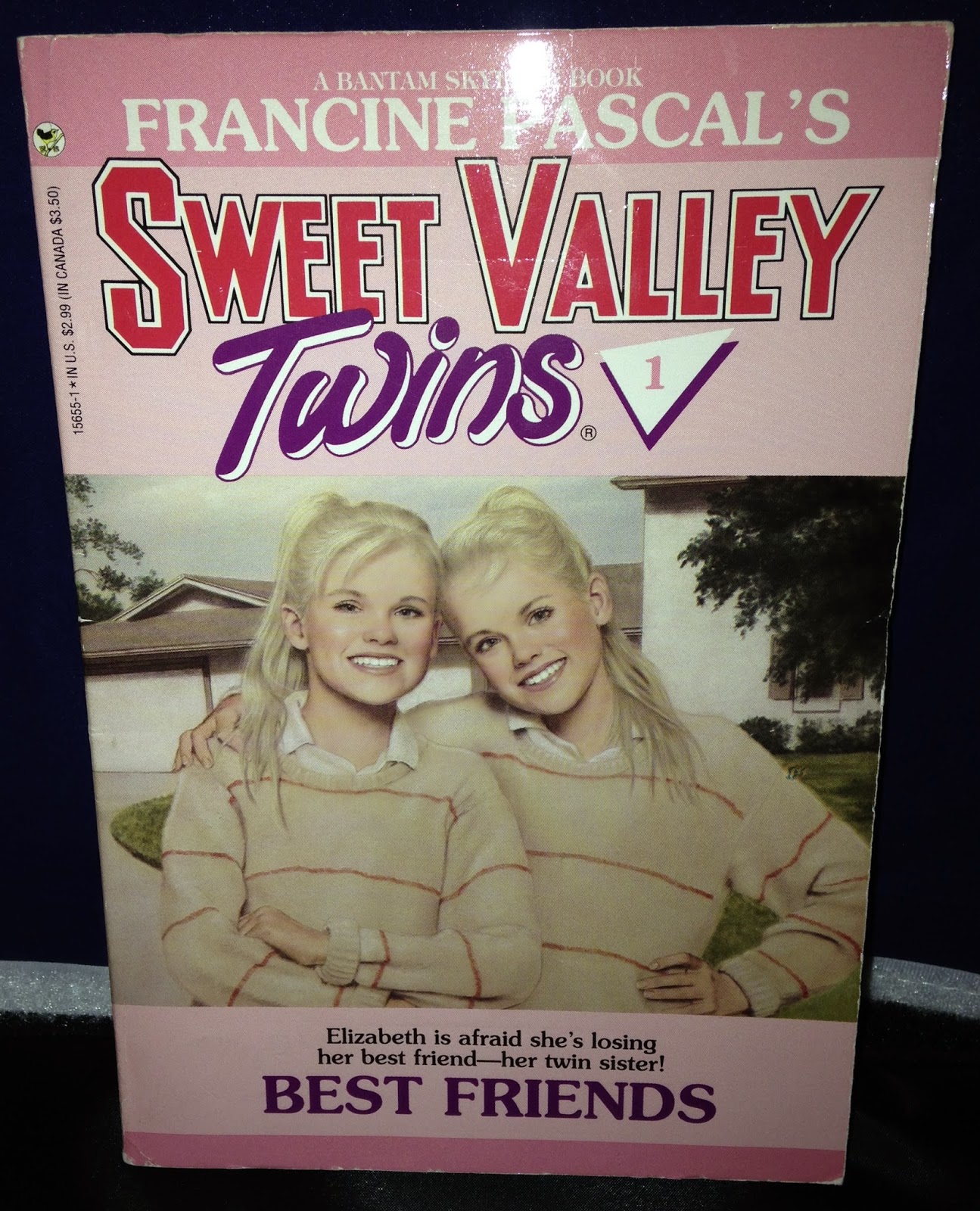 Next up: Sweet Valley Twins! Sarah and I both have a soft spot for anything Sweet Valley, but she is like a hardcore Sweet Valley fan. She has like every book, the dolls, and other pop culture related item. I am beyond impressed. I also loved the simplicity of the covers for this series. I never read the Sweet Valley Twins set of books, but I always wanted a twin sister when I read these stories. It was that whole, "I wish I had that one person that could read my mind and feel physcial pain when I was hurt or in danger." I mean, that's what twins do right? Actually, I'm left handed, and I've often been told that people who are left handed actually had a twin in the womb that died. I think that is supremely morbid, but I sometimes wonder if I was meant to have a twin that didn't make it into full development. Not in the way of the X-Men story line where Charles Xavier killed his twin Cassandra in the womb because he could read her mind and find out that she was evil, but more like the little zygote twin just didn't fully get to turn into anything. It doesn't really work like that does it? I was never good with biology. I flourished in geology though. Oh goodness the things I could tell you about seven different rocks that all looked the same. This whole paragraph just took a turn into creepy town. Sorry guys and gals, it's like nearly two in the morning as I am typing this. 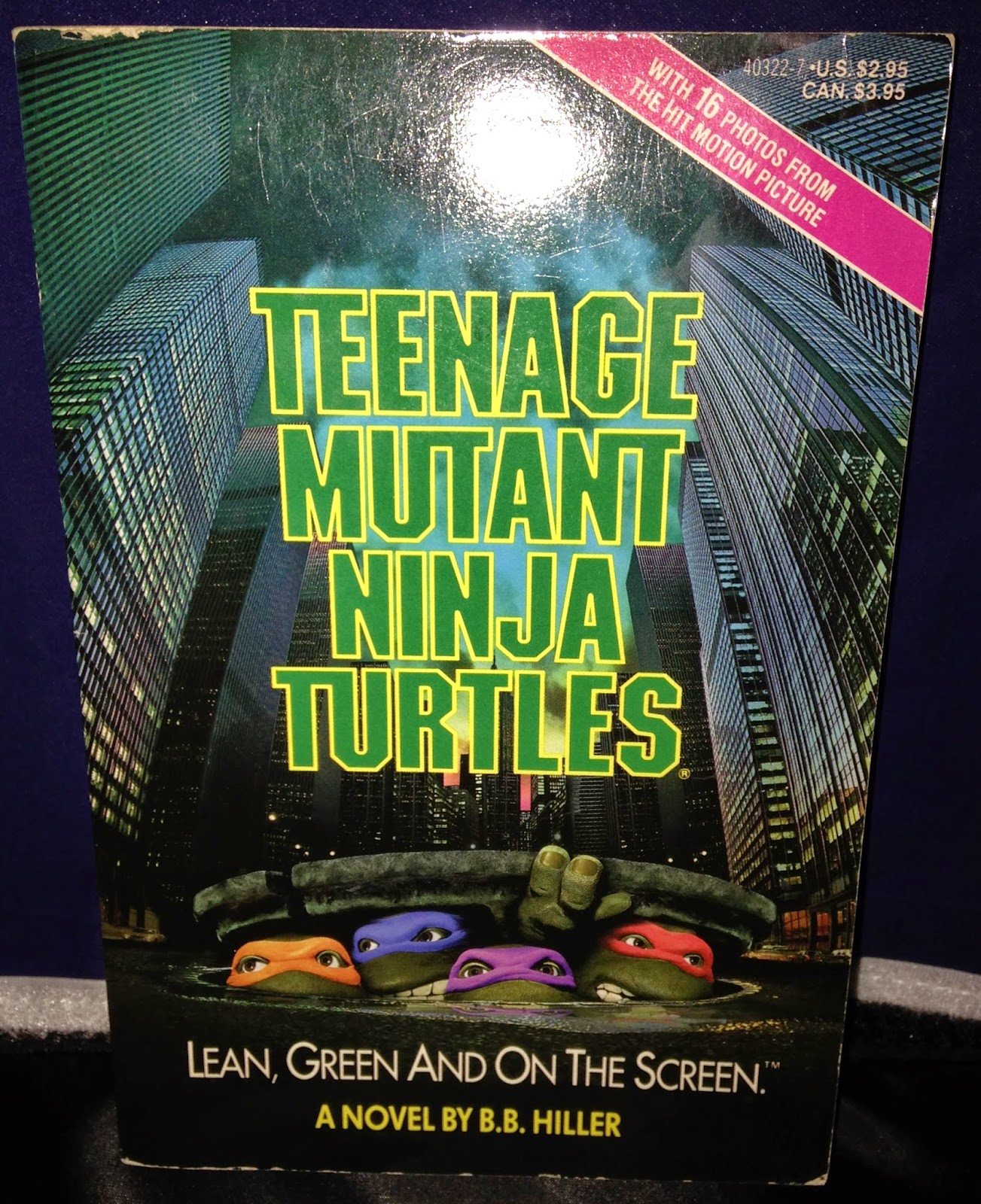 Finally, we have this little gem. A Teenage Mutant Ninja Turtles movie tie-in book. Oh I adore this. While we all know I love me some She-Ra, I do love my Turtles. I remember TMNT was a big deal the moment those toys came out. I realize there was a comic and everything before that, but at the age of five I was just aware of the cartoon and toys. Those toys were everything. I got a good report card in my class and since I had been struggling with my grades for the whole year, getting those great grades with my class work and conduct (I tended to talk a lot in class) my mom felt it would be a nice surprise to get me an April O'Neil figure. I was so thrilled to have that April. Her yellow jumpsuit and friendship with the Turtles was so cool and it led me to want to befriend talking turtles and even fall madly in love with a certain party turtle.

Anyways, speaking of the Turtles, what have you all thought of the movie from last month? I finally saw it last weekend and I really enjoyed it. It wasn't the greatest movie ever, but it could have been much worse. I felt a little weird though because a scene in the movie was similar to something I did during that Total Darkness One Shot, and all I could think was, "I really hope people don't think I copied that from the movie." I had posted that way before I even saw the movie, honest! I did enjoy the movie though. I've also enjoyed collecting the toy line too. When do I not enjoy collecting a toy line?

So that is about it. I have got to thank my friend Sarah again. I heart her so much. It's crazy, because without this blog I would not know who she is. And I am so glad I do know her. She is one of the good ones. So thanks Sarah! Hope all is well sweetie!

I hope you are all doing well. I have been working on some new installments for All My Toys, and I am so excited! These next few months are going to be so exciting. Take care everyone!