It's time for another lovely post courtesy of the League of Extraordinary Bloggers! The topic this week is,


Lately I have been posting these topics at the last possible moment of the week. I just get so caught up with what I am going to write! I have no clue. This week I thought about what I could write about, and it was tough! I wanted to do a funny little piece involving people spotting She-Ra in public settings and being like, "Hey, isn't that Golden Girl?" Or "Hey, isn't that He-Man's sister from another planet?" Something where no one could remember her name and then She-Ra would respond, "I am She-Ra!!" However it all sounded a little lame, so I decided to just share some stories about meeting celebrities. Or something like that.

My family has had a long tradition of coming across celebrities and what-not. At my uncle's wedding reception in the seventies (my dad's brother) a young Michael Jackson walked into the room. My family loves a good party so they had a lavish reception at a hotel for my uncle and his then wife. I need to ask my parents how this occurred, because I think Michael Jackson had been performing with the Jackson Five and they were staying in the hotel. Either way my dad was completely surprised and couldn't believe what he was seeing, so he approached Michael Jackson and the singer asked my dad, "What is this?" And my dad smiled, "This is an Italian wedding." My dad always says that M.J. was just gazing at everything with eyes wide open. This was such a big deal for my dad because he was a huge Jackson Five and eventual solo Michael Jackson fan.

There have been other similar "Hey, isn't that..." type stories throughout the years. My brother went to college at CalArts which is located north of Los Angeles so he went to school with a lot of kids whose parents were actors and singers. Going to his graduation was a very surreal experience.

My own wedding rehearsal dinner was a surreal experience. My ex-husband and I had a rehearsal dinner at a restaurant in New Orleans, and one of our family friends who was celebrating with us got a call from a friend that just happened to be dining in the same restaurant. So she invited her friend to stop by and all of a sudden I look up and there is G.W. Bailey at my rehearsal dinner. For those who do not know who I am talking about, G.W. Bailey was in Police Academy, Mannequin, and MASH to name just a few of his works. I had to do a total double take. It was one of the most surreal and craziest things I have ever experienced in my life. I grew up watching him in movies and shows, so to meet him was a pretty interesting thing, certainly something I never expected to do in a million years.

He stuck around for a little while talking to people and he wished my husband and I well for our upcoming wedding. Which was really nice considering how... Yeah. We all know how that turned out, but I'm not a bitter Betty. I can look back and say that the rehearsal dinner and wedding were both extremely fun and memorable. 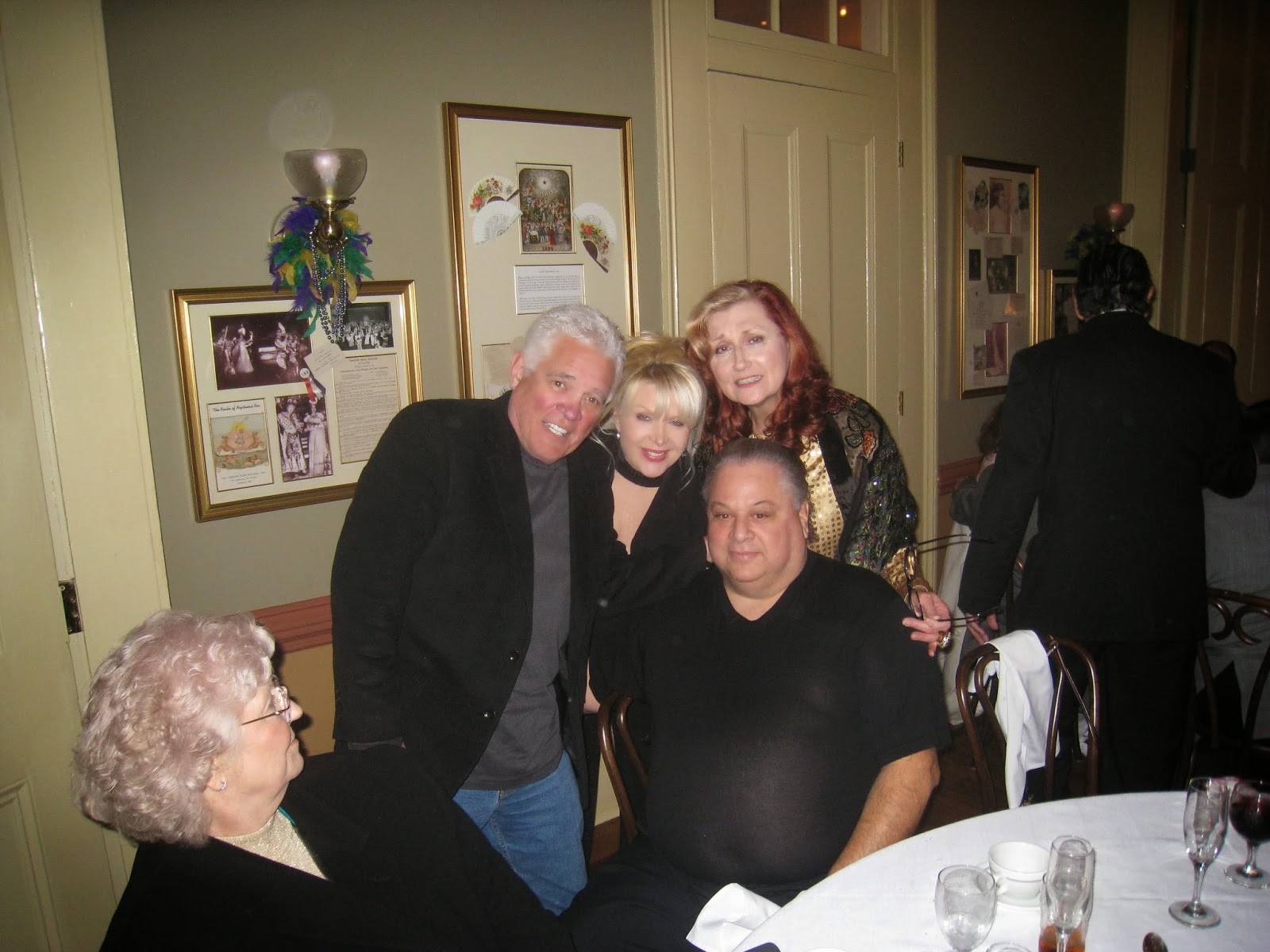 I could go on with even more stories regarding a "Hey... isn't that?" type thing but I thought I would instead share one last story that is quintessentially me: Tacky with a dash of dorky every time.

So this story happened when I was like 22 or 23. I was in college and a group of friends had invited me to join them for a charity event for the school. I was super excited. So many thoughts were running through my mind about what a fancy schmancy charity gala would be like. I imagined that dashing gentlemen in suits would be fumbling over themselves to ask me for a dance. I'd spin around the dance floor while everyone would be whispering, "Who is that girl? Why, she could be an It Girl!" I had to prepare accordingly.

Being a broke college student, I had no access to any couture. This was my Cinderella moment and I needed a nice dress! I never went to prom or any other school dances, so this was the perfect time to show up and be the belle of the ball. So I went to Ross with my best friend Glo and we dug through the disheveled racks looking for the perfect evening gown.

So for 12 dollars, I found this confection of a dress in the clearance rack and after changing in the dressing room, Glo and I were both like, "This is the dress!" Oh to be young. The dress was a shade of magenta, but not the good shade. It was low cut in the front with thin halter style straps that cris-crossed over the back. The material was form fitted over my breast area down to about my mid thigh, and then it just became this flowy mass of fabric that draped and flowed with two layers of material. At the time I really thought it was stunning. Looking back now it appears as if I was ready to frolic in the woods with Perfuma or some sea weed at the beach with Mermista.

Anyways, the night of the charity event arrived and I felt like a princess. My hair was wavy from hot rollers. I had a subtle cat eye with full lips lacquered with a matching magenta shade. I was ready to walk through those doors like they do in a Disney movie. So I arrived to the charity event looking like I had intended to go to a prom, and instead, ended up at a business casual dressed event.

No one was wearing evening gowns. No one. I realized in that moment that a dashing gentleman would not be asking me to dance. At all.

While everyone was expressing their surprise with how dressed up I was, I was simply trying to formulate an excuse to leave early. Like, maybe, "Sorry, I have to leave. My car will be turned into a pumpkin and towed away after midnight." It felt like everyone was looking at me. "Poor little girl, just look at her in that cheap looking prom dress." At least that's what I was thinking to myself.

Feeling my face grow hot, I looked around for a restroom to hide in. While searching I saw a woman that made me do a double take. It was She-Ra!

Just kidding. No, it was a lady that wrote the horoscopes in a publication that I regularly read. I completely flipped out. I totally forgot all about being overdressed, all I could think was, "It's you! You write the horoscopes!" I couldn't remember her name, but I knew her face from the paper! I felt like I was with royalty; I read her words every week!

The horoscope writer could only stand there with a kindness in her eyes. She looked me up and down and smiled, "What a nice dress." I'm not sure if she was being sincere or snarky, but either way we talked for a few moments and after I calmed down from freaking out, we really had a nice conversation. I learned that she wrote all kinds of things besides the horoscope, but that astrology was her biggest passion. It was just so cool. Just like that the conversation ended and for some reason I didn't care that I was overly dressed anymore. I had met the lady that wrote the weekly horoscopes! Nothing was going to get me down. Unable to hit Earth from my high, I left the event with my magenta lips intact and took myself to Whataburger for a number one with cheese and a Dr. Pepper. I toasted the night and hoped that my horoscope would be decent for the week ahead.

Check out the other stories from League members!

Please head over to these other fabulous bloggers. They all put a lot of hard work into each post and have wonderful stuff for your reading pleasure! Also, check out Cool and Collected to learn more about becoming a member of the League of Extraordinary Bloggers! You'll be glad you did.

That's it for now dear readers. Stick around though, because there is a lot of great stuff in the works. I have some stuff to share from a fellow She-Ra fan. I've also got Trolls! And there are more fun stories with toy Miss M that will feature a charity event you won't want to miss. (And no, it won't involve magenta lips)
Posted by Michael Lynn P. at 6:34 PM