Or was it Happy Rex Manning Day? Hmm. It seems like everything has a day of celebration, but April 28th is an even bigger one! Rexy you're so sexy, but Masters of the Universe really knows how to melt my butter. Click the link below to get in on the celebration and find out who else is taking part in MOTU Day! 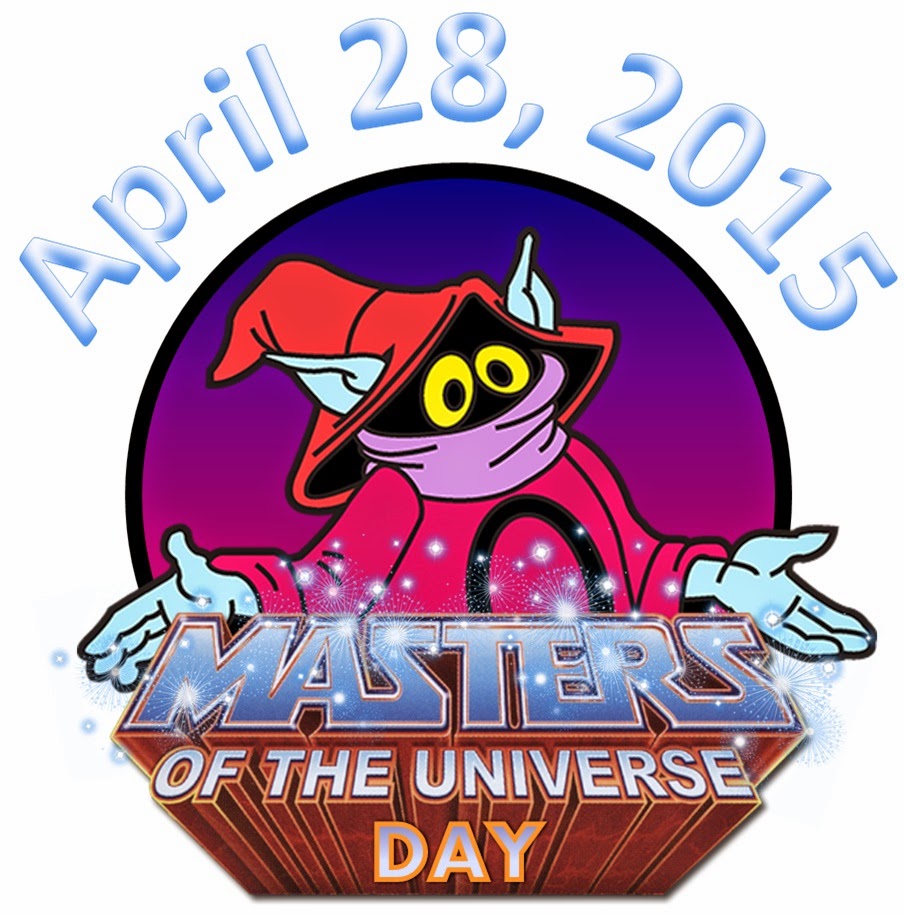 Orko image designed by KWilkinson from Deviant Art and embellished with MOTU Day goodness by The Toy Box.


Most of you are highly aware that I love He-Man and She-Ra. She-Ra and her friends a little more of course, but I love the entire universe. It is a huge part of my childhood and is something I have carried with me my entire life. A few bloggers and myself are joining in with the community on celebrating Masters of the Universe Day. Actually, when are we not celebrating MOTU? My goodness I've had the same damn She-Ra wallpaper on this blog for almost four years.

I've had a lot to say about the world of MOTU so when thinking about what to say for today I have found myself a bit stumped. Until I remembered that very recently I have been enjoying the process of collecting some vintage He-Man and She-Ra items. Since I do a lot of storytelling on here as of late, I thought it'd be fun to check out some good old fashioned toy collecting. 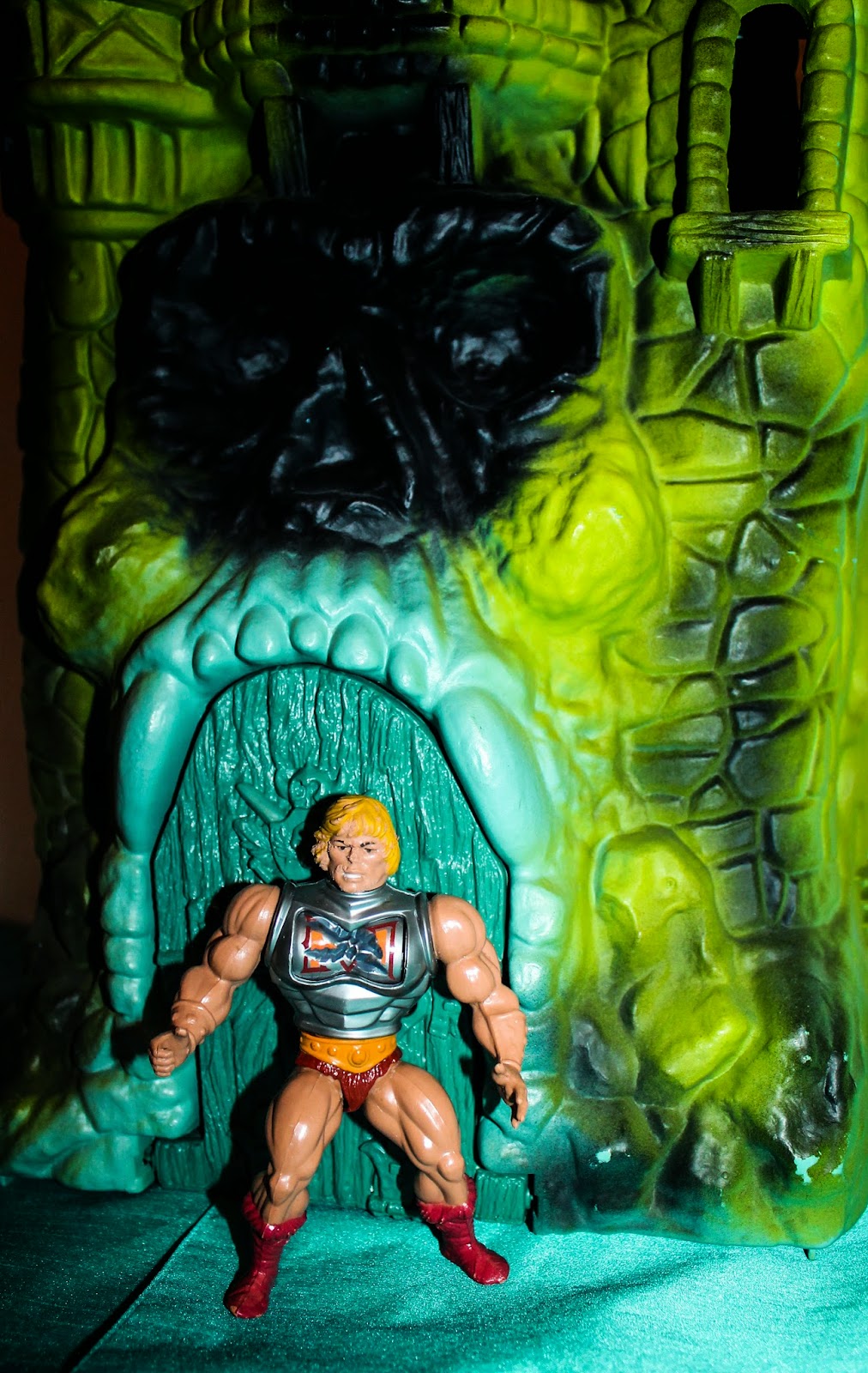 Growing up I mostly had She-Ra stuff only, however there were a few items that I had from the He-Man toy line. One of which was the Battle Armor He-Man. I still own the MOTU toys I grew up with, but they haven't all aged well. Special fella Jason D. actually found the pictured Battle Armor He-Man figure loose at a really cool Antique Mall a few weeks ago. Surprising me with this figure, I was beyond thrilled. The chest plate is in better working condition than mine and the legs are still firmly in place. 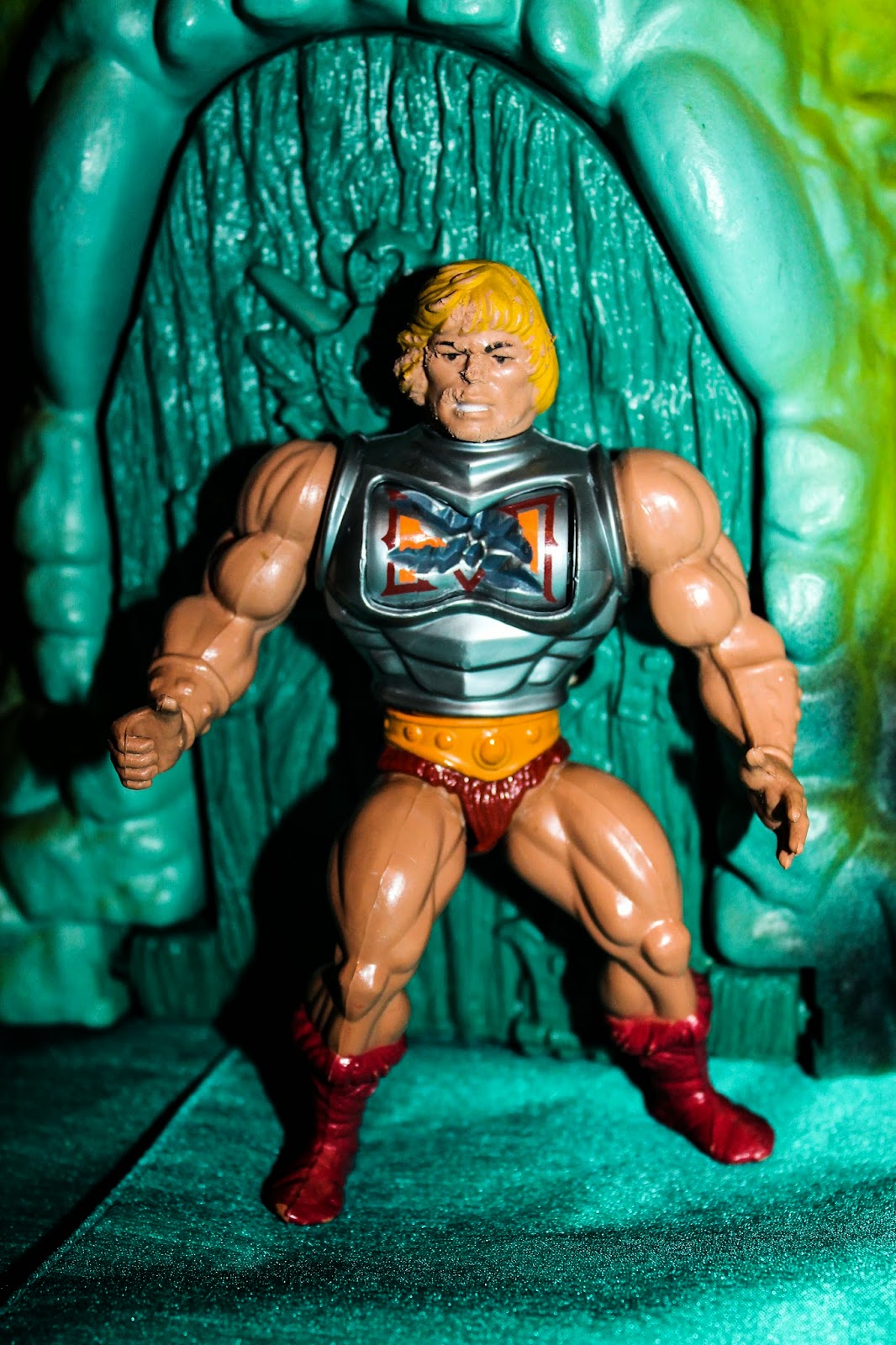 His face is a little scratched up, but I am going to attempt a head transplant with my vintage BA He-Man because his head is scratch free. Of course, there is something truly awesome about this He-Man figure having such a scratched up head. It makes me feel like he has some grit and a back story. I never thought I'd own a vintage He-Man save for my own, but this is nice and just in time for MOTU Day. 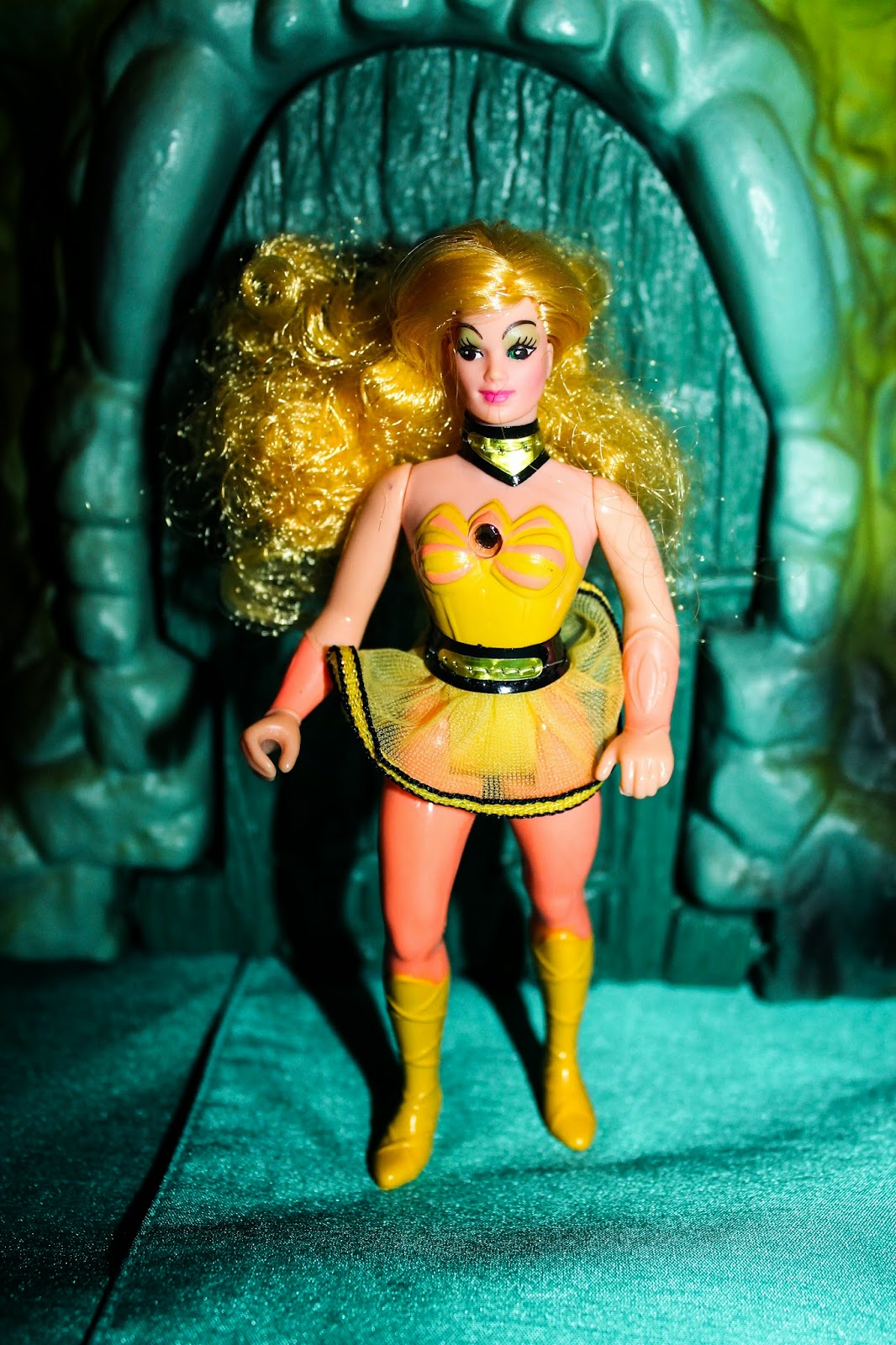 Some of the items I have come across recently from He-Man and She-Ra have been from vintage toy shopping in an actual store while others have come from the far away lands of eBay. I am always a bit leery about eBay because sellers will try to charge an arm and a leg for a vintage toy that is not as nice as the pictures usually make the item out to be. This Sweet Bee is a nice exception. She was part of a set with a loose Mermista and I was so happy with the price and the quality of the toys. Her skirt is in top shape. Paint looks good all around and while there might be some melted rubber band in her honey locks, it isn't that bad. 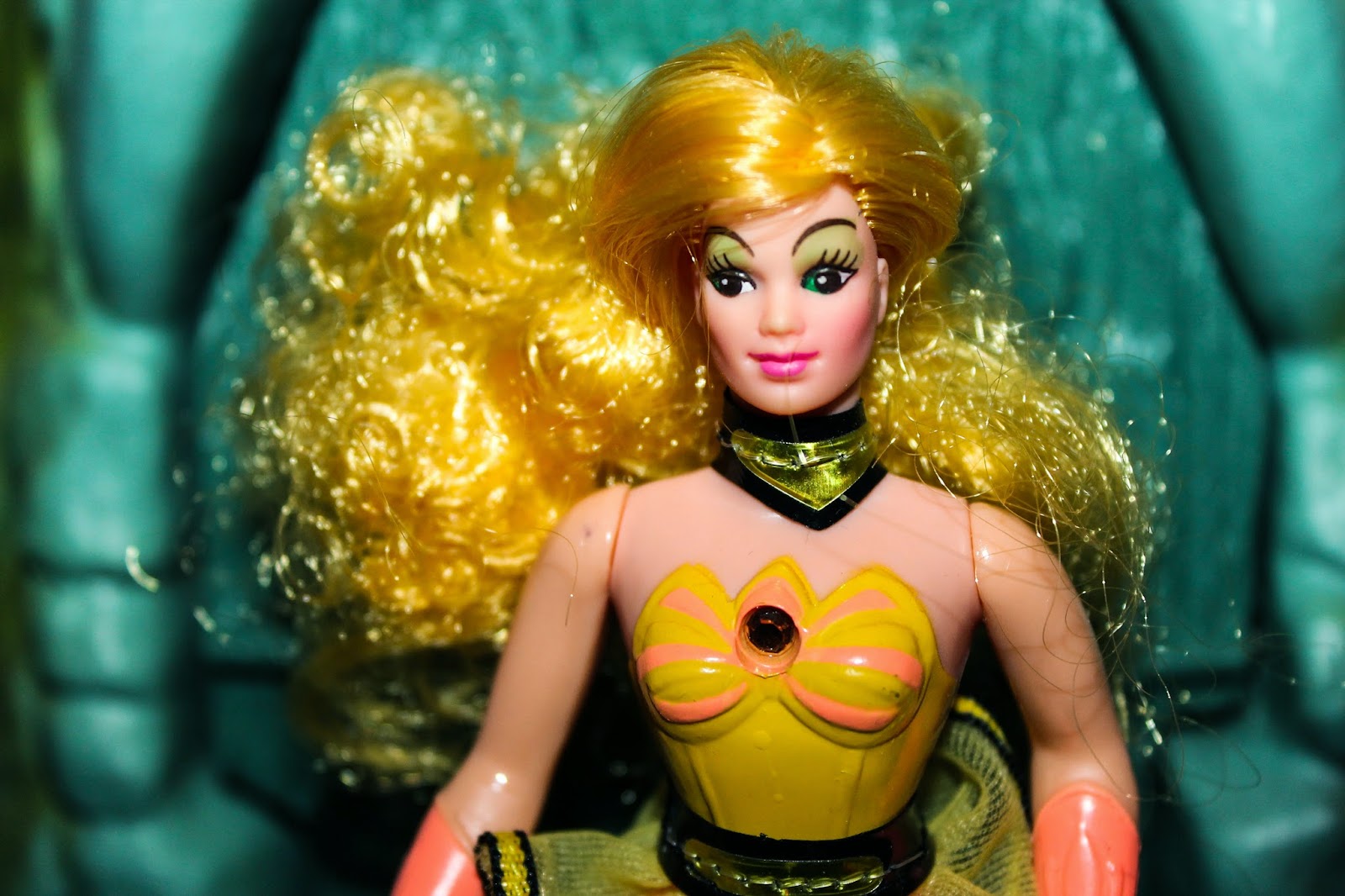 The thing I have always loved about some of the vintage PoP toys is the 80's excess with their make up. Sweet Bee has some loud eye shadow but it is just mesmerizing. I've also enjoyed collecting some vintage She-Ra toys that are in far better condition than the stuff I grew up with. 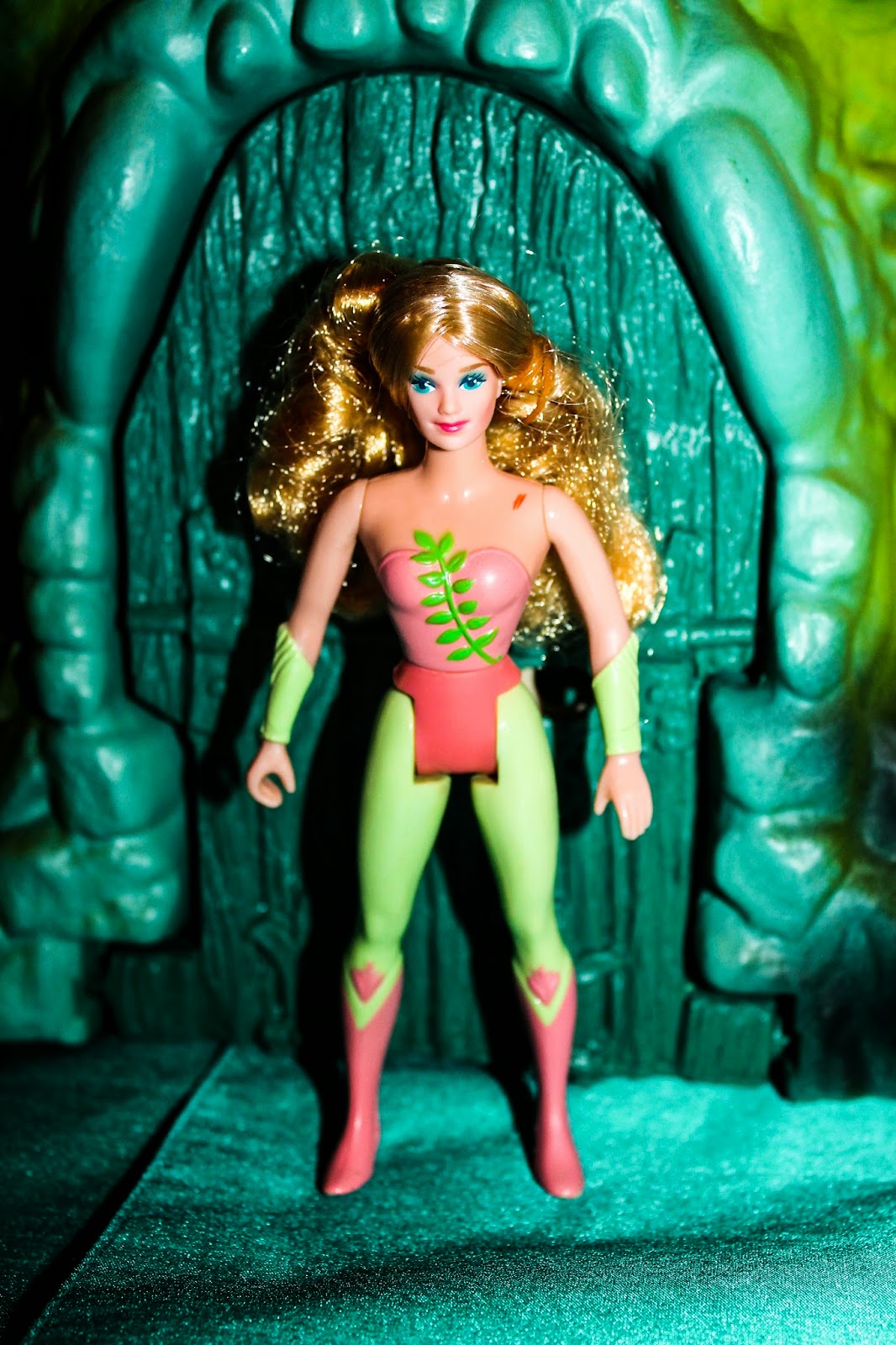 Up next was another eBay find that had the sweet smell of success. I guess. There might not really be any success about it, but I love Perfuma. She no longer has her scent, but her hair is still styled nicely and the coloring on this toy is still crisp. Perfuma is the only toy I have ever slept with. I've mentioned this story before but it bares repeating. One night when I was younger, I just did not want to stop playing with my toys so I hatched this stupid plan to hide some toys under my pillow and after everyone fell asleep I'd wake up and we'd go on all these adventures in the middle of the night. I completely forgot about this plan as I ended up crashing and when I woke up the next morning, my Perfuma had a massive beehive from me tossing and turning over her. Stupid. So stupid.

On a side note, I am hoping that when Perfuma is released with a new sculpt for the Masters of the Universe Classics toy line that she will have an appearance based more on the toy than the Filmation cartoon. I love her toy look and it reads much better than her Rose Petal Place dress from the cartoon. (Not that I have anything against Rose Petal Place, I just like my Perfuma based off the toy.) 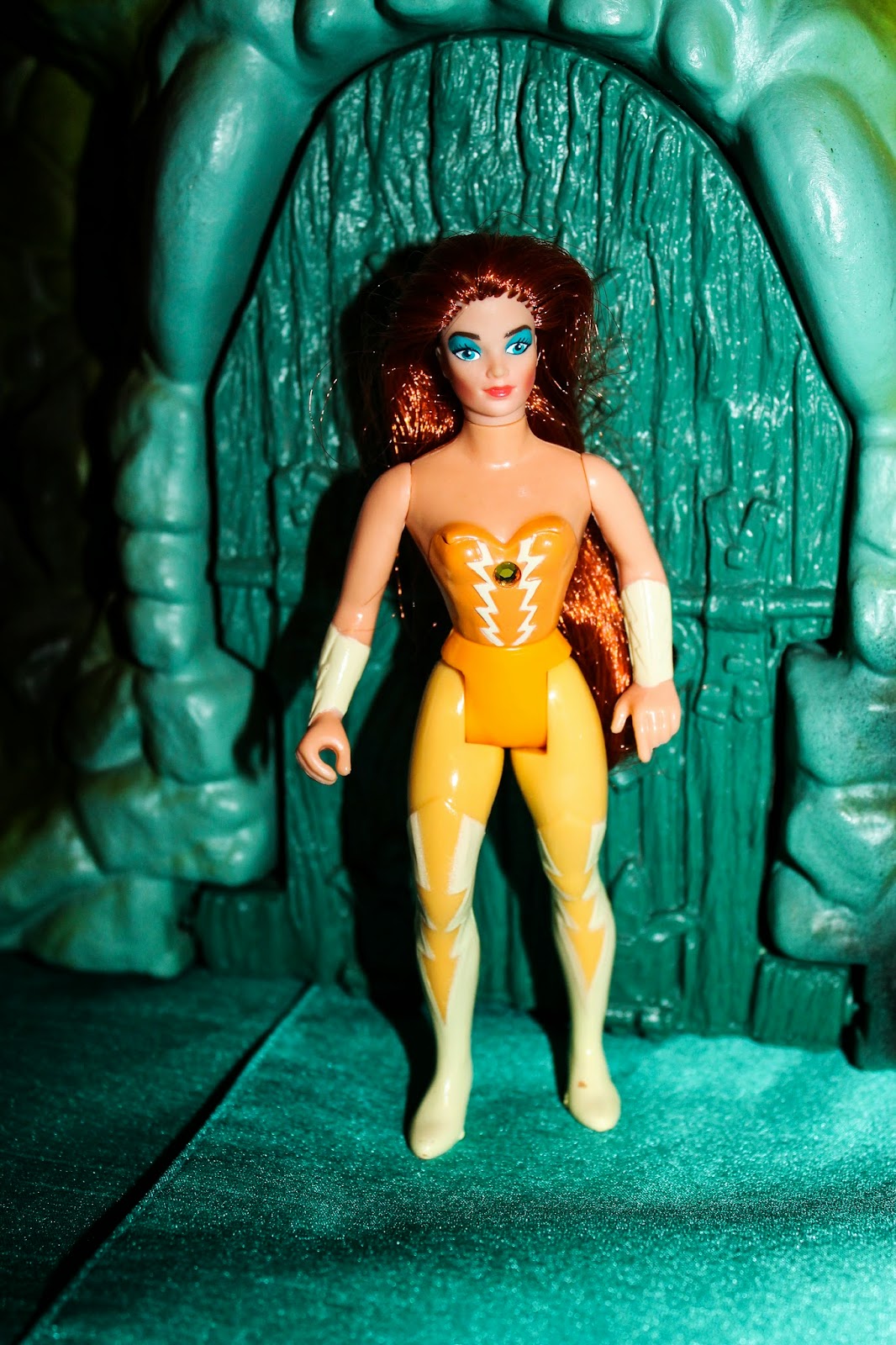 Another surprising item I recently picked up was a vintage variant Castaspella. There are two versions of vintage Castaspella. One with boots painted in a solid off white color and the variant above wherein lightning bolts are filled in on her boots. I love this look so much. I was never really aware of it as a kid as I had the original more common Casta, however once I became aware of this variant I always wanted one. When I saw this one I just knew she needed a new home. 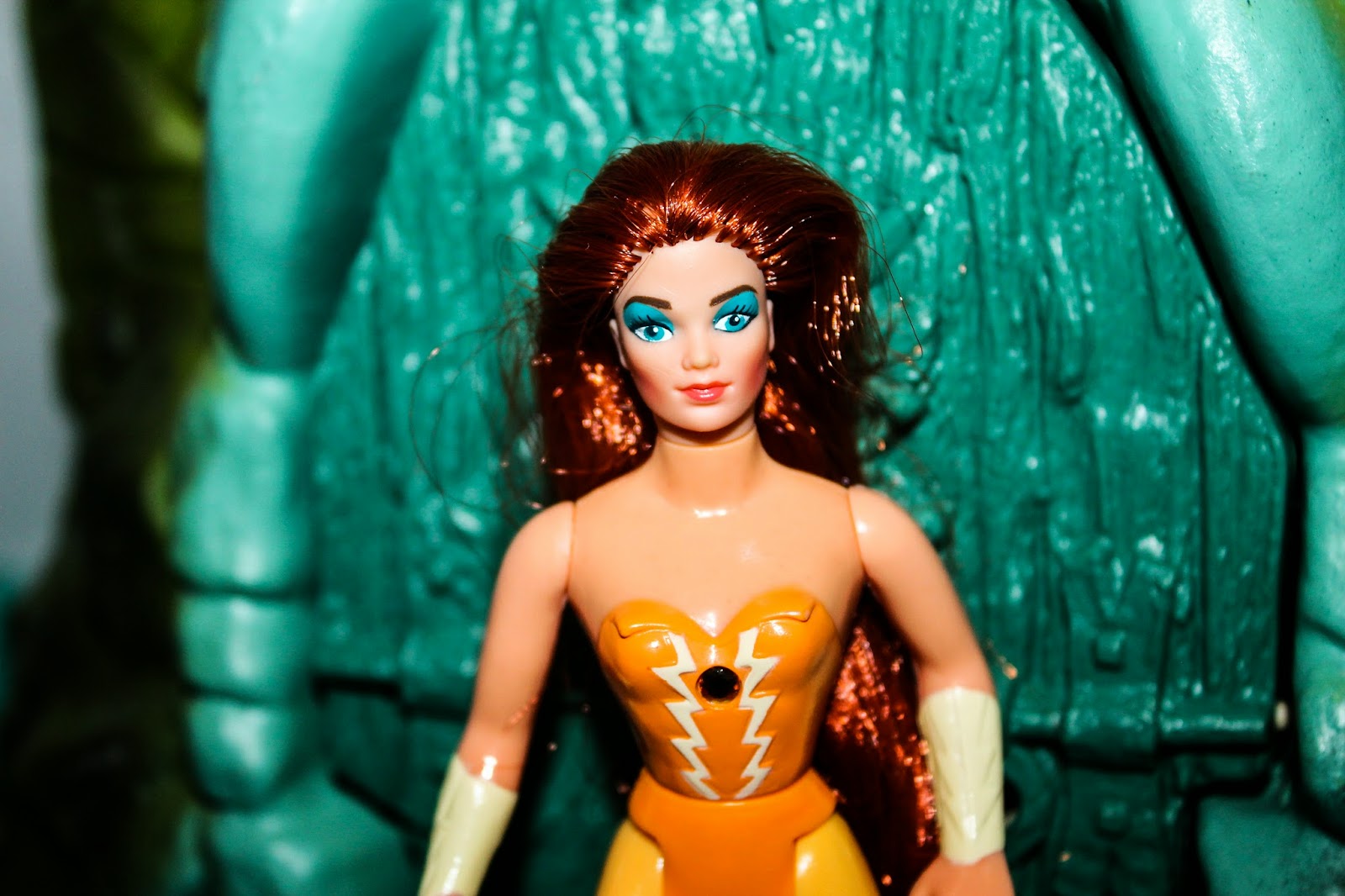 Here we have some more loud make up. I always loved her bright eye shadow. Oh my goodness my first Castaspella was purchased at a Walgreens type store and I just remember being so enamored with the entire figure in the package. I can remember the experience clear as day. That is why MOTU and its whole mythos is so special. We all have these kinds of stories that are tied to these items. 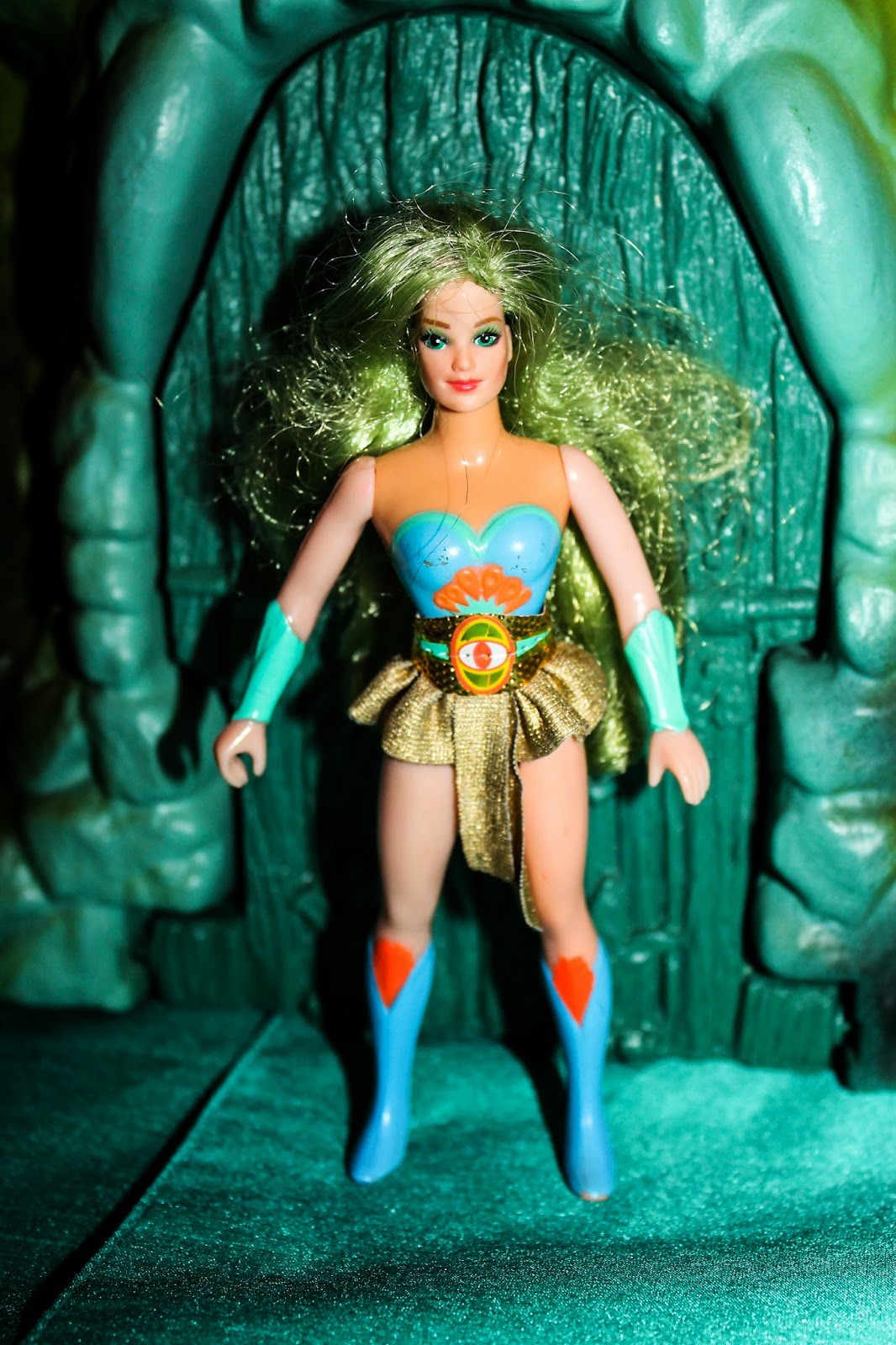 As I mentioned above, Jason D. was beyond sweet to pick me up that BA He-Man, but he also picked up this Peekablue for me as well. This is a real treat. Her hair needs some more work on it, but I have washed it and tried to tame it. I also had an extra skirt in perfect condition to go with the green haired lady. I used to only want the collection I grew up with, but I'd say in the past few years I have really tried to add more loose vintage PoP items to my collection. It helps with the aging process, not just my own aging process but the aging process of my old toys. Time has not been the best to some of the things I owned as a kid. Having the chance to revisit these items has been very fun and helpful with revitalizing my collection. 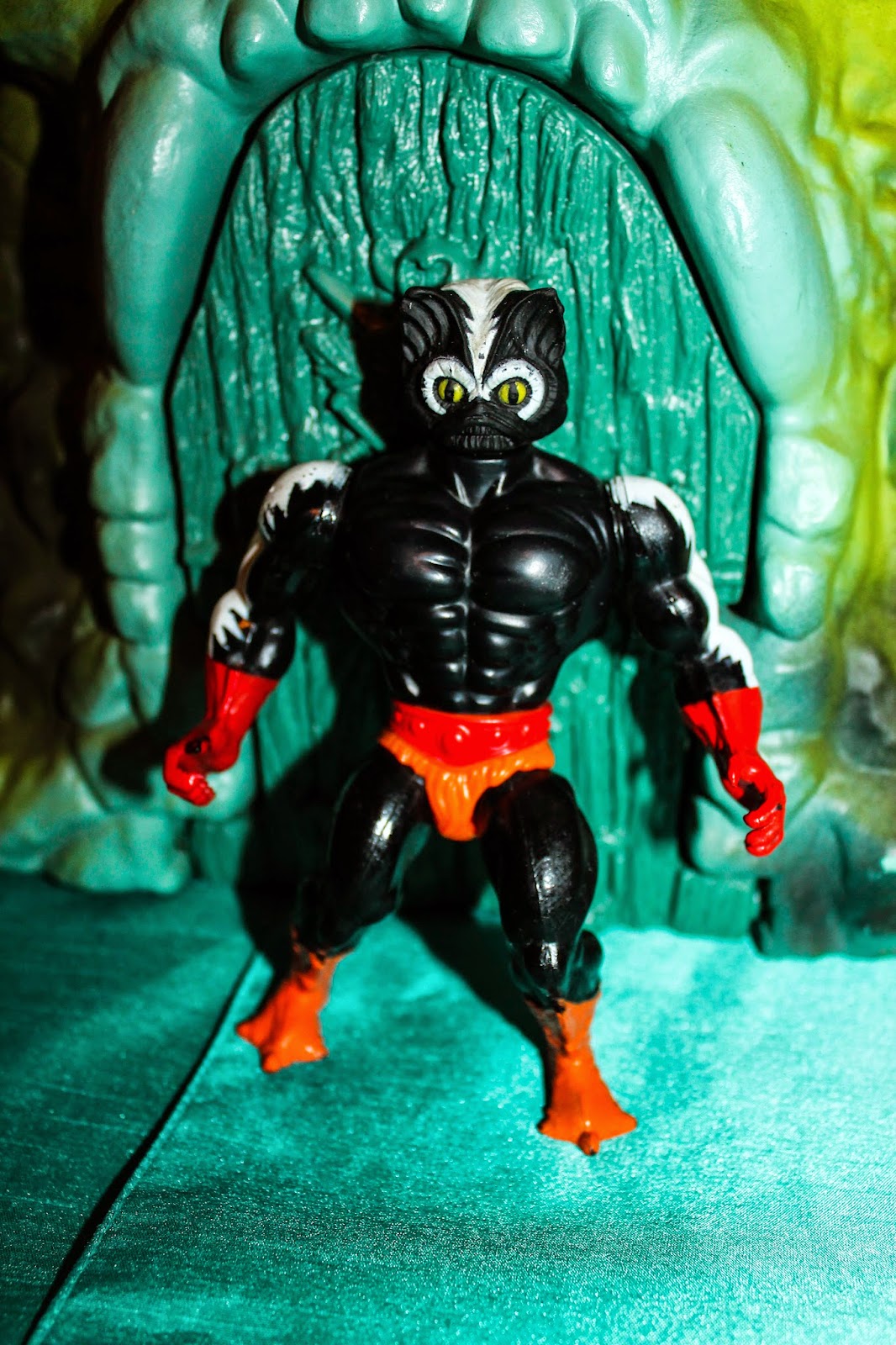 One last item from that antique mall is this glorious figure: Stinkor! I was once terrified of this toy as I thought it would smell like farts and those farts would be stuck on me forever. I am now very glad that I have a vintage Stinkor. He is so freakin adorable and I feel like I really fell in love with him when I was writing those She-Ra fanfiction chapters every Saturday awhile back. I don't know what it was, but writing him into the story and having that close friendship with Castaspella was so much fun and made me just love this guy. I'm not saying he's my soul mate, but I am saying I'd be smitten if he stepped through my door. I'd need a mask for life, but that would be ok. 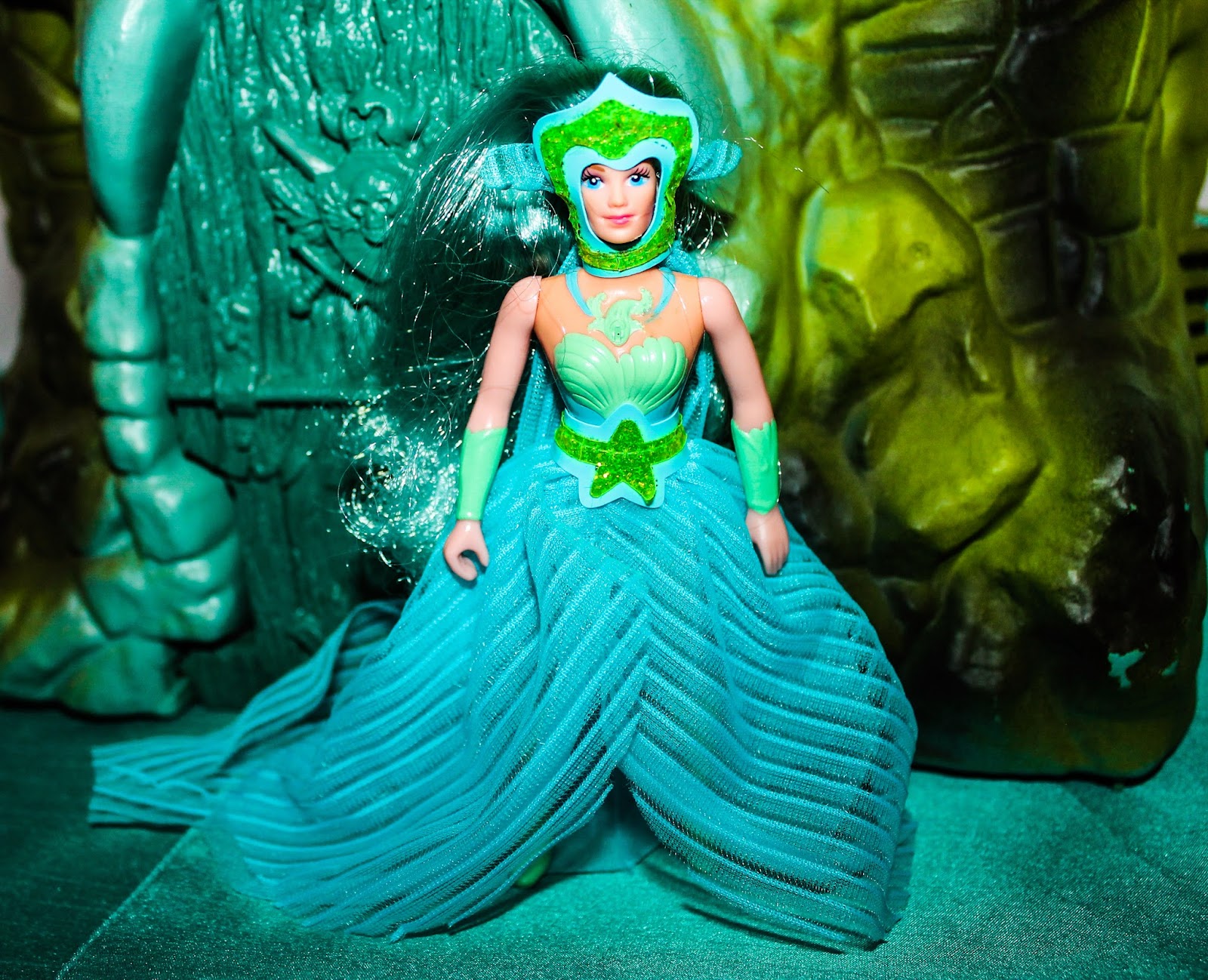 I have bought a lot of vintage Mermista figures this year. I feel like I might have a problem. I think I have about five of them? It's a bit much. I'm not quite sure why I have so many, but she is my ultimate favorite character from the mythos. This Mermista was purchased loose but dressed in this fantastic fashion called Deep Blue Secret. It is stunning and a perfect fashion for Mermista. 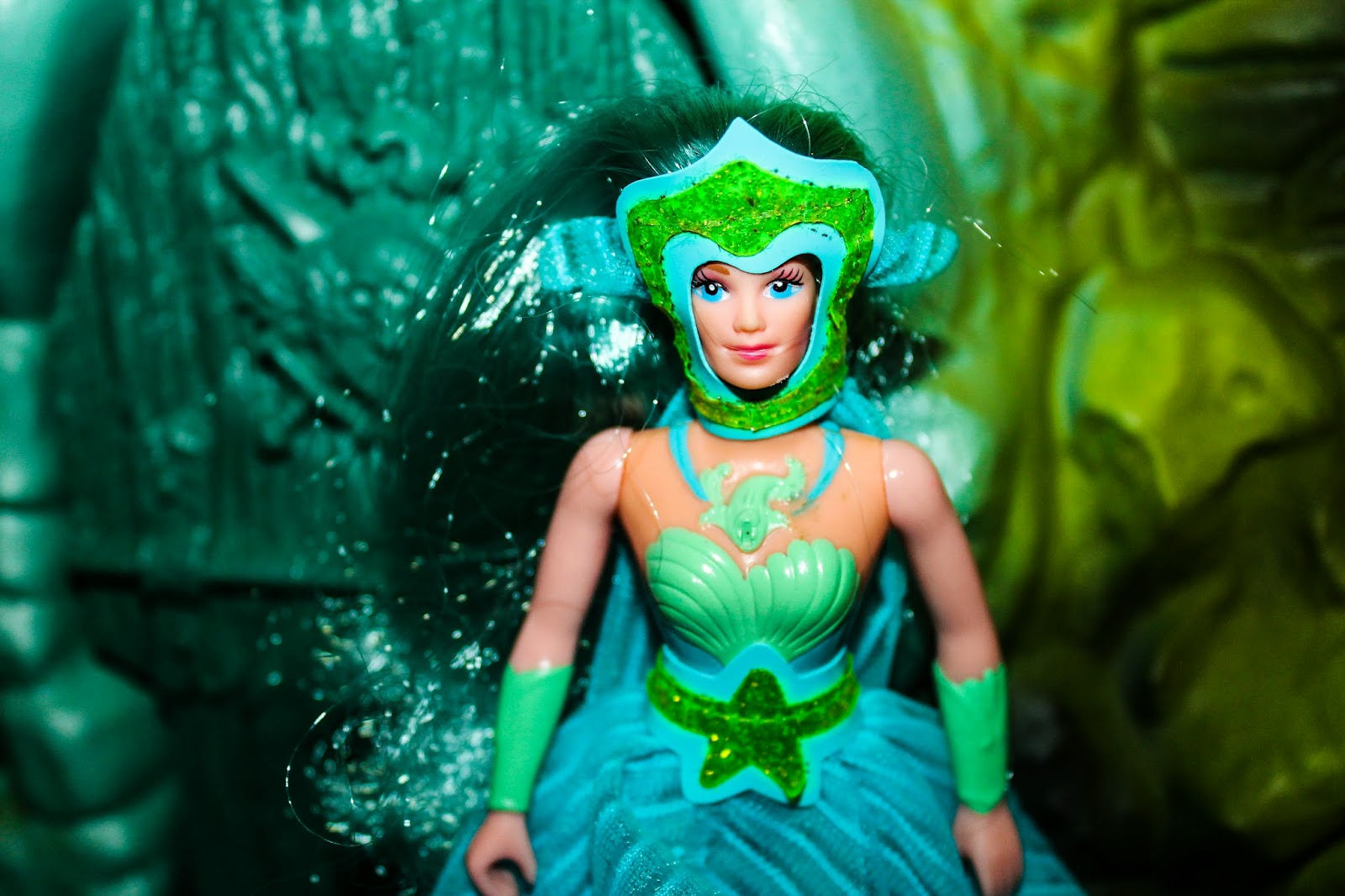 The detailing is fantastic. I love the glitter effects as well as the colors. It just makes my heart sing! 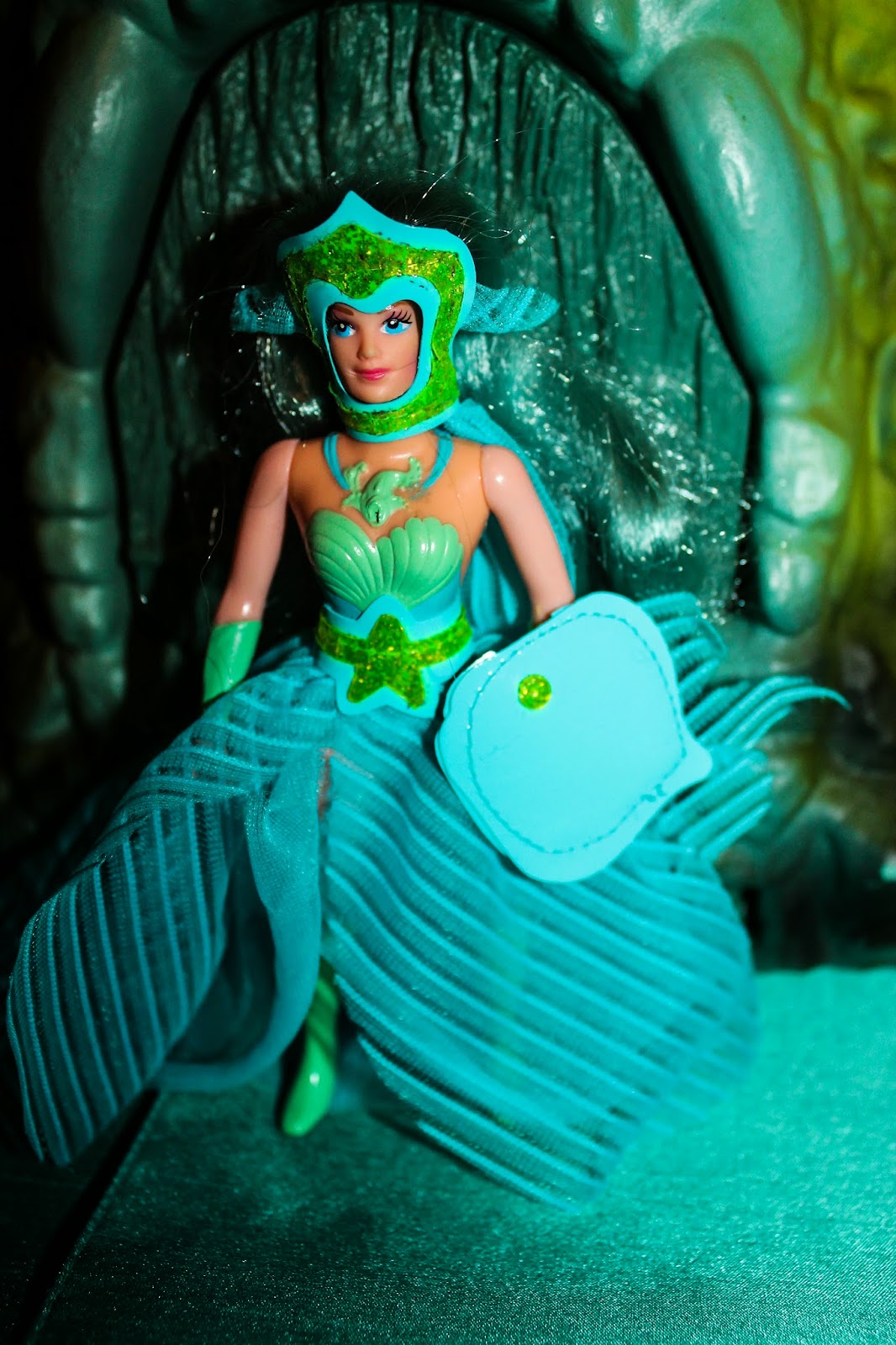 What's even better is that she comes with a fish shield! 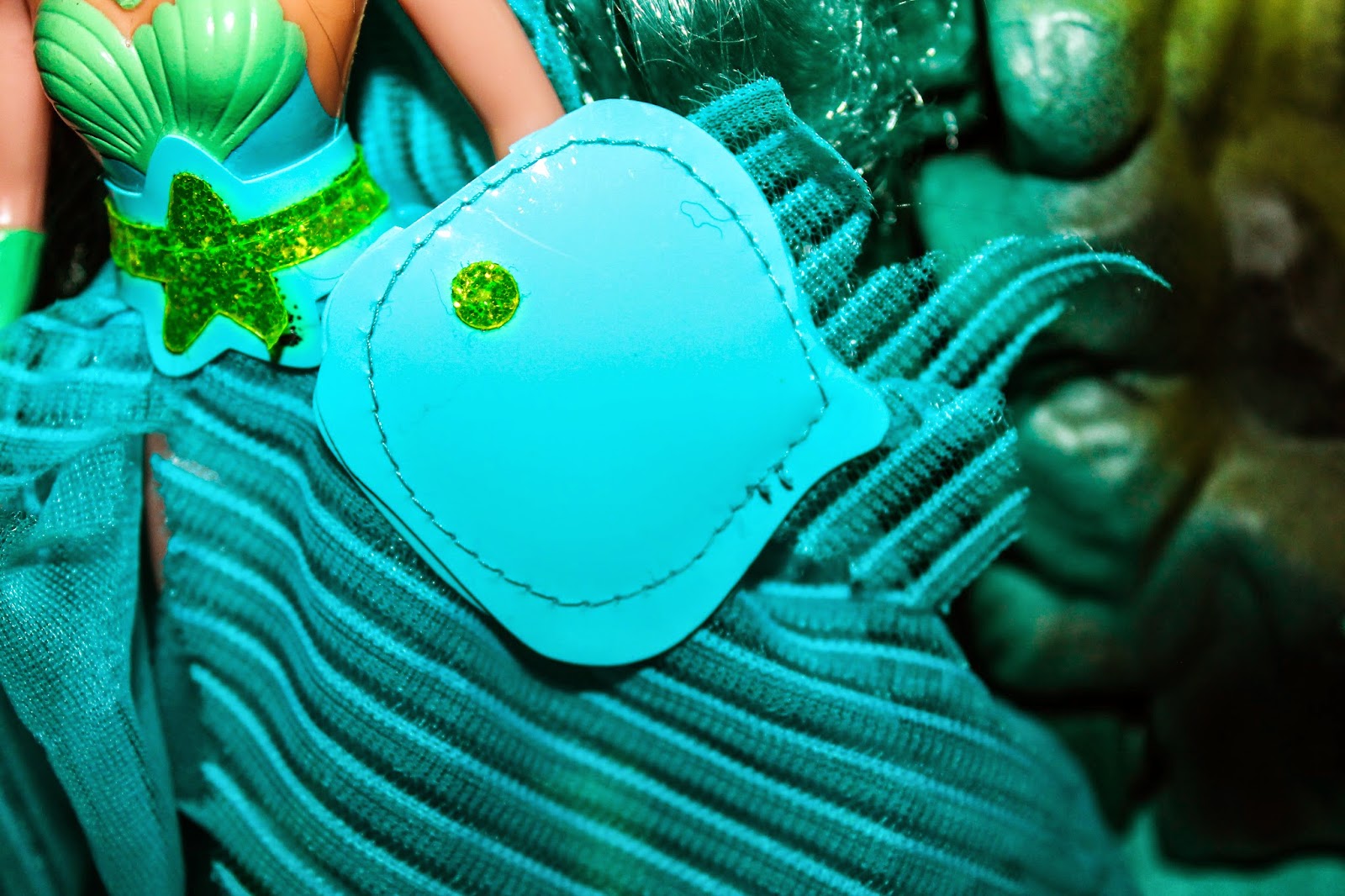 A fish shield!! I mean what in the world? How much fun is this? Oh goodness vintage He-Man and She-Ra items were truly some of the best toys ever made. 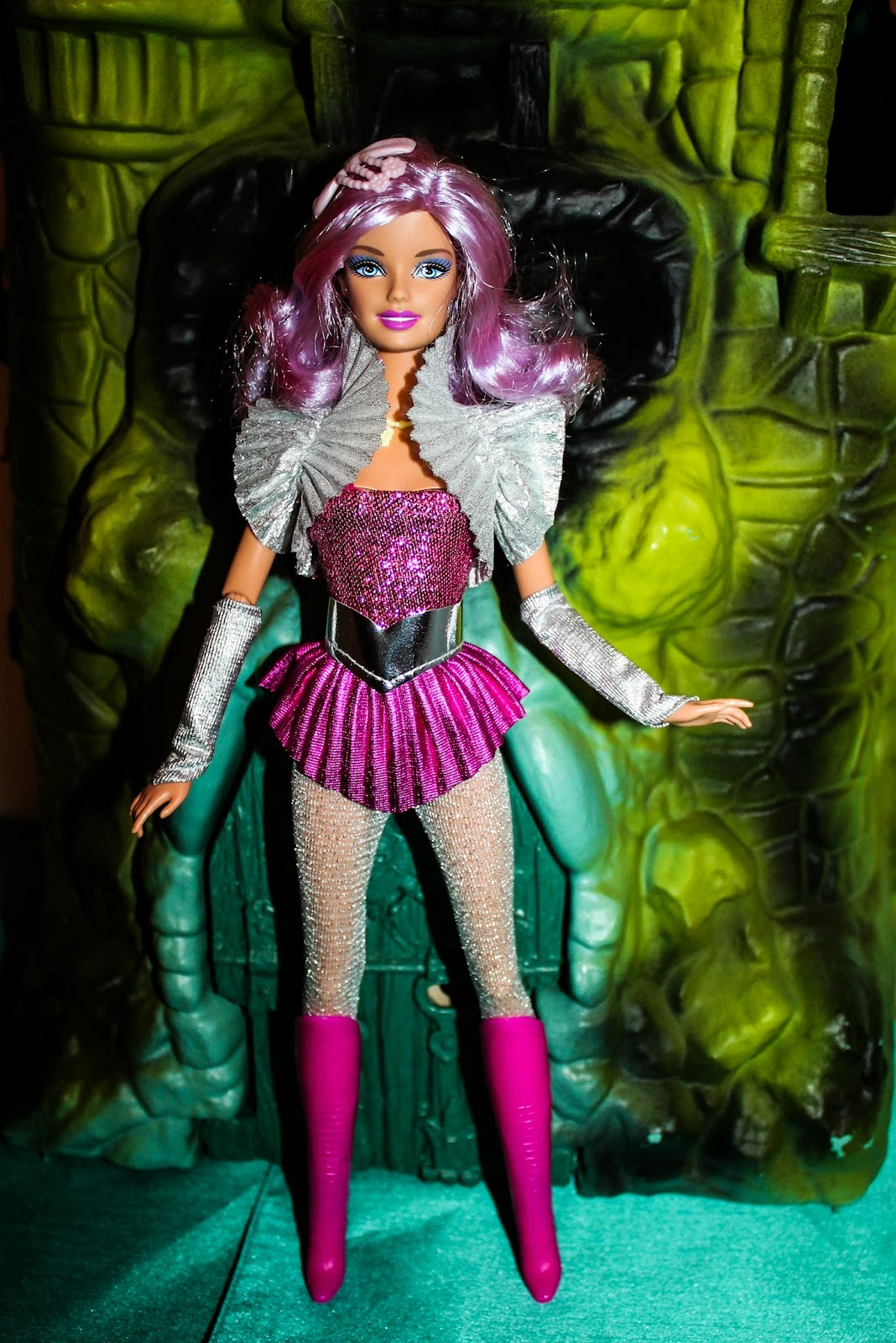 I know I've shown this before but I feel like it needs to be repeated. This is a Barbie doll styled by me to be Glimmer. I have always hoped that Mattel would make some He-Man and She-Ra collector dolls though something tells me I will be waiting my entire life for that, which is why I took matters into my own hands and made my own Glimmer Barbie doll. It was rather simple, she was a modern Barbie doll with swappable head that had hair the color of Glimmer's hair. I also added some vintage Barbie clothes from the 80's that looked close enough to mirror the look and style of Glimmer. 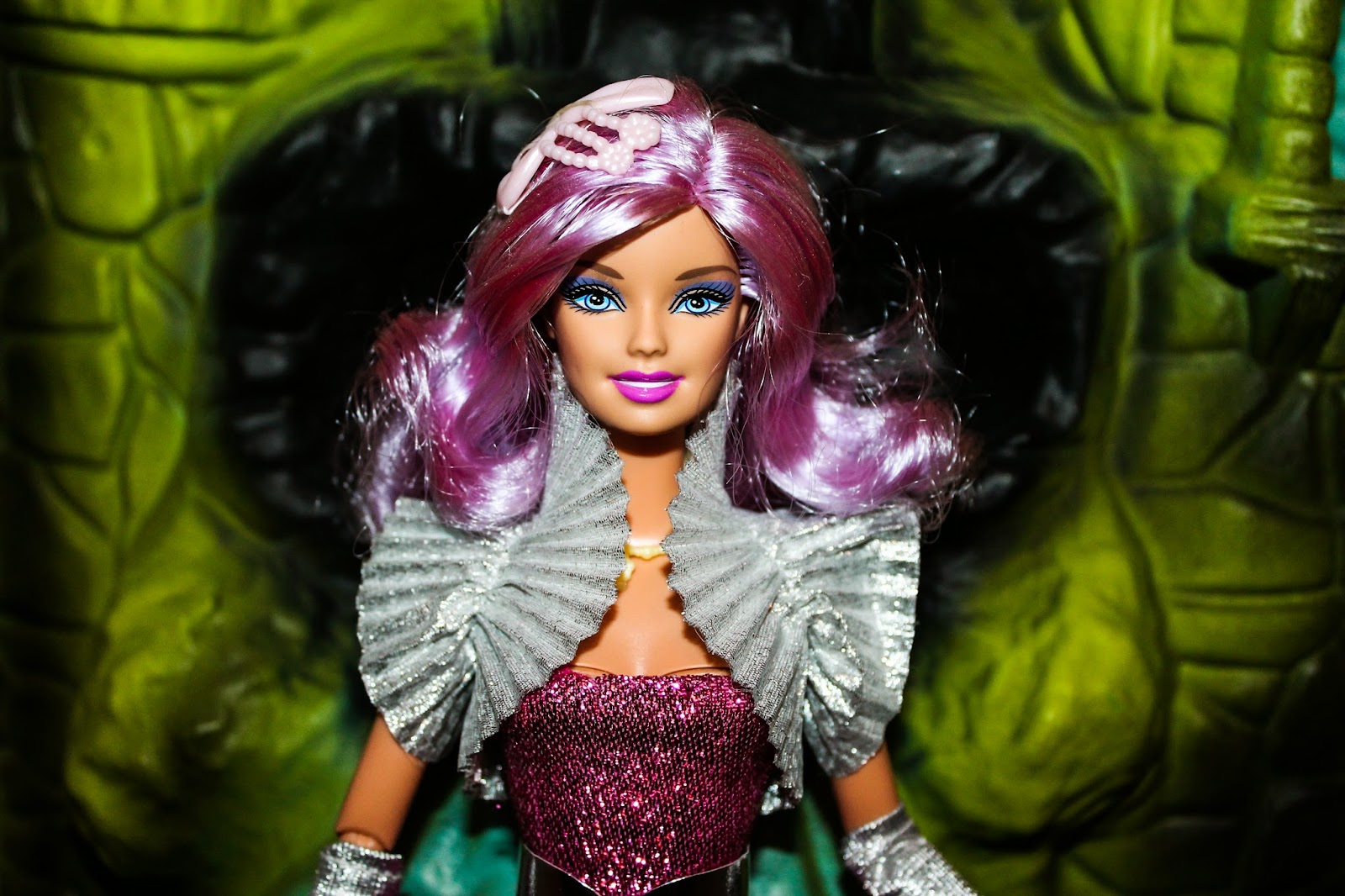 A few years ago when Barbie had that fun swappable doll line, there were so many fun things to do. I have been trying to style Barbie dolls after She-Ra, Mermista, and Catra respectively. Maybe one day that will all happen.

Now concludes the portion of vintage toys I have added to my collection recently! Next we move on to some pictures that I have edited to share in my love for all things MOTU! I took these photos below but I also added some effects and filters on them for fun and whimsy! 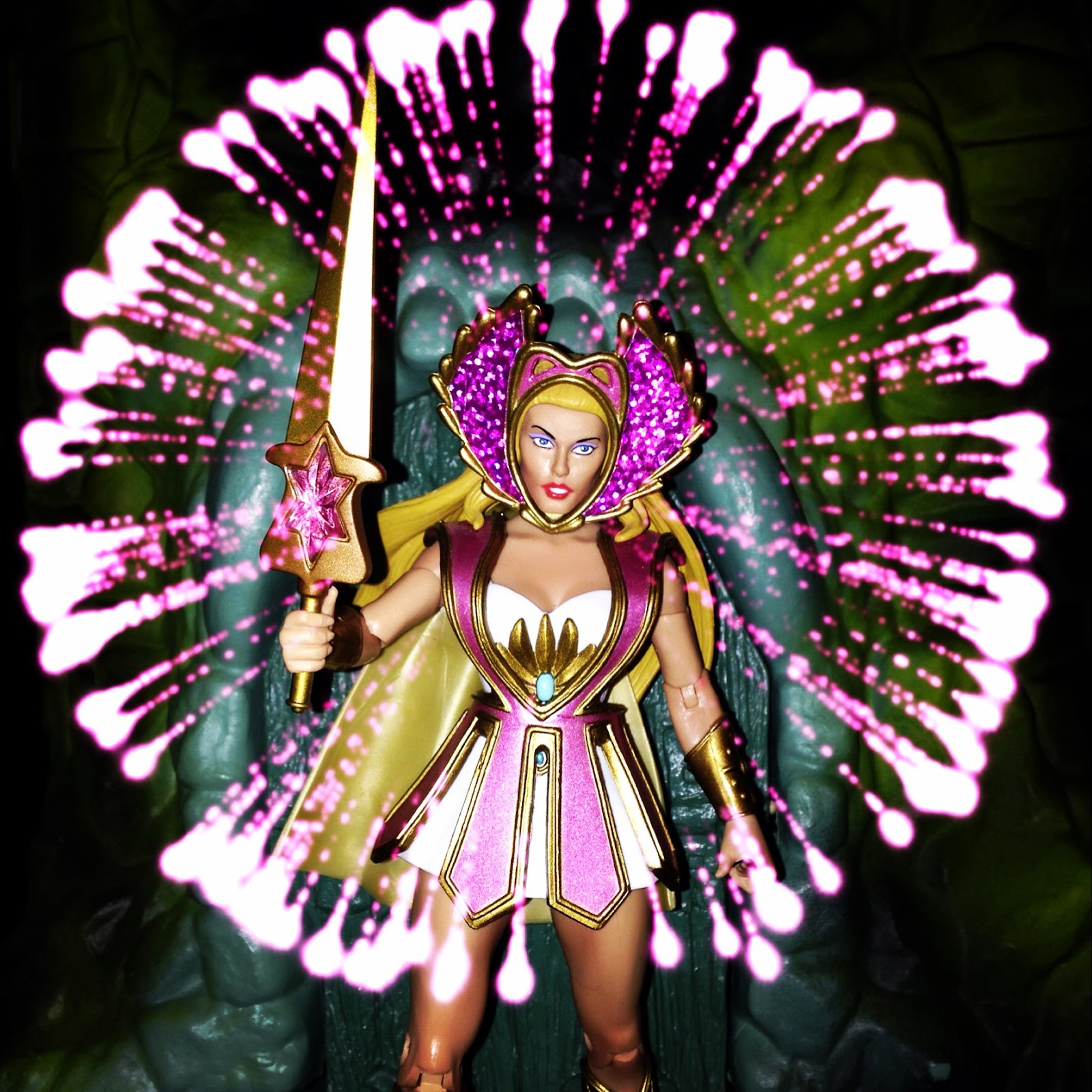 For the honor of Grayskull!! 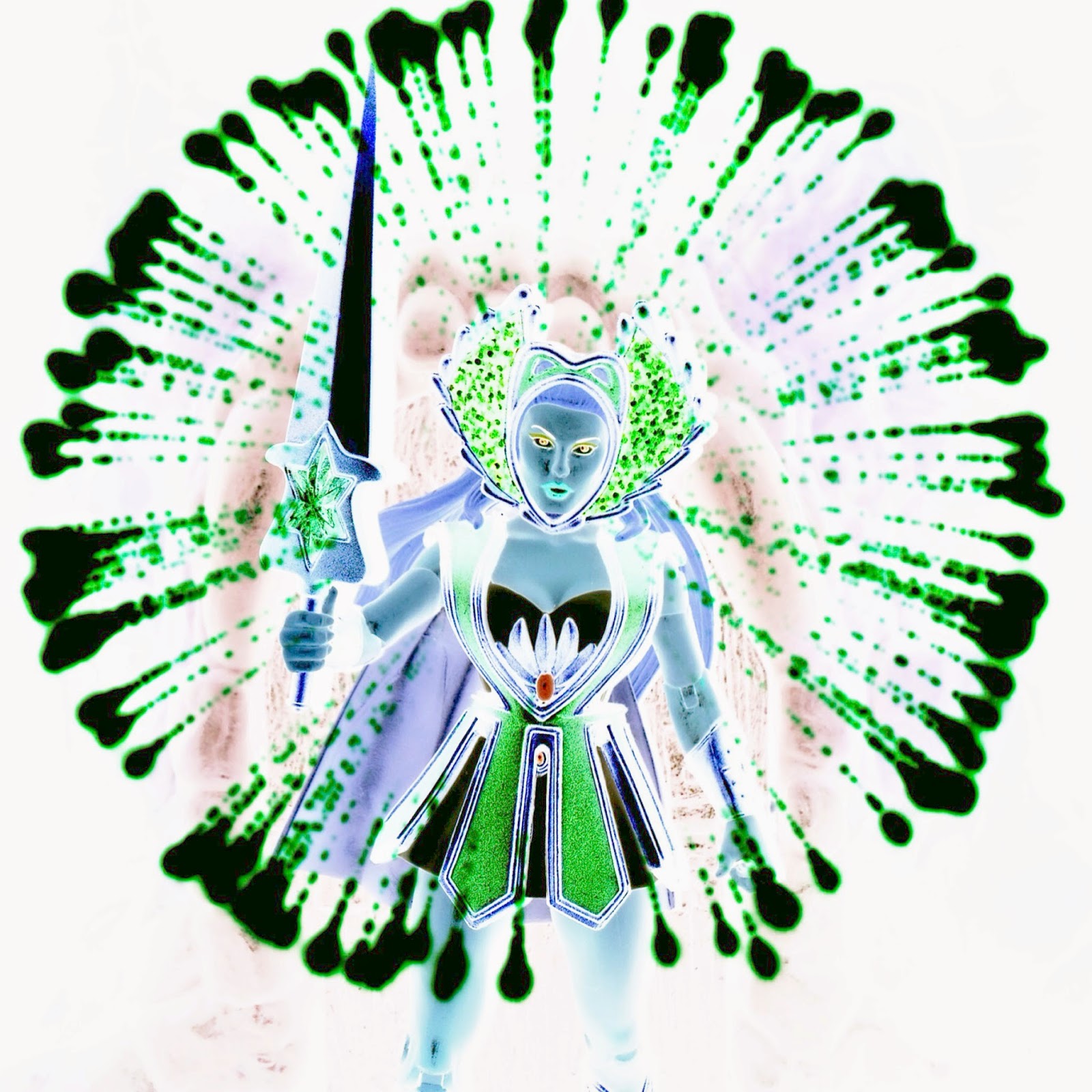 What I imagine happens when the power goes away and She-Ra returns to Adora. 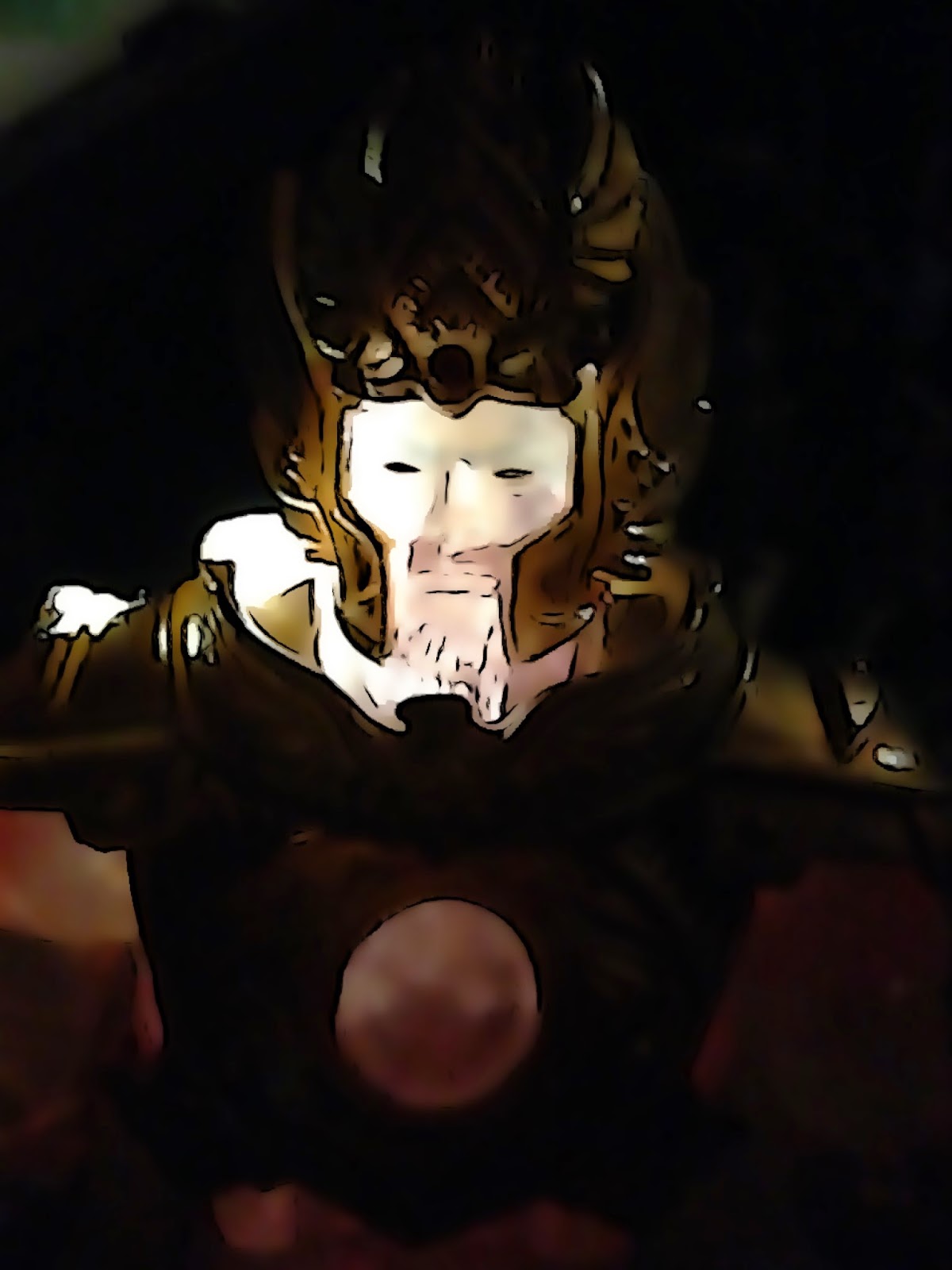 Light Hope with a special animated filter. One day when I got home from work, I noticed some light spilling through upon my collection and the way it illuminated Light Hope was just so beautiful, so I tried to take a picture to capture what I was seeing. 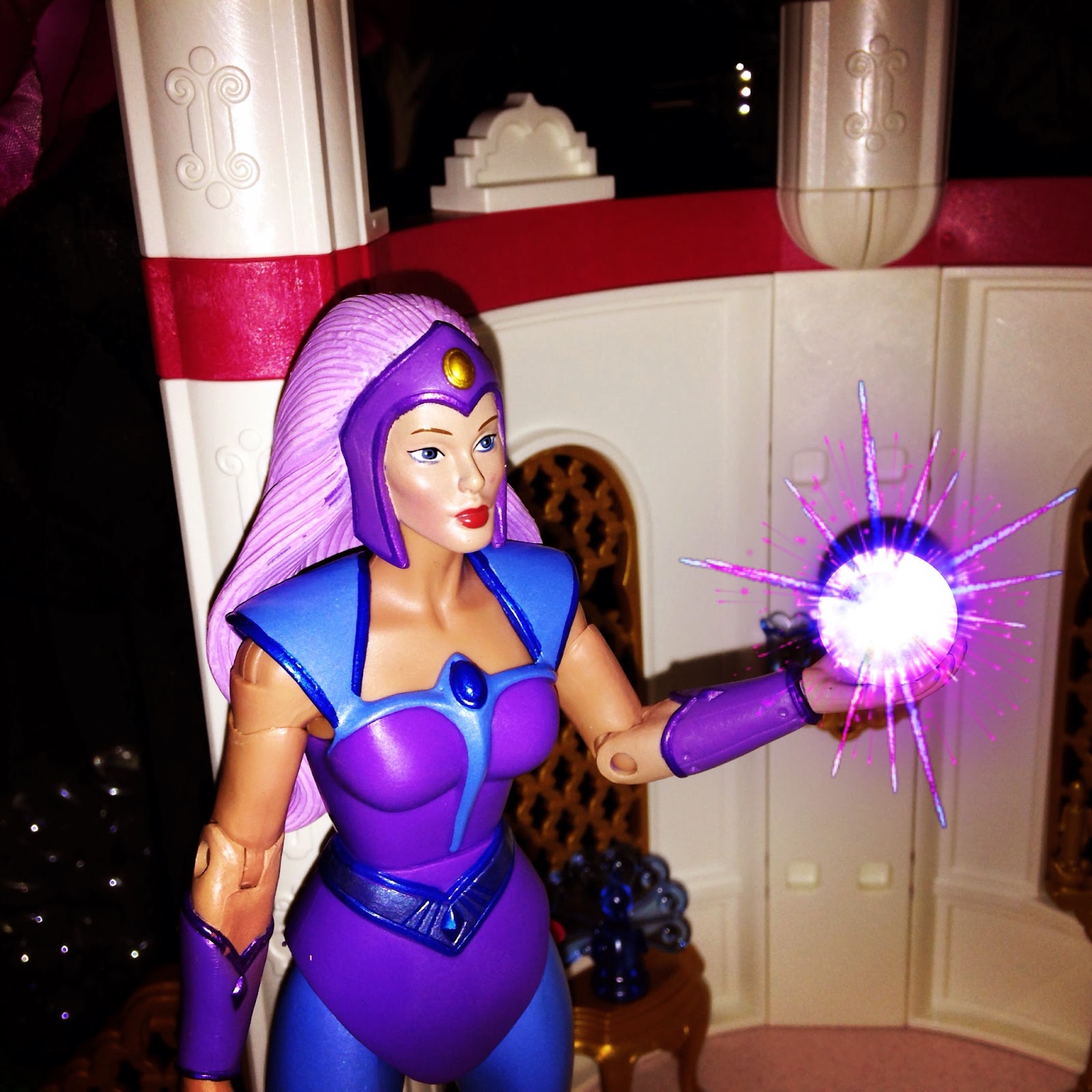 Glimmer lighting the way and more. 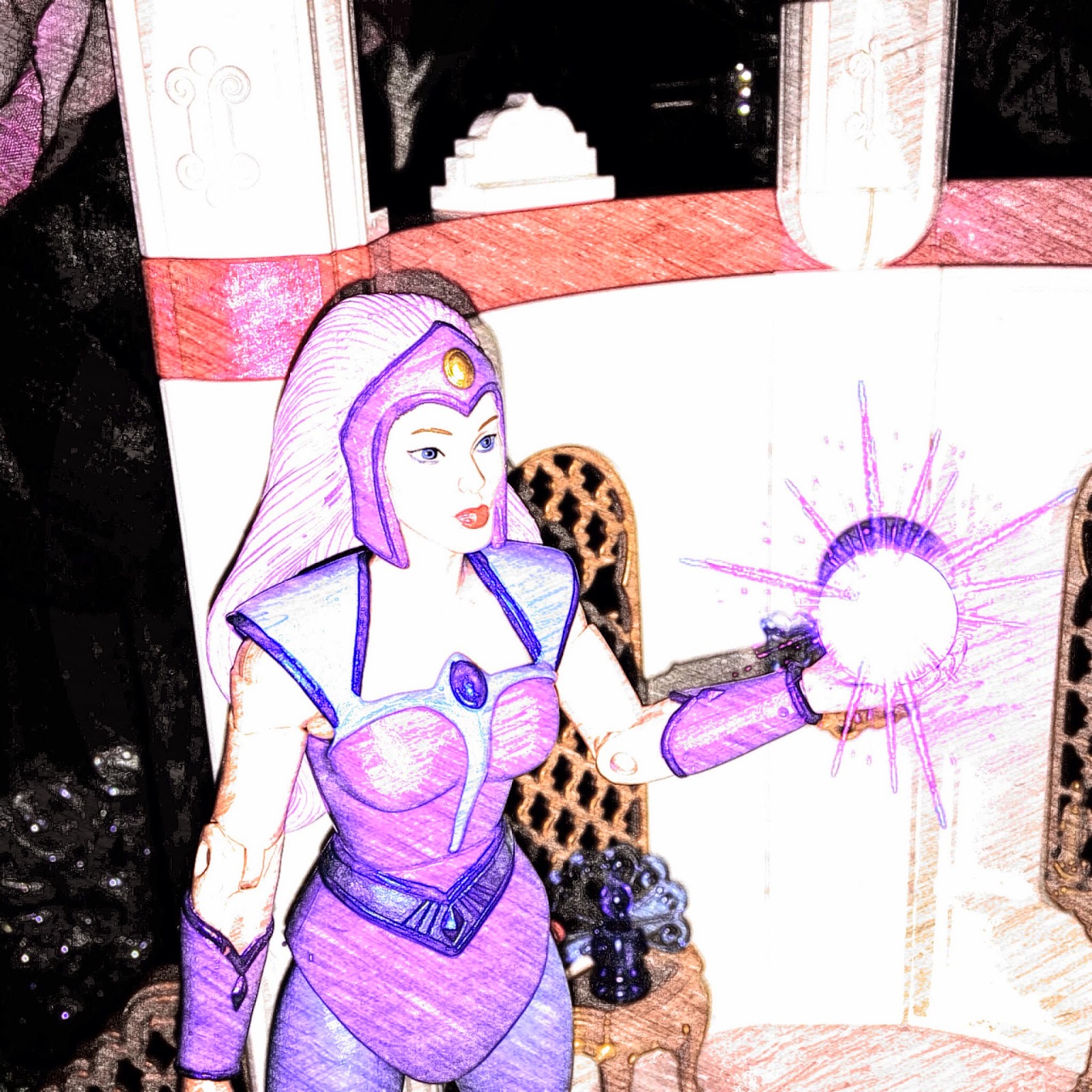 Glimmer in an A-Ha video. 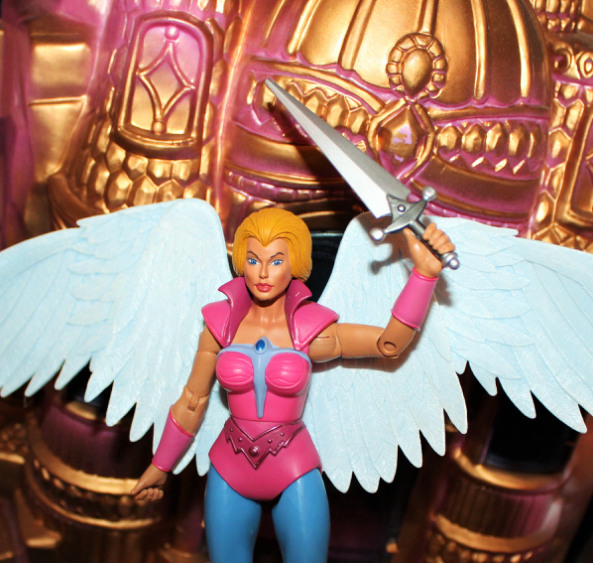 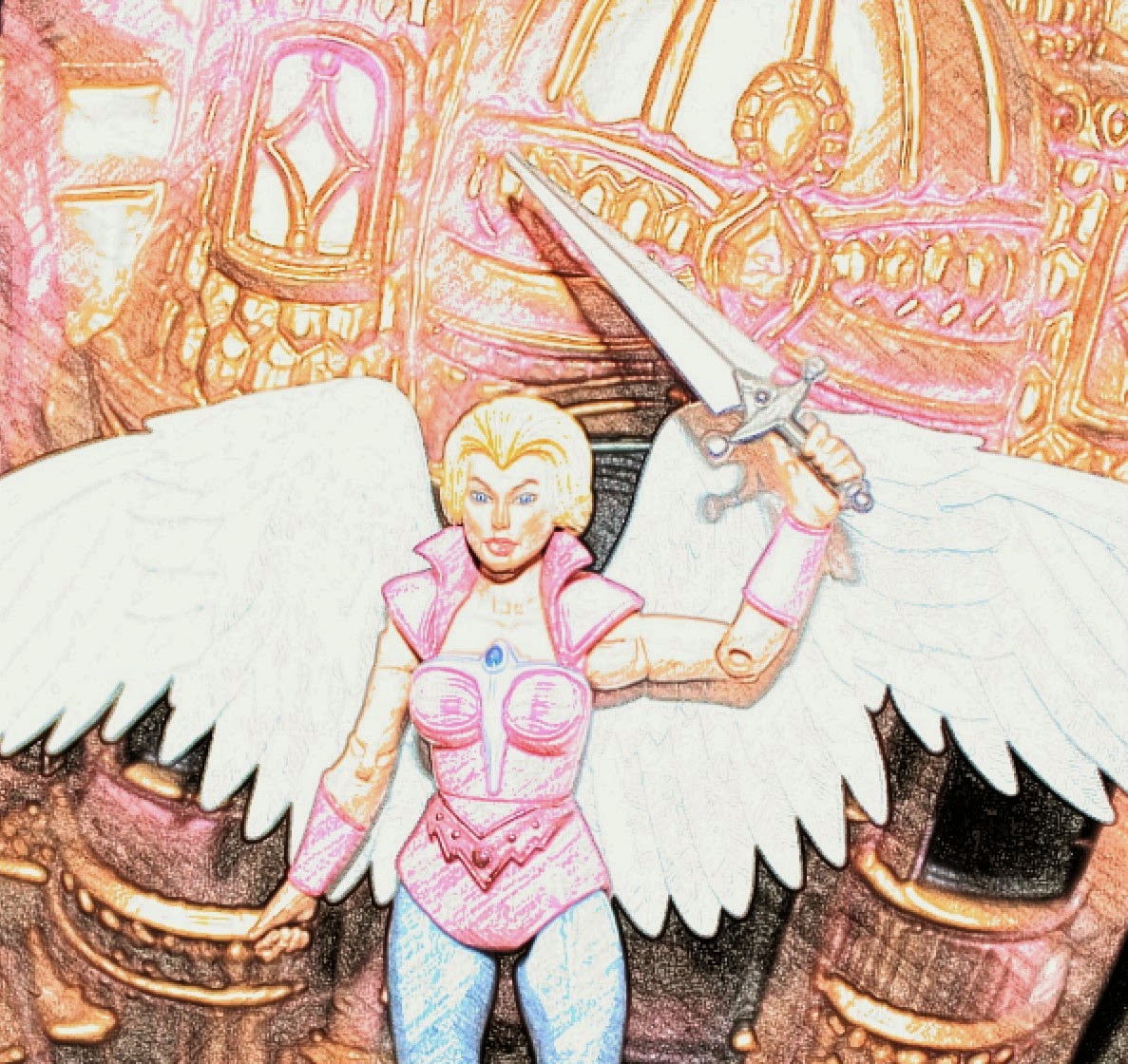 Take on Angella and perish! 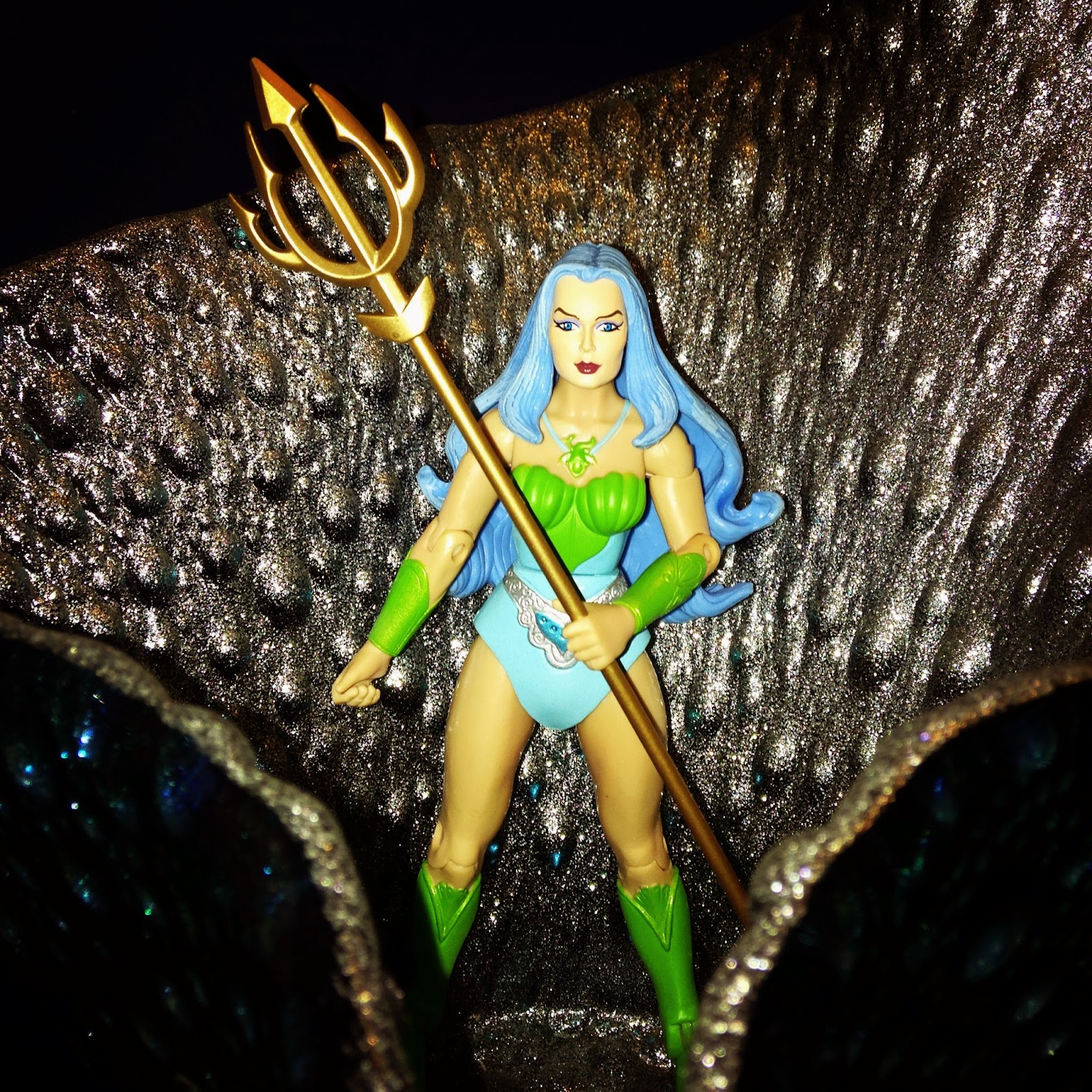 I bought this vase that Mermista is posing in two years ago for the sole purpose of taking this picture. It was worth the wait when Mermista was released this past December in the Classics line. 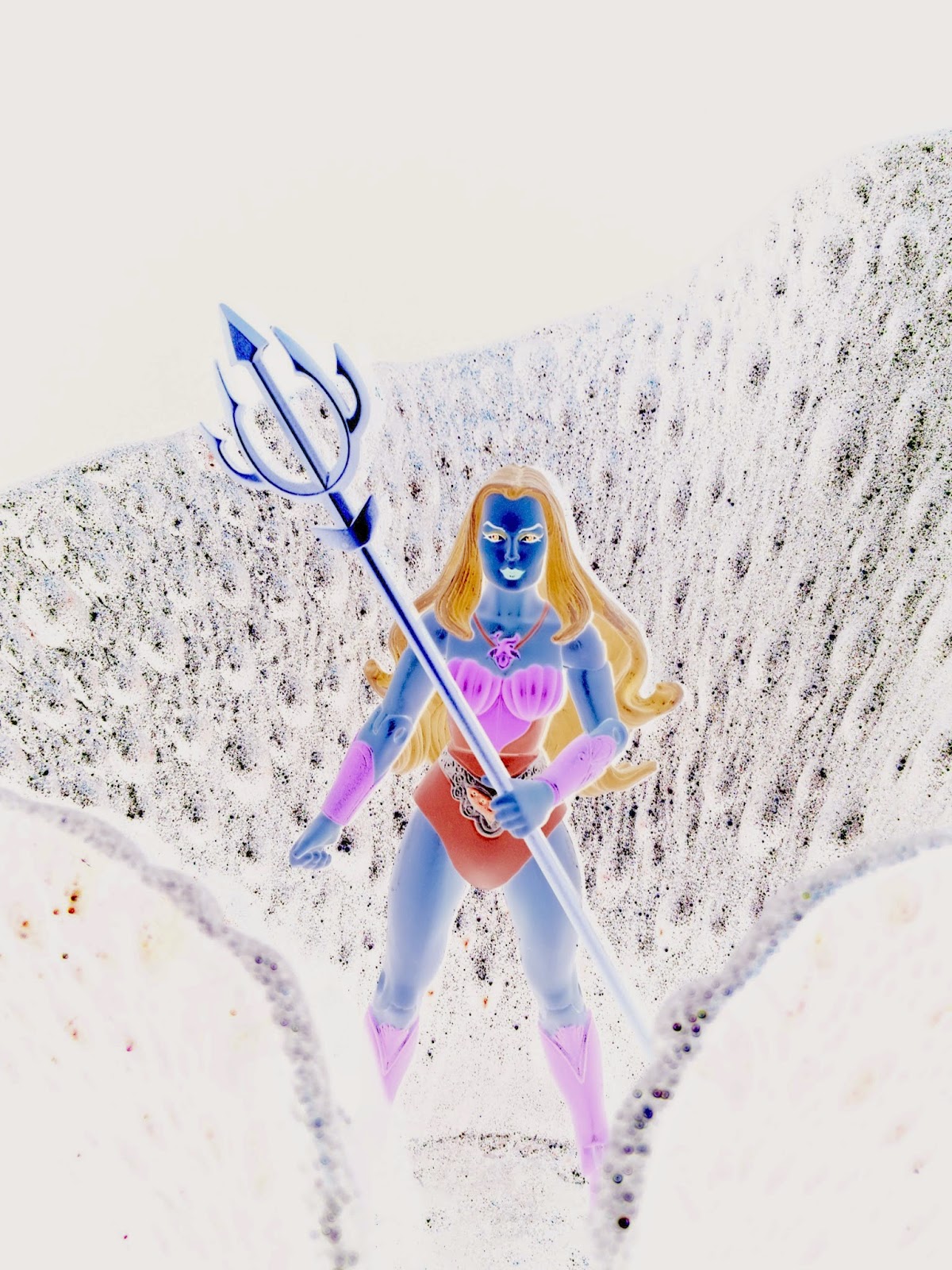 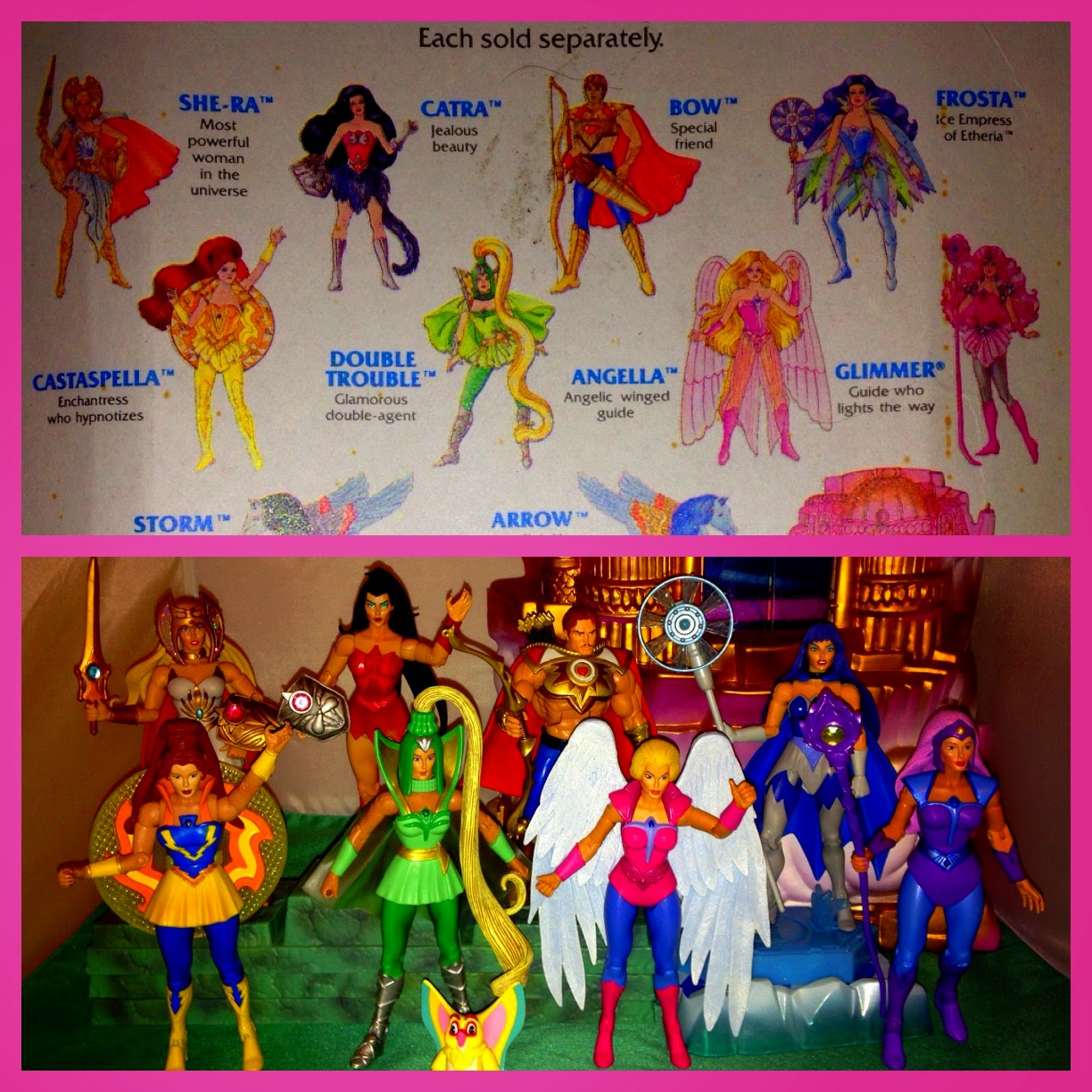 For those who follow the Classics line, that first vintage wave of She-Ra figures are now made in Classics form! 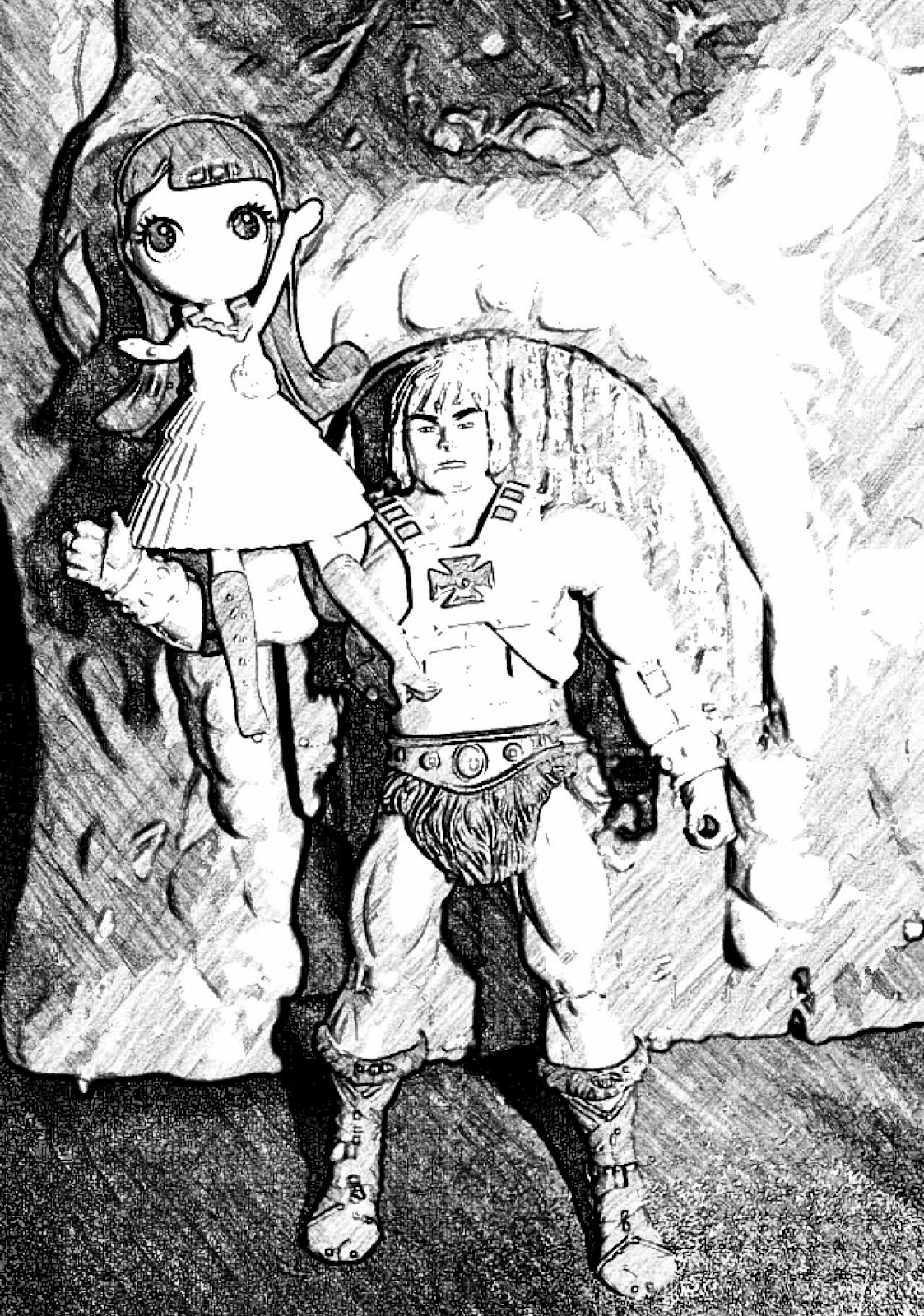 Toy Miss M and one of her heroes. If only I could draw this well and not rely on a picture with a sketch filter. Oh well.

Either way, enjoy MOTU Day 2015! Be sure to check out some other blogs joining in the fun and see what they have to say about one of the best properties ever!