The Latest in Toy News!!!

Masters of the Universe Classics in Trouble?
The popular MOTUC toyline sold on Mattycollector.com is facing a bit of an uphill battle in terms of sales. Club Eternia Subscriptions are at a low and in order for the line to continue more subs need to be sold according to Scott Neitlich (Toyguru) the brand manager along with the Four Horsemen, Sculpt-ors of the awesome toy line. Club Eternia is the program created by Mattel to lock in customers for the year's release of figures. In the past sub sales have been great, but there were some changes with the 2013 subscription process that have not sat well with fans. Some do not like the five dollar increase as the increase effects the shipping for international customers. Also some fans are not thrilled with the items shown so far for the 2013 sub at this year's San Diego Comic Con and are unhappy that the full 2013 line up is not being released. (Due to legal reasons, the full lineup will not be released, but so far the items for 2013 do look pretty nice.)

These are just a few things that have lit some fans up, though the real reason behind the lower number in sub sells could really be anything. In all reality a pointed finger is not what fans need. What has come out of this new predicament is actually a rallying of fans wanting to see MOTUC continue and thrive. The toy line is an ultimate love letter to fans of He-Man and She-Ra as all manner of characters from the entire universe have been released since 2008. Next year has high hopes of very interesting and highly fan demanded characters seeing the light of day. Now all any one can do is get a sub, which is what fans are doing everywhere. From emailing online retailers with requests for bulk sub purchasing to special fan made videos, the He-Fans and She-Ravers are in full force to make sure this wonderful toy line continues. The enrollment period for purchasing a sub ends on August 6th, 2012. So for those interested, get a MOTUC sub. Like yesterday.

After SDCC
Well the 2012 San Diego Comic Con came and went in a flash a couple weeks ago, which means that a lot of fans are searching and hoping to get their hands on some cool exclusives. Some items are going to be difficult to come by. Who knew Derpy would reach such dizzying heights on the secondary market? Let's not even broach the subject of the exclusive Hollywood Jem doll. I've seen prices start from $350 all the way to $999 on the secondary market. I can only hope that Integrity Toys and Hasbro make the new Jem line in ample numbers. For fabulous Jem talk, head on over to Jemcon.org. It is free to join and is the perfect place to talk with other fans of Jem! 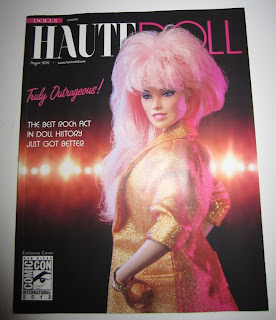 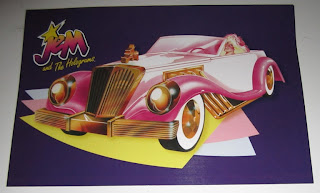 If you can't find an exclusive Hollywood Jem doll, I highly suggest purchasing the Haute Doll magazine. The August issue was given a special cover of the new Jem doll exclusively for SDCC. They are still going for a decent price on ebay and the magazine features a nice article by Carie Ferg with some pictures of Hollywood Jem on the inside. It is a nice magazine with all kinds of other articles for the doll collector too!

Most of the exclusives from Hasbro are sold out, but there are a few items still available by Mattel on Mattycollector.com. (Items like the Monster High doll are gone.) The exclusives from Toysrus are slowly finding their way into the fantastic toy stores as well. However, that lovely Zecora from My Little Pony will be showing up in the fall. 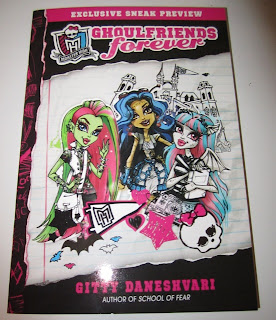 And buyer beware, there are certain items that can be found that are not exactly what they seem. For example there is an Exclusive Sneak Preview Monster High item from SDCC that can be found fairly inexpensive on ebay, but this is not a sneak peek of any upcoming dolls (like I thought it would be.) The item actually contains a snippet of an upcoming MH book (Ghoulfriends Forever) with illustrations that might also show up in the book when it is released. The new story is written by Gitty Daneshvari and will debut this September at bookstores everywhere.

Gone for Good?
There were two lines I was hoping for new information on at SDCC. Sadly the new Thundercats relaunch is over and done. The Bandai line is scrapped and as of right now the animated show has been axed. I hate to see that, but don't count the 'Cats out yet, there may hopefully be some interest elsewhere for the line. Hopefully.

Strawberry Shortcake was also noticeably absent from all the SDCC festivities. With My Little Pony currently having a moment at Hasbro, I hope everyones sweet smelling friend is just chillin' in the kitchen and hasn't reached her expiration date. I'll be putting my Nancy Drew skills to the test and will get back to you all with any news on the matter!

Turtle Power!
Now that the new Teenage Mutant Ninja Turtles toy line from Playmates is slowly finding its way out of the sewers and onto toy shelves, I have a very cool review for you that can be found on NerdSociety. Yes, yours truly, will be writing every now and then on the wonderful and super cool NerdSociety website. Paladin, faithful reader to Diary, asked me to join the great folks on NerdSociety. So I did! And I am taking the opportunity to hone my writing skills and open myself to even more readers! More will be detailed later, but that is it for now. Until next time!