July may have started, but it is never too late to crown a new Heroic Hottie! Now not all Heroic Hotties have to be big muscular superheroes. Sometimes the greatest Heroic Hottie can be small. And smart. So I present to you, the Computer Programmer, July's Heroic Hottie! 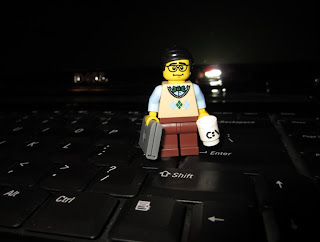 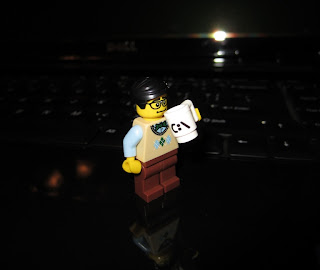 Real Name: Computer Programmer. I could tell you my real name, but I'd have to reformat you.
Heroic Hobbies: I zap viruses and help create new worlds. I also fight to preserve the Advancement of All Technological Truths. It sounds complicated, but it's really not. I also browse many forums and blogs on the Internet. I have to say, Diary of a Dorkette has captured my dorky heart!
Happy Memory: Building my first computer. You just don't forget something like that. 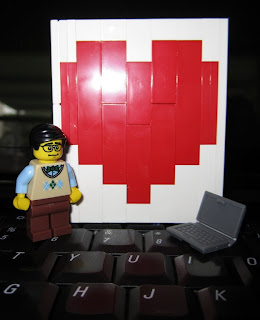 Greatest Love: My top notch laptop of course. Kidding! Kidding! (only slightly.) I do have a crush on Jem, er, I mean the Rocker Girl though.
Likes: Programs, coffee, and argyle.
Dislikes: Stereotypes, old biscotti, and Zombie. I heard he likes to eat bricks.
Boxers or Briefs? Are you really asking me that? I'm feeling a bit flustered... 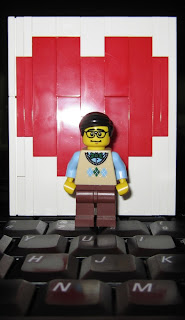 Microsoft or Apple? I am a programmer of truth and the awesomeness of all technology. I do not play favorites.
Favorite Movie: Revenge of the Nerds
Favorite Television Show: Reboot. Because they really do live in your computer.
Toy Wish: A Lego Tron series would be interesting.

Diary had a lovely time chatting with the Computer Programmer. This Heroic Hottie may fly under the radar, but know this: he is looking after all of us. He might be chatting with us on a message board, fixing our computers when they are broken, or fighting the evil villainy of Malware and Trojan Horses. Put simply, the Computer Programmer never rests. He just refills his mug.