They were trippin! The Care Bears.

Wow time flies. I can't believe I have not posted anything new in almost a week. I have so much to say too! There is the She-Ra stuff. The stories about Fear Street. Not to mention more Roach and Jem style story telling! Of course I have no real idea who even reads this site. Apparantly the post about Velvet Sky continues to be a crowd pleaser. That post gets many visits every single day. I hope those readers stick around! This site is about more than just tramp stamped toys!

So I was at a Dairy Queen this weekend buying some yummy soft serve vanilla ice cream. I always get my ice cream in a plastic dish or cup. I never eat ice cream off a cone, it is just messy. I never eat it correctly, though my best friend Glo tried to teach me one time. That story will be saved for a later date.

Anyways as I was eating my tasty treat I couldn't help but think, "This is what a cloud must taste like." Which led me to think about the Care Bears. They lived in the clouds. Actually they lived in Care-a-Lot a Care Bear utopia that rested in the clouds. They also would look in on the people of Earth and see if anyone was no longer caring about life or acting a little emo, and then the Care Bears would leave Care-a-Lot and try to get people to care again.

I loved the Care Bears and still do. However that doesn't change the fact that the creators of the Care Bears were trippin. On what I do not know, but they were trippin. Where does the idea come from for a story to involve colorful magical bears that live on clouds? What about a nice magical forest instead? Or maybe an abandoned fancy zoo?

I am always fascinated by the stories and shows I watched as a kid. First of all everything was hearts and shooting stars. I loved the shapes used in the Care Bears movies and show. Plus the Care Bears really taught me how to care; about buying things. I loved the stuffed animals and the little plastic figures as well. They had a car made of clouds! They were trippin' I tell ya! With all that talk of clouds you'd think I would've learned about a nimbus or stratus, but no. I learned that I really wanted a Love-a-Lot bear and that stealing one from my friend was not gonna work. (Spoiler alert: I got my very own fair and square.) 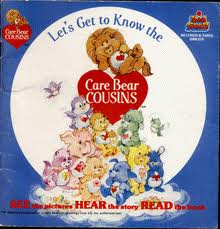 The Care Bears Battle the Freeze Machine also introduced the world to Professor Coldheart. A vile wicked man that makes Sour Grapes and the Peculiar Purple Pie Man look like saints. Prof. Coldheart wanted to freeze everything from children to cuddly Care Bears. Nothing was more terrifying than seeing a baby Care Bear frozen. Seriously. 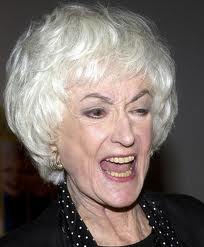 I miss Golden Girls. I would watch that show with my Grandmother and baby brother while eating Domino's pizza. Anyways I digress. Find a way to check out those old Care Bears cartoons, they are really fun and are on dvd I believe.

That is really all for now. Oh wait, there is one more thing! Gregory Maguire is releasing the final book in his Wicked series! For those wondering what this is, Gregory Maguire is an awesome writer who has given us this whole new take on the Wizard of Oz story. His Wicked series may have inspired the musical, but the books are much more adult. I am so ready for this next installment!

So anyways get ready for Toy Chest Tuesday tomorrow! It won't be anything ravishing, but it will be just as fun!
Posted by Michael Lynn P. at 7:04 PM

Email ThisBlogThis!Share to TwitterShare to FacebookShare to Pinterest
Labels: They were trippin