It Was Supposed to be a Three Hour Tour...

... that became a fun topic from the League of Extraordinary Bloggers! The topic this week consists of that lovely what-if:

You are stranded for 10 years on a deserted island. You can take with you the following:
One food item (in a never-ending supply), one movie, one game, and one pop culture character.


So here's the thing. Deserted islands have long been a fun story line staple. Everyone loves Gilligan's Island. I remember a boy in high school told me that out of all the characters from that show, he thought of me as Ginger. It was the nicest thing anyone had told me at that point in my silly life, until I realized he was making the connection because I had just dyed my hair red. 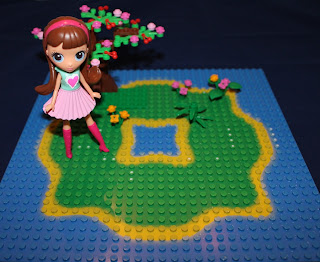 Ok so I'm going to take a cue from Big J and his food topic, because my food choice would also involve a combo. 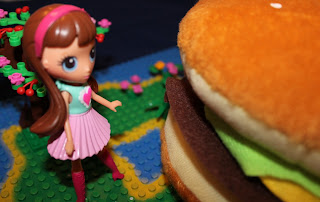 It would be a cheeseburger, fries, and Dr. Pepper. I'm not sure from where, but the cheeseburger would probably come from McDonald's or Whataburger. I guess there would be like a fast food tree or plant that would provide me with such sustenance. Either way, cheeseburgers from those places would be fine by me for 10 years. I'd make sure I got plenty of exercise too, because I would want to keep my hips in check.

Out of the four items, this has got to be the most difficult. I enjoy movies a great deal and have some big time favorites, but I really was stumped on which one I would want to watch for ten years. My first thought was something like The Little Mermaid or Edward Scissorhands, but those movies make me cry too much. I would want something that would be fun and entertaining and would not remind me that my life was utterly depressing being stranded on a deserted island. LeAnn said something about her movie pick that helped me decide on mine. So I ended up going with... 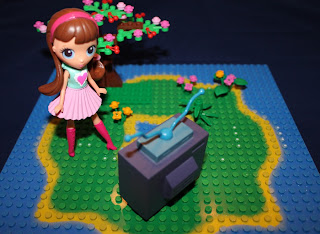 Indiana Jones and the Temple of Doom. It is a movie that has it all. It is also a movie that would feel like a close comfort. Plus, I adore Willie Scott. Growing up I wanted nothing more than to be just like her, and I am fairly certain that my being on a deserted island would be very Willie-esque. But, it is also a woman's prerogative to change her mind, so I do realize that I would want to maybe sneak on some copies of The Little Mermaid, Clueless, and Scream too, just for safe measure.
﻿

3. The Game. You spoony deserted island.

When I read this, there was only one game that I would be willing to play over and over for 10 years. Of course, I should follow Daniel's lead on his game, but I am just too terrified of that game. Seriously I jumped like five times in the first 15 minutes. I would need to play a game of just epic proportions. So it could only be this gem: 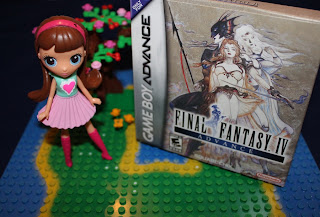 Oh how I love this game. I have played Final Fantasy IV over and over on such a continual loop, that I know I'd be down for playing that game for 10 years. In fact, it took me near that long to beat it the first time around. I'm only half joking. (The key is to make sure you have high levels, a factoid I didn't understand in my younger days.) 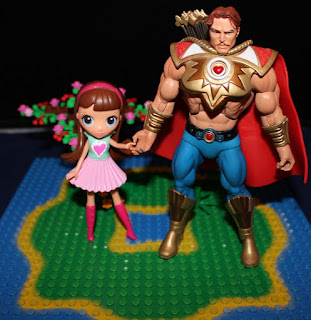 I know what your thinking. "Bow!? But Miss M, wouldn't you want to be stranded with She-Ra or Mermista?" Well here's the thing. She-Ra needs to really focus on saving the world, she does not have time for being stranded on an island. And Mermista would simply swim us to civilization. No, no, Bow is the ultimate person I would want to be with on a deserted island. I, of course, have my reasons. 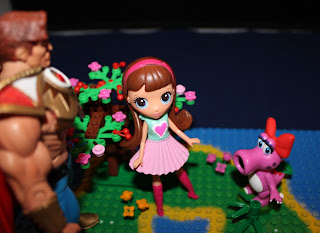 Aside from Bow's dreamy good looks, I know he'd also do his best to make sure that we weren't killed by any wild life. I don't care how deserted an island is, there is always wild life. Plus, wild life and I don't mix too well. I'm too cute to deal with crazy creatures spitting flying eggs at me. Know what I mean? 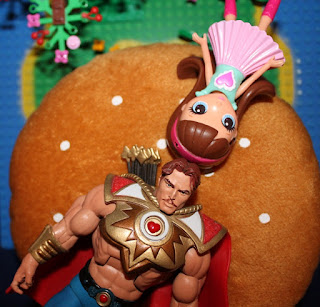 A deserted island would be the most romantic place in the world! Bow and I would have romantic meals of cheeseburgers and fries. We'd stay up late at night looking up at the stars. I mean Bow just seems like he'd make things really special and romantic. And let's be clear on something, I'm gonna need some romance if I'm going to be stranded on an island for ten years! We're talking no make-up. No razors to shave my legs. No extensive wardrobe to feel fresh and attractive. Romance will be the only thing to keep me alive. 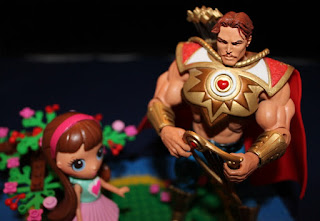 Finally, the greatest thing about Bow would be his ability to play music. I could just hear it now, he'd be serenading me morning and night with his sexy harp skills. Oh I would just be thrilled to hear what kind of music he'd come up with. It'd be just perfect. Until of course he'd go crazy and hit me over the head with that harp complaining about, "All you want to eat is cheeseburgers, and instead of bringing your Nintendo DS, you should have brought a razor along for those cactus legs." Yeah, here's to Bow and I even surviving the ten years...
So that is about it for my four special items on a deserted island. Be sure to check back at Cool and Collected for more on folk's deserted island topics. This should be a very interesting topic for sure.
And, be sure to stick around, I have all kinds of fun stuff coming up soon. Take care everyone!
Posted by Michael Lynn P. at 12:04 AM