It is time for an all new Woman of Wonderosity! I was sitting with my mentor April O'Neil and we were discussing this month's W.O.W. over some cherry cokes and pizza, when April decided to drop the truth: I was going on tour with this month's W.O.W. Read on to find just what I learned while on the road with a truly outrageous talent!

The world once knew her as one part of the spectacular band Jem and the Holograms, but Kimber Benton quickly paved a path for herself after the grunge loving 90's shattered any hope of the glittery Holograms making it out of the 80's alive. Finally touring on her own, Kimber sat down with me for a glimpse into her hectic life. 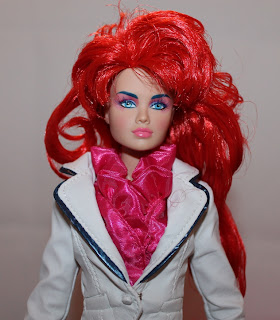 Diary of a Dorkette: Ok so before we get started, I just have to say, your hair is so big. Does it ever get knotted in the worst way?
Kimber: Totally! I never gave up that trend of blowing through cans of hairspray. It can take a lot to get my hair back to normal.
Diary: Have you ever thought about wearing wigs?
Kimber: Oh no Miss M! My hair is rooted in deep! A wig would just be a mess.

Diary: Well maybe. So let's see, you just released a new solo album called In Charge. What was that process like?
Kimber: Outrageous! I have always wanted to go out on my own, and the stars just fell into alignment. This solo album was freeing, hence the title. I feel like now I'm in charge of the music and what I want to say. 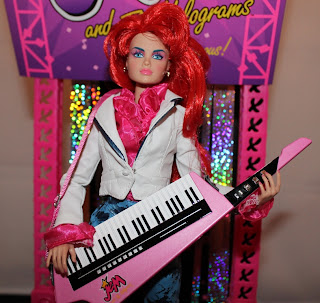 Diary: It certainly seems like your fans are loving the things you are saying. Your album is selling well. You were trending for two seconds on Twitter the day of the album's release, and you have a show stopping tour. It sounds like it is good to be Kimber right now!
Kimber: Thank you M. I totally appreciate that. This is a dream come true for me. I enjoy writing music and getting to perform again, it is just exhilarating.
Diary: There have been plenty of rumors about this tour though, the biggest one being about some surprise guests. Word on the street is that your friend from rival band The Misfits will be showing up at some shows. Will fans get to see Stormer and you singing again?
Kimber: Oh gosh Miss M, I can't comment on rumors!

Diary: But these rumors won't stop! Fans are frothing at the mouth at the possibility to hear the two of you both singing songs from the Holograms and Misfits playbooks!
Kimber: I've been reading about that online. Fans are certainly divided by that prospect. They'll just have to wait and see though! I will say this, being out as a solo act certainly gives me certain freedoms to do new and different things. Like collaborating with other people I would not usually have collaborated with.
Diary: Aside from Stormer, what of the members of the Holograms? Is there a chance fans will get to see the Holograms back together?

Kimber: That question needs to be directed to someone else! I have no control over that.
Diary: The mystery thickens! Are you trying to say that there is someone keeping the Holograms from reuniting again?
Kimber: I'm saying that some people may be a little too busy to get the band back together again. But that's all I'm saying.
Diary: Fascinating. Well I hope that something can happen, I'd hate to see so many fans get let down. Speaking of getting let down, how is your dating life? I seem to recall you notoriously having difficulties with double booking your dates. 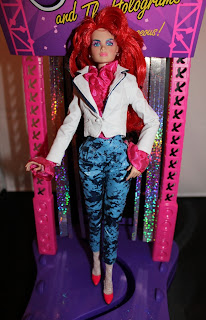 Kimber: That wasn't all I was doing! There was that would-be wedding too! Not to mention jumping into a jacuzzi dressed in couture. What can I say? I was young back then and entirely beyond boy crazy. Luckily I've managed to keep track of who I'm going out with.
Diary: That's good! So, anyone in particular that you are seeing right now?
Kimber: Not really. I've just been so busy with the tour and everything that dating has not really been in the cards. Though I do ring up Sean Harrison every now and then.
Diary: What are your thoughts on being the May 2013 Woman of Wonderosity?
Kimber: I am beyond thrilled M. I have long been a fan of Diary of a Dorkette. I was wondering when I'd appear on there. Whenever I want to get a good laugh and feel better about myself, I just click there. It is truly outrageous!
Diary: Oh. Ok. Well I'm glad you like it so much.
Kimber: Oh yes. 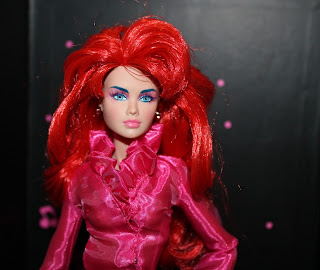 Diary: So when you are on tour, what are some requests you make for being backstage? Any crazy food requests?
Kimber: No, not really. I tend to keep lots of fruits and veggies around. Every now and then there might be some candy and such. I have to maintain my figure!
Diary: And you've never looked better! You and your sister both look so fantastic. Age has been a wonderful thing. Tell me though, has your sister had any work done? She just looks different. 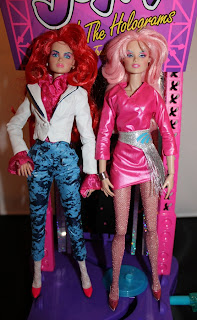 Kimber: No way! Jerrica does not believe in having work done. She is full of too much integrity to ever have her face tinkered with. Besides, I'm sure she'd just have Synergy help with any saggy or baggy areas.
Diary: Wow, what a world we live in. So back to your new album and tour, what took you so long to come back? Fans everywhere have been waiting for your return for ages.
Kimber: Oh goodness where would I even begin? After Jem and the Holograms broke up I took some time off. After all the drama and near death attempts at the hands of the Misfits, I entered into therapy. I just had terrible nightmares about that time. I was nervous around scaffolding. I've yet to return to Hawaii or really any place with a volcano. I just needed to relax and decompress. Once I was ready to start writing music again, I thought it would be with the rest of the band. But everyone was interested in their own thing. The world changed so much. I did some writing for other singers and groups, but a few years ago I actually sat down to work on my own stuff. It has just been a wonderful experience.
Diary: It sounds like it. I'm really glad to see you back and better than ever! And I thank you for allowing me backstage with you on your tour. This has been an event for sure!
Kimber: It's been my pleasure having you here M.
Diary: Well I know you are going to be on stage soon, so I guess we should wrap this up. Anything else you would like to add?
Kimber: Of course! I want to thank everyone who has supported the new and improved Kimber. I don't mean to talk in third person, but it's been a long time since I've returned to the stage. And it is all due to the fans who have been there and never given up. Keep sharing the love, because you haven't seen nothin' yet!
Diary: Sounds good! Have a blast on stage Kimber! 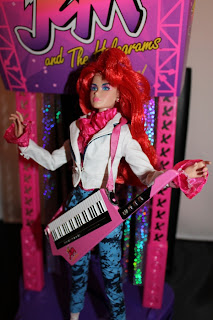 Being on tour is a difficult thing. Kimber does it with such ease. Night after night she goes out on stage to perform her new hits and every now and then she performs some older hits from a different time. While I'm behind the scenes watching her sing to sold out crowds, I spot moments where her face gives way to simpler times. She loves being on stage but it is different without them, without Aja, Shana, and Jem. Later on during the downtime to one of her shows, I ask her if she thinks Jem and the Holograms will ever truly come back to form. Kimber can only smile and sigh, "I hope so. I really hope so." I hope so too. It was a pleasure getting to spend time with Kimber. The talent she possesses is awe inspiring and totally makes her the truly outrageous May 2013 Woman of Wonderosity! 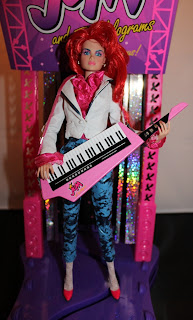