Oh the League of Extraordinary Bloggers is cooking up one of my favorite topics this week!

Bring it back! What product or media property would you like to see revived, and how would you imagine it being different today?

There are many things that I have talked about that have needed a good old fashioned come back. I've wished for Poochie, Zombies Ate My Neighbors, and Moondreamers to all return as well as the usual heavy hitters I talk about on a constant loop. So what to talk about this time?


Well, had this topic appeared 6 months or so ago, I would have gladly offered up my wish for All My Children and One Life to Live to be brought back. Luckily for me they are back and better than ever. So that begs the question: what the hell would I want brought back? I just recently caught up on the unaired final episodes of Don't Trust the B in Apartment 23 and I already wish that show was back. It was so good! But, I didn't want to totally pick that show for this week's topic.

Then I thought about She-Ra. I mean She-Ra seems like the most obvious media property I would want brought back, but since she is kinda back already with some merchandise and a possible return to comics, I figured it would be kinda too easy to just say her. (Though in all honesty, I really do want a nice She-Ra show to be brought back.)

So with She-Ra off the list, I found myself lost. I struggled and even toyed around with the idea that maybe Dynasty needs to be brought back. With the glowing success of the Dallas reboot, it would just make sense for Dynasty to have its chance in the reboot spotlight.

But no. I'm not going to waste my week's topic on Dynasty. As much as I love a good wedding episode with a shocking cliffhanger season finale, I want to really talk about something that needs to be brought back. (After all I have some Dynasty dolls, so for now I'm good on a reboot.)

Oh goodness, what do I want to see come back!? I like so many things, it is difficult to really pin-point a specific thing, so I might give out a very broad answer.

I want to see shows come back that have given us reason to celebrate bad ass women. When I think about the nature of things in our current pop culture climate, I sometimes look around and say, "Where's the beef?" Oh I'm joking on that part. It is actually really really late as I am writing this and I am finding myself really hungry for a cheeseburger.

But the real question is, where are these cool female characters? All types of super heroes are flying into our movie theaters and blazing across our television screens, and it just so happens that they are all mostly male. Now don't get me wrong, I am totally cool with watching male super hero movies and TV shows. But I want to see Wonder Woman. And when I say Wonder Woman, I'm not talking about some skinny hot 20 year old zygote in an itty-bitty costume bouncing all over the place. I'm talking about a real kick ass Wonder Woman. Either as a television show or even a nice big Summer blockbuster movie, I want Wonder Woman back in our pop culture conscious, just like I want to see other kick ass women return as well.

Where is Buffy or Xena? Or even Ripley? Whatever happened to Red Sonja? I was kinda looking forward to that Rose McGowan movie. Who else? Freakin She-Ra. There, I said it. Again. I always say it. She-Ra should be a national treasure except she lives on another planet and I don't really know that she would qualify as a national treasure, but she is such a great character. And it isn't really just She-Ra, I mean that whole cast of characters from the She-Ra cartoon are just fascinating. Don't let those silly names fool you, there is some major story to be mined with characters like Glimmer, Castaspella, Mermista, Frosta, Sweet Bee, Perfuma, Netossa, and Spinnerella. (I know I'm missing so many more like Catra and what-not, but cut me some slack. It's like 2 in the morning and that damn cheeseburger is calling my name. I will resist though! Must. Be. Able. To. Fit. Into. Jeans.) All these names mentioned are just a bunch of really cool characters with story lines waiting patiently to be told.

So if it were up to me I would bring back all those really great characters. I especially want Wonder Woman brought back, because it just feels odd to me that after all this time and all those sequels and reboots starring those other guys, there sadly has not been a new WW show since the Linda Carter days. We need to get it together. At this rate I'm going to be 94 before I ever see a Wonder Woman movie. I refuse to be wheeled into a movie theater wondering who Wonder Woman is because I'm too old to remember. Whoever is wheeling me in will also probably refuse me the joys of eating popcorn and candy for fear my dentures will fall out or something. God I'm hungry. Anyways... someone, anyone, just bring her back.

What of the others, those restless bloggers who type up fun things that I enjoy reading? Check out what is on other people's minds:

Paxton Holley has a Six Million Dollar idea for a reboot...
Lee and Linz are both after my zombified mind and outrageous heart...
The Goodwill Geek has heard it through the grapevine...
I think we can all agree with what Big IV wants brought back...
Kal has a plan to bring Star Trek back to TV...
3B wants a cool tasty treat brought back, and it would almost be as good as a cheeseburger right now...
No matter how it is spelled, Newt wants this show back. And it totally should be...
The Trash Man wants to scare me to death at 2 in the morning (that movie still freaks me out.)
I never knew of the Sym-Bionic Titan before, but Victoria knows the scoop...
Brian has a fresh steam punk idea for the one and only Buck Rogers...
Chris has a nice countdown of some comic properties that need a return...
And Rich picks two shows he would like to see come back...

For more updates on what other people add to this week's topic, be sure to head over to Cool and Collected!

I am about done in for the night! It is way past my bed time and I spent a lovely evening having a game night with some friends. We played the old 80's edition of Life. Oh goodness, it was a mess. I also baked a cake; a nice white cake with bubble gum icing. Oh it turned out really well.

Anyways, be sure to stick around because Adora's Search for Honor is going to be all new this weekend with a chapter I have been sooo longing to share with you all. I have finally made it to that point and I hope it will be enjoyable. Take care everyone!!

P.S. Since I wasn't able to take some new pictures, I thought I'd post some pictures I have taken before. They always put a smile on my face! 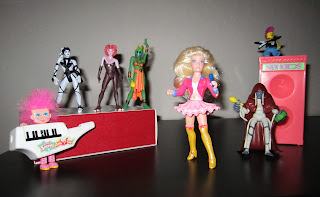 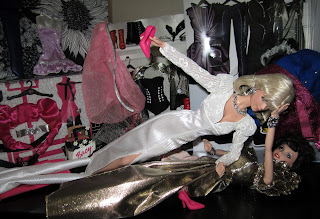 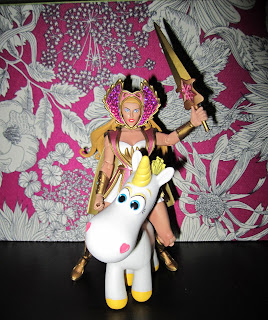 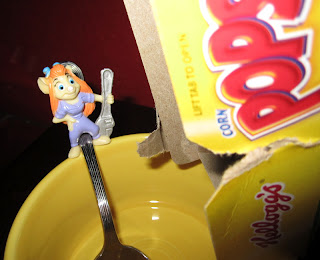