...but those Bond Girls could sure use some stories of their own. The Nemesis Complex Blog Collective wanted to discuss a very important topic, those favorite minor characters we all know and love. And after much long thought, I finally realized the minor character(s) that I have long wanted to see more of. Read on to find out what I'm rambling about this time!


So minor characters can be either super annoying or they can be the presence we long to see more of. I could rattle off a never ending list of really cool minor characters that need to share in the love of their main stars. Originally, I was going to talk about Roll from Mega Man who would do well to have her own fun video game, but then I remembered something that I have long wanted to see: Bond Girls in their own adventures and series.

Ok, so run with me on this. I love the James Bond movies. They are full of crazy adventures and good music. Setting aside the dashing Mr. Bond for just one second, there are also a bevy of Bond babes that have shared some minor screen time in the 50 or so years that these movies and books have been entertaining folks.

I want more! Throughout all the various Bond movies, I always wonder about the lives of the Bond girls. They never make it into the next movie. Some of them die, but some of them are actually interesting characters that could carry on their own tales. This is why I would love to see a Bond girl comic series or something. Like the surviving Bond girls form a network of talent where they are like super spies that work on their own to save the world, and maybe even save Bond a few times. They all have things in common, like they've shacked up with Bond, but they know that they have their own talents and powers.

The team would consist of a few core characters while other Bond girls would come and go depending on the mission. I'm thinking the core team would be Jinx (Die Another Day.) Jinx would be the leader of the group and the super spy. Solitaire (Live and Let Die) would be the eyes and ears of the group. Her special powers with the Tarot cards would help provide a mystical sense to the team, even though she supposedly lost those powers after losing her virginity to James Bond. We now have vaginal rejuvenation in the present day, so her powers could be reinstated. Pussy Galore (Goldfinger) would be the martial arts expert and highly trained with piloting aircraft. Kissy (You Only Live Twice) would be a strong secret agent with a shocking secret, she gave birth to Bond's baby, and the baby daddy would not know! Octopussy (Octopussy) would be the one to front the spy group with all the money to afford such great tech and other stuff. Domino (Thunderball) would be a special woman with ties to the heroes as well as the underbelly. Wai Lin (Tomorrow Never Dies) would also round out the team. One such story would see the spy group trying to recruit Honey Rider (Dr. No) to join their team for her impressive raw fighting skills.

It would be so cool! They'd be fighting to save innocent lives from being forced into the sex trade! They'd be fighting against evil European counts! It'd be glamorous and fueled with action! Villains would include all kinds of James Bond baddies, especially May Day (View to a Kill) in all her Grace Jones glory. I would so love this. Bond girls need to step away from Bond and get with their own tales of intrigue and danger! I think it would be fun. They have as much history and significance as Bond himself, and I also really miss Danger Girl from the 90's, so this could really make up for all that.

So that is my thought on minor characters. In the mean time, check out the very cool Solitaire Barbie doll. She was my favorite. I really loved the theme song to Live and Let Die too. Oh you gotta love Paul McCartney. 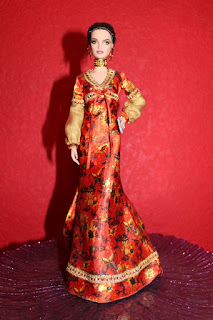 From the dress to the face, Mattel really made an authentic looking Solitaire! 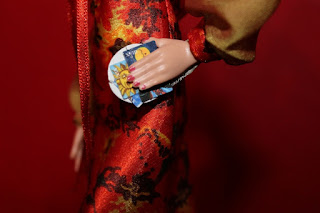 She even comes with Tarot cards! How cool is that!? 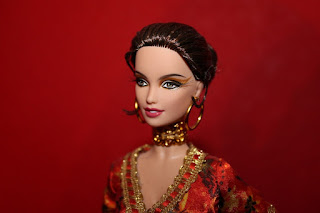 I love the Bond Girl Barbie line from a couple years ago. I really would love to see some more emphasis placed on the very cool Bond Girls. They have always been independent type women, so why not have their own independent series?

That's it for this topic. The Goodwill Geek also has some ideas on minor characters too that will slay you! And check out the Nemesis Blog Collective for more fun topics. Stick around though, I will be posting a nice little Toy Chest Tuesday later on!