One last Toy Chest Tuesday for October, and it's just a click to the left...


Ok so technically the Rocky Horror Picture Show is not a Halloween themed movie, but there is a reason I am talking about this movie and some vintage toy goodness a few days before Halloween. A long, long, long, long time ago, Fox would broadcast Rocky Horror on television around Halloween. Now I am not entirely sure how many years they did it, but I do seem to recall at least two Halloween seasons where Fox would air a highly edited version of everyone's favorite musical.

I remember watching it and just being like, "What is this?" It was just a kooky film. It wasn't until I was in high school and I had friends who would go to live shows that I would learn just what the big deal was all about. I also got to finally see the full movie in all its unedited-ness. I was hooked. I've never really been a big fan of musicals, but I have always loved the Rocky Horror Picture Show. Forget experiencing a live show for a second; that is an experience all on its own. The actual movie is really enjoyable. The songs are amazing and fun. The characters all have their own unique charm. Tim Curry runs around in a corset with killer makeup on. I mean how could anyone not find this movie entertaining? The best is that my local grocery store used to play the Time Warp from their stereo. There is nothing like doing the Time Warp on Aisle Three.

I think out of all the characters though, Magenta was one of my favorites. If only for her Bride of Frankenstein hair at the end. Honestly, I like every character. It just has a charm about it that has never grown old or stale. I also love the message at its core, "Don't dream it, be it." I'm a fan of anything that tells you to be who you are and let your dreams soar. Life is way too short to be caught up in unhappiness or messiness.

In 2000 the defunct Vital Toys released some amazing Rocky Horror Picture Show action figures that I knew had to be in my collection. I remember pre-ordering a special set at Suncoast Video. Remember that place? I loved Suncoast. It was the perfect destination for all kinds of things I loved. The folks that worked there also liked that I was dorky, so they'd always give me hints on when cool toys were coming out so that I could either pre-order or they could hold it for me when they arrived. I was very ecstatic about the special three figure set consisting of Riff Raff, Columbia, and Frank N Furter from Vital. Let's look! 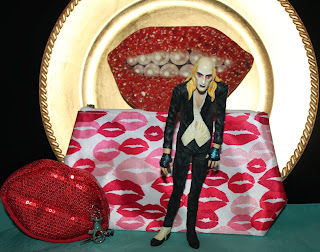 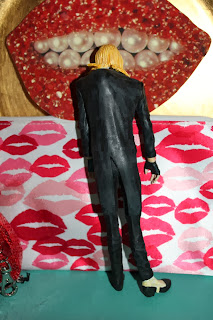 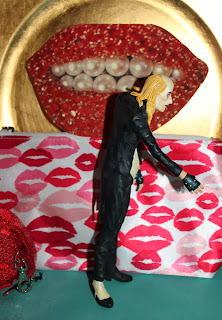 He is the weakest figure from the set. His sculpt hinders the figure greatly. The top part of his body is very heavy due to the hump on his back while the over all lean of the sculpt makes it very difficult for the figure to stand on his own. There is also a severe limit of articulation. 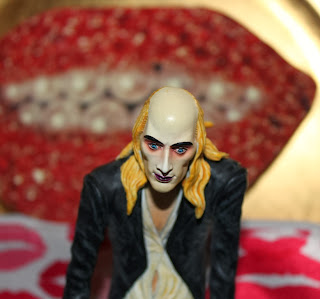 What the figure lacks in articulation and posability, he more than makes up for in his overall appearance. He looks like Riff Raff. I was completely blown away when I first saw these, I felt like they had come to life. I do wish though that they had made Riff Raff in his golden space suit. That cowlick ponytail on his head is just the Cat's Meow. I always felt so bad for him. Riff Raff was just misunderstood, he so wanted to be liked even though he was just too cool for school. At least that's how I interpreted him. 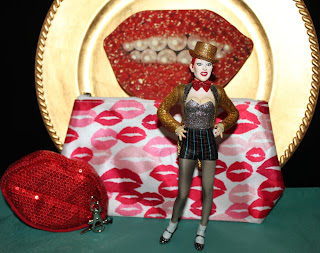 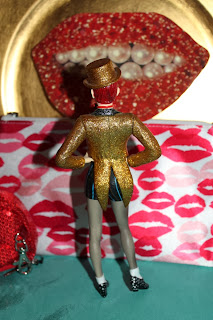 Probably my favorite of the three figures, Vital did an amazing job on Columbia. I love the golden glittery paint on her clothing. She can also stand rather well on her own. I also like her articulation, there could be more, but there seems to be just enough. 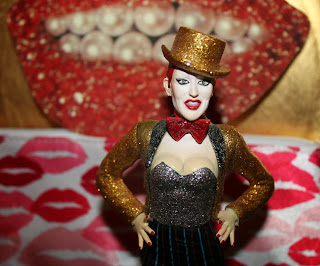 Every time I think of Columbia I can't help but think of my close group of girl friends from high school. We all loved this movie so much and they remind me of her. Her voice and high energy made her into just a fun character. Columbia stands out as one of the most memorable characters from the movie, which is a tough thing to say because everything about that movie is so memorable. 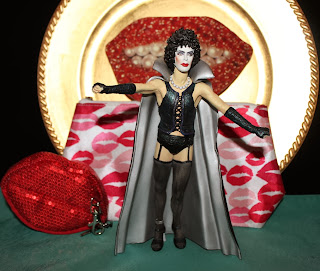 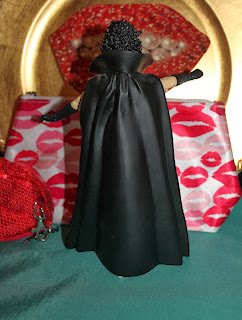 What else can I say? When this set came out I was just shocked in the best way possible. I never would have guessed in a million years that Rocky Horror Picture Show toys would actually be made, and yet there they were! Frank 'N Furter was made into a collectible action figure! With removable cape! Just look at him, he is ready for the show. 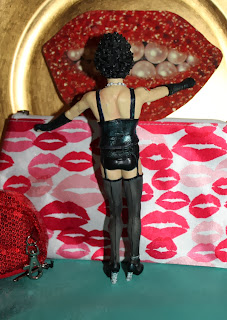 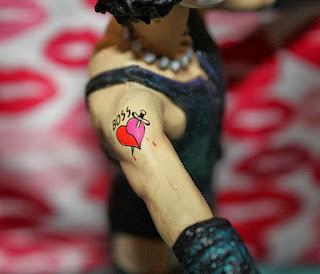 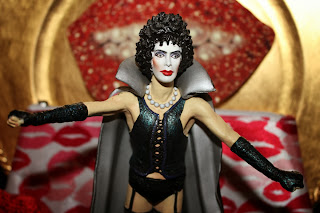 Again, Vital Toys really captured the look of these characters. This looks like a good version of Tim Curry. The one thing that has always bugged me about this figure was that his arms are forever meant to be out in the air. My arms get tired looking at his arms frozen in time like this. I would have loved just a little bit more articulation.

Of course it was 2000. Collectible toys have certainly come a long way. One can only hope though that another great toy company will come along and make some new Rocky Horror Picture Show collectible figures. I'd love to have a Magenta, Brad, and Janet. Of course a Rocky in golden speedo wouldn't be bad either.

The Rocky Horror Picture Show is one of those movies that has just stuck with me. I still enjoy singing along to the songs. It is not uncommon for my brother and I to just start singing along together. During our parent's great garage sale this past Summer we found ourselves bored waiting for customers and to pass the time we listened to the soundtrack and sang to our heart's content in the heat of the garage. It was so much fun and that is what I think of when I look at this toy line: fun.

That's it for this Toy Chest Tuesday. The Countdown to Halloween is almost here. I've got two more posts to do and they are going to be awesome! This spooky month is going to end on a high note! Take care everyone!
Posted by Michael Lynn P. at 5:56 PM